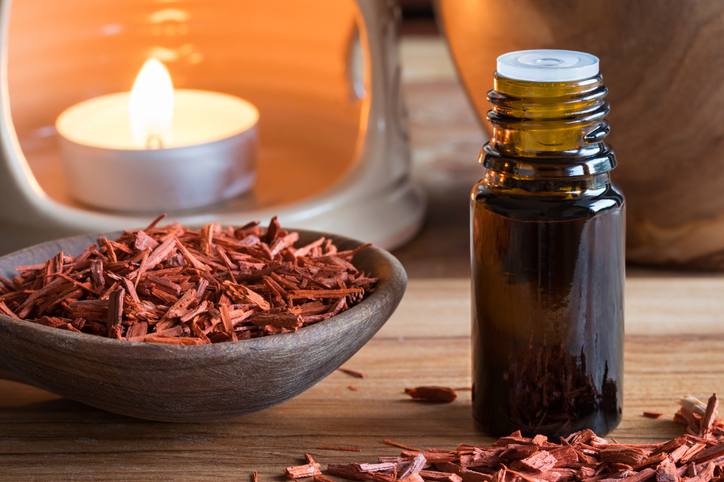 A research team out of Mauritius, Australia and France, Kolanthan et al, recently published their most recent study on the topical application of sandalwood in Cosmetics with an in vivo study on blue light and pollution protection.

In this most recent follow-up study, Kolanthan et al said they wanted to measure sandalwood’s real-world blue light and pollution protective potential as demand for these qualities in personal care products increases.

“As this urban lifestyle grows, more and more people are directly exposed to pollution caused by vehicle fumes, industries, cigarette smoke and others,”​ Kolanthan et al said. “To this end, frequent application of skincare products that act as an effective shield against the exposome, such as blue light and pollution, is crucial.”​

Promising protective data for both pollutants and blue light

Kolanthan et al said the negative effects of pollution on the skin are well documented, including hyperpigmentation, premature aging, skin roughness and the disruption of the skin barrier function.

The effects of blue light on the skin are still under investigation, but Kolanthan et al said both ambient dust and blue light are capable of increasing oxidation levels. The research team tested sandalwood oil against the known antioxidant ingredient alpha-tocopherol.

While previous lab studies on sandalwood oil showed its ability to scavenge reactive oxygen species, this study tested its protective capabilities on healthy volunteers when exposed to blue light and pollutants in a clinical setting.