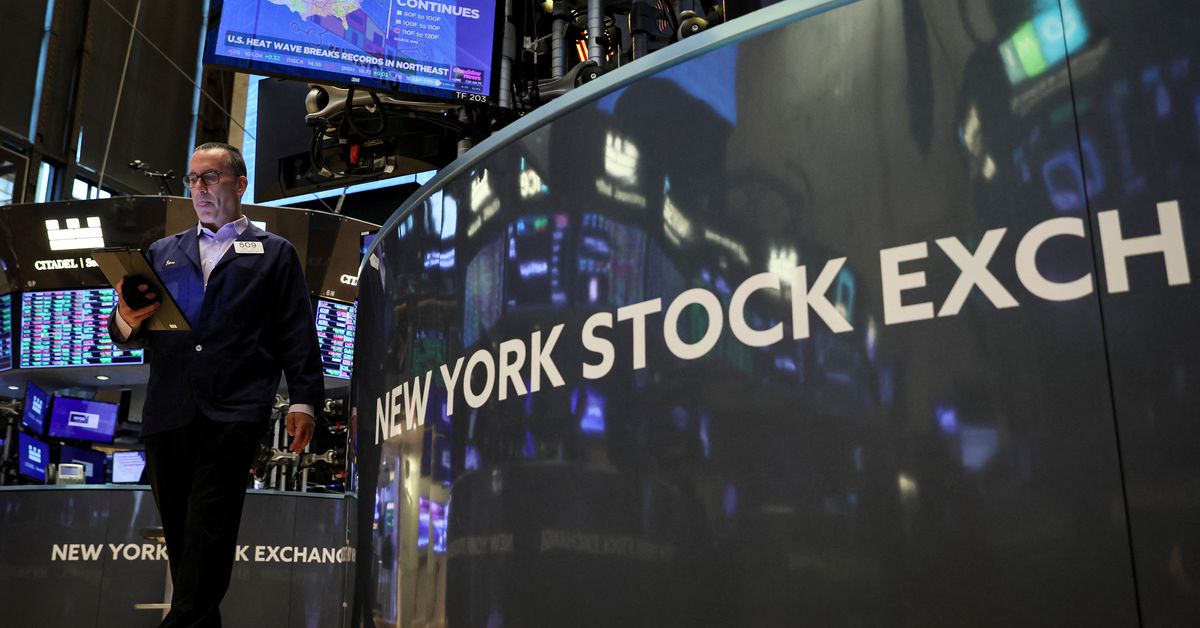 NEW YORK, July 25 (Reuters) – The S&P 500 see-sawed on Monday and ended close to unchanged as investors girded for an expected rate hike at a Federal Reserve meeting this week and earnings from several large-cap growth companies.

“Right now we’re just in a holding pattern waiting for all those developments to play out,” said Michael O’Rourke, chief market strategist at JonesTrading in Stamford, Connecticut.

The Fed is expected to announce a 75 basis-point rate hike at the end of its two-day monetary policy meeting on Wednesday, effectively ending pandemic-era support for the U.S. economy.

Comments by Fed Chairman Jerome Powell following the announcement will be key, as some investors worry that aggressive rate hikes could tip the U.S. economy into recession. read more

This week is expected to be the busiest in the second-quarter reporting period, with results from about 170 S&P 500 companies due. Microsoft Corp (MSFT.O) and Google-parent Alphabet (GOOGL.O) are due to report Tuesday. Apple Inc (AAPL.O) and Amazon.com Inc (AMZN.O) are set for Thursday.

The Nasdaq, which has led declines among major sectors this year, gained more than 3% last week.

After the closing bell, shares of Walmart (WMT.N) were down more than 8% after the retailer said it was cutting its forecast for full-year profit and blamed food and fuel inflation. read more

S&P 500 earnings are expected to have climbed 6.1% for the second quarter from the year-ago period, according to IBES data from Refinitiv. Along with inflation and rising interest rates, investors have been concerned about the impact of currency headwinds and lingering supply chain issues for companies this earnings season.

Recent housing data has suggested the sector may be a harbinger of a cooling economy. read more

Volume on U.S. exchanges was 9.34 billion shares, compared with the 11.0 billion average for the full session over the last 20 trading days.

Advancing issues outnumbered declining ones on the NYSE by a 1.55-to-1 ratio; on Nasdaq, a 1.05-to-1 ratio favored decliners.