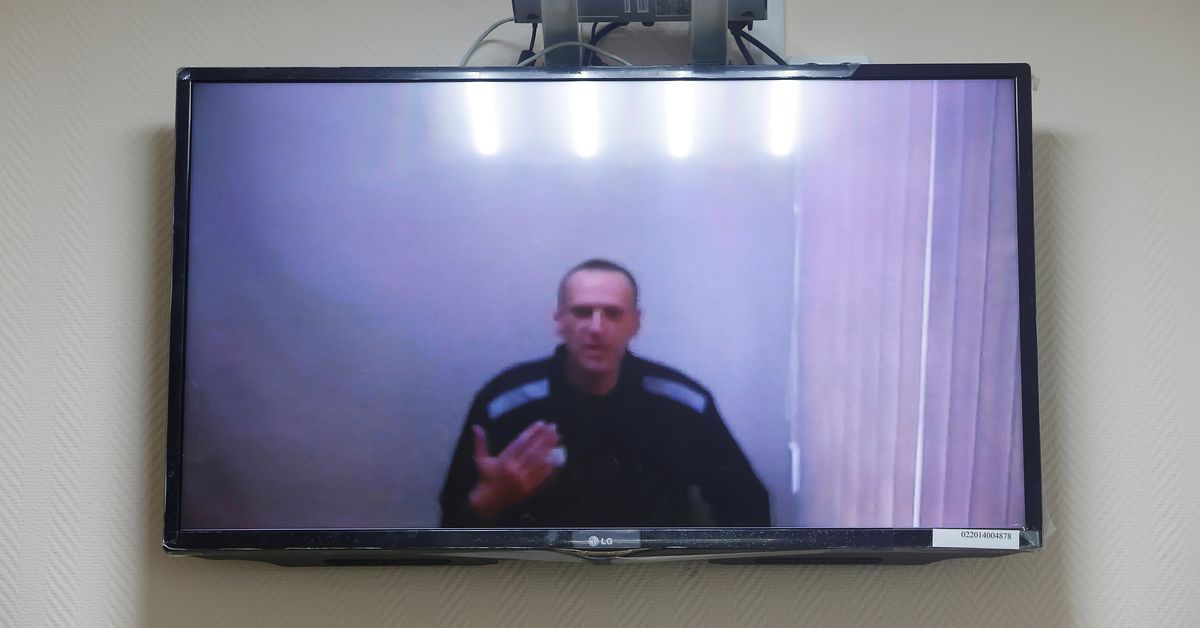 Russian opposition leader Alexei Navalny is seen on a screen via a video link during a hearing to consider his lawsuits against the penal colony over detention conditions there, at the Petushki district court in Petushki, Russia May 26, 2021. REUTERS/Maxim Shemetov/File Photo

Navalny’s supporters earlier accused the U.S. tech giants of caving in to Kremlin pressure by removing the anti-government tactical voting app from their stores at the start of three days of parliamentary voting, which ended on Sunday. read more

Navalny, who is in prison, has added his criticism, according to comments carried by his social media accounts.

“The giants Apple @Apple and Google @Google have complied with the Kremlin’s demands and removed our app from their stores. My beloved YouTube has deleted our video, and the Telegram messenger has blocked our bot,” he said in the posts.

“I know that most of those who work at Google, Apple, etc. are honest and good people. I urge them not to put up with the cowardice of their bosses,” he said.

The tactical voting app, devised by allies of Navalny, gave people detailed recommendations on who to vote for in an effort to thwart the ruling United Russia party, which supports Putin.

United Russia secured majority in the State Duma lower house of parliament, amid accusations of mass fraud from backers of Navalny and other parties. The election commission said the vote was clean and the Kremlin called it an honest vote. read more

Google decided to remove the app after being told its local staff could otherwise face jail time, one person familiar with the situation said last week, declining to be named.

Responding to that comment, Navalny said in his social media posts: “If so, then keeping silent about it is the worst crime. This is encouragement of a hostage-taking terrorist.”