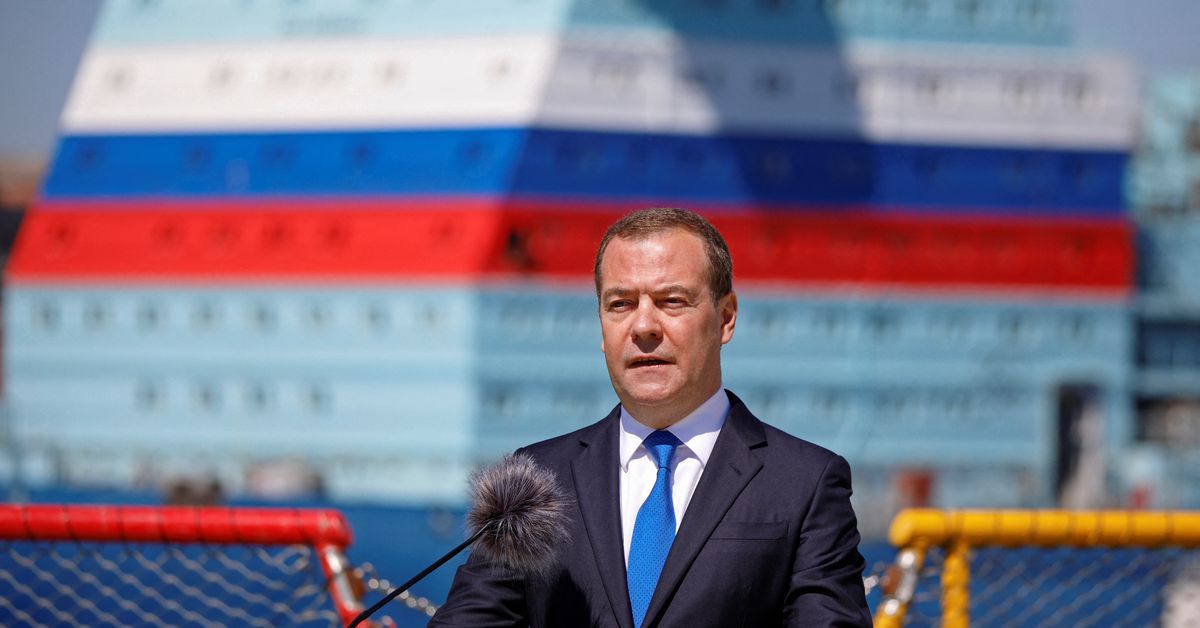 Sept 2 (Reuters) – Russian ex-president Dmitry Medvedev said Russia would turn off gas supply to Europe if Brussels pushes ahead with a price cap on Russian gas.

Responding to comments by European Commission head Ursula von der Leyen about putting a ceiling on the price Europe pays for Russian gas, Medvedev wrote on the Telegram messaging app: “There will simply be no Russian gas in Europe.” read more