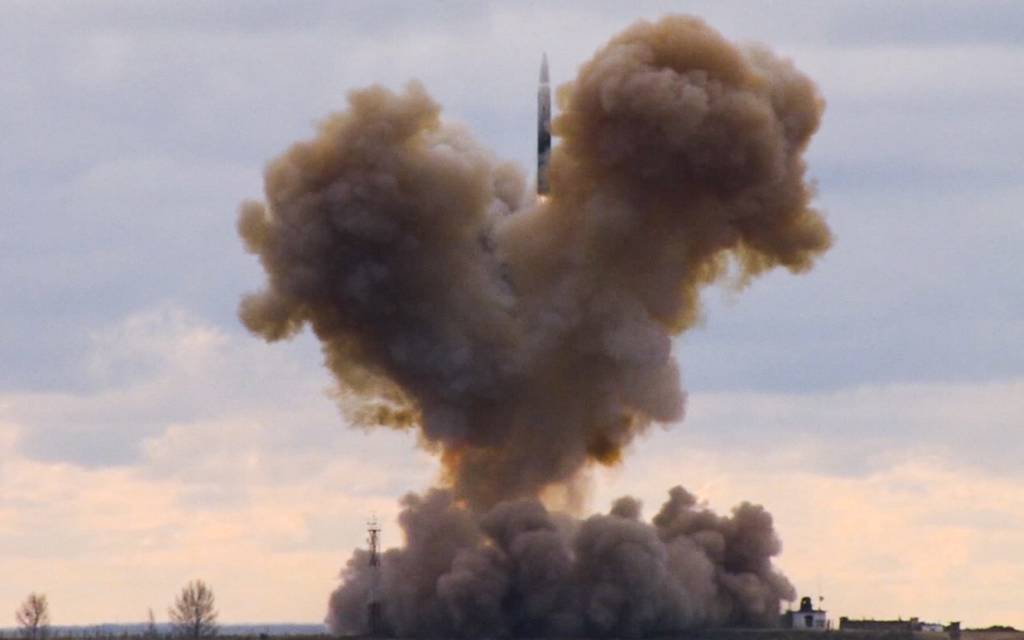 MOSCOW — A court in Moscow on Thursday ordered a specialist in hypersonic technologies to be kept in jail pending trial on charges of high treason, in the latest in a series of espionage cases targeting Russian scientists.

The Lefortovo District Court ruled at a hearing behind closed doors that Alexander Kuranov, director general and chief designer of the St. Petersburg-based Hypersonic Systems Research Institute, should remain in pretrial detention for two months. The materials of the case were classified, but Russian media reports said Kuranov was accused of handing over sensitive information to representatives of unspecified foreign countries.

The website of Kuranov’s institute states that it has worked on the concept of the Ajax hypersonic vehicle, a project first proposed in the late 1980s by Soviet engineer Vladimir Freighstadt. Instead of protecting a vehicle flying at hypersonic speed from the heat it generates, Freighstadt suggested assimilating the heat to augment energy resources.

It’s unclear whether Freighstadt’s concept has seen any practical development since he first proposed it.

The website of Kuranov’s institute also contained a program of an international workshop on thermochemical processes in plasma aerodynamics held in St. Petersburg last month.

Russia has prided itself on being the only country to commission hypersonic missiles — traveling more than five times faster than sound. Their development came as Moscow’s relations with the West hit post-Cold War lows after Russia’s 2014 annexation of Ukraine’s Crimean Peninsula.

The new weapons include the Avangard hypersonic glide vehicle, which Russian officials say is capable of flying 27 times faster than sound and making sharp maneuvers on its way to target to dodge the defensive missile shield.

Avangard has been fitted to the existing Soviet-built intercontinental ballistic missiles instead of older type warheads, and the first unit armed with the Avangard entered duty in December 2019.

Another hypersonic weapon, the Kinzhal, which has been commissioned to arm Russian warplanes, has a range of up to 2,000 kilometers (about 1,250 miles) and flies at 10 times the speed of sound, according to Russian officials.

And later this year, the Russian Navy is set to complete the tests of the Tsirkon hypersonic missile intended to equip cruisers, frigates and submarines. Russian President Vladimir Putin said it would be capable of flying at nine times the speed of sound and have a range of 1,000 kilometers.

Russian officials have charged that Western spy agencies have redoubled their efforts to obtain information on the country’s new technologies. Over the past years, several scientists, including those involved in studies on hypersonic technologies, have been accused of passing classified information to foreign powers.