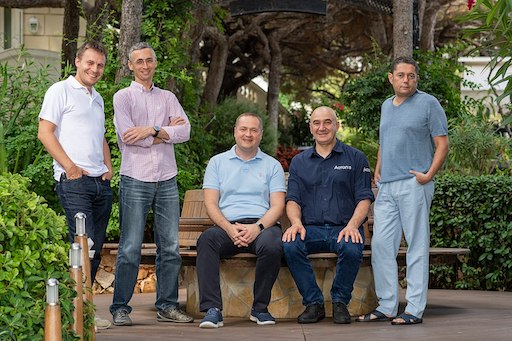 TechCrunch understands Runa Capital, which launched in 2010, has raised $55 million toward its fourth fund, aiming for a target of $250 million. The company is declinging to comment.

However, after 12 years in the U.S., the normally Palo Alto-based VC did admit that it is now relocating its HQ to Luxembourg to re-focus its attention on the European market, as several other U.S. VCs have done this year.

TechCrunch understands the move is in part motivated by the higher returns now available from European startups, a trend we’ve seen as other U.S. VCs — such as Sequoia and Lightspeed — have opened European offices.

The firm also confirmed it had promoted principals Konstantin Vinogradov and Michael Fanfant to general partners focusing on Europe and the U.S., respectively.

The fourth fund will continue to focus on early-stage investments in enterprise software and deep tech, such as open source software, machine learning, quantum computing startups, finance, education and healthcare.

Founded by the teams behind the Acronis and Parallels software companies, Runa Capital has so far more than 100 early-stage investments in Europe and North America.

To date, the fund has raised around $500 million for its three early-stage funds and one “opportunity” VC fund.

In a statement Dmitry Chikhachev, general partner and co-founder at Runa Capital said: “Runa Capital has a tight-knit team and a track record of promoting our partners from within. Konstantin and Michael will bolster our push into the most exciting and promising areas.”

Despite its Soviet era-born founders, Runa hasn’t made any investments in Russia-based companies since 2012 and, in fact, issued a vehement statement last March openly criticizing Russia’s invasion of Ukraine. Technology entrepreneur Serguei Beloussov (who has since taken the name Serg Bell and Singaporean citizenship) co-founded Runa after starting Acronis, and has since gone on to also establish the Acronis Cyber Foundation, which has partnered with UNICEF, built schools and educated migrants to Switzerland.