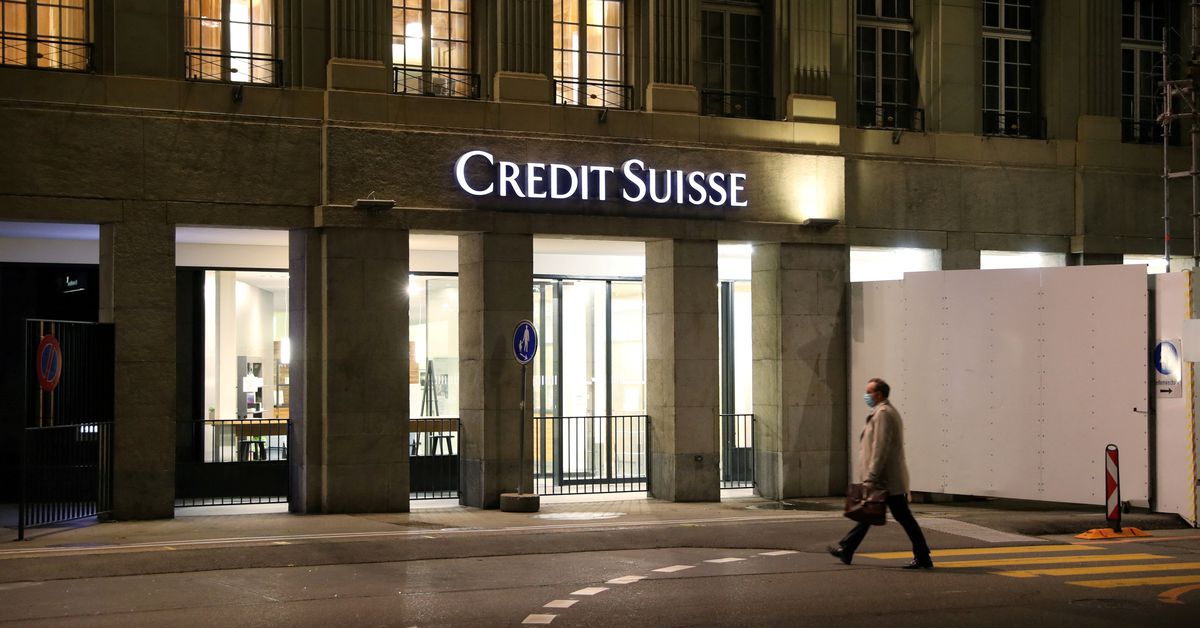 ZURICH, July 27 (Reuters) – Ulrich Koerner, a Porsche fan and rally driver, will need all his navigation skills to steer loss-making Credit Suisse (CSGN.S) towards profitability as the Swiss bank embarks on yet another campaign to get back on solid ground.

Koerner, who cut his teeth as a management consultant, will take over next month as chief executive from Thomas Gottstein, who has had a tumultuous two-and-a-half-year stint running Switzerland’s second-largest bank.

For the new CEO, it could be a short, tough, fix-it mission to prune investment banking to cut costs and get the 166-year-old Swiss institution back on track.

While Koerner has proven analytical skills and ability to get things done, people who know him say he is not one to woo restive investment bank stars during what will be a difficult restructuring.

An economist by training, he joined Credit Suisse in 1998 from consultancy McKinsey. After 11 years in senior roles, he jumped ship to Swiss rival UBS (UBSG.S), running its EMEA division and asset management business and advising then-Chief Executive Sergio Ermotti.

Chairman Axel Lehmann said Koerner was just the man for the job.

“We need a strong strategic thinker, we need somebody with analytical skills, we need somebody who has a proven track record to transform businesses and is also an executor. I think Ueli is combining all of that,” he told reporters.

“He knows Credit Suisse inside out … He knows the executive team, he knows the organisation, he has a sense of urgency and he will deliver.”

One former colleague said Koerner had a sharp mind, was quick to analyse and tough in seeing things through but with a dry manner. His deep banking expertise made him an ideal complement to Lehmann, a former insurance risk manager.

“He is not someone you want to have a glass of wine with in the evening. Even towards people he knows well, he is closed off,” this person said on condition of anonymity.

Another person who knows Koerner called him “a man of action, not one to draw things out”, and a great choice to handle a difficult restructuring project.

“He is respected but not loved,” this person said, adding that he is a workaholic who demands a lot from himself and others. He would have no taboos and has nothing to lose as boss at Credit Suisse, likely his last big career move, this person said.

Credit Suisse needs to revamp after a series of costly and morale-sapping blunders. Gottstein’s predecessor, Tidjane Thian, left in the wake of a spying scandal.

Last year, the bank took a $5.5 billion loss from the unravelling of U.S. investment firm Archegos and the collapse of $10 billion worth of supply chain finance funds linked to insolvent British financier Greensill.

Gottstein, who cited professional and health reasons for stepping down, said he would work closely with Koerner, 59, to ensure a smooth transition.

“He is of a certain age, so I certainly don’t think that this will be the long-term generational solution for Credit Suisse,” Vontobel analyst Andreas Venditti said, suggesting Koerner would move on after overseeing the strategic revamp.

Another analyst who asked not to be identified said Koerner was an unusual pick for the job that now puts two ex-UBS men as chairman and CEO of Credit Suisse.

“He may have been the easy choice, a Swiss German guy, well oriented towards execution, he knows both CS and UBS very well. It’s a safe choice, not a daring, bold choice.”