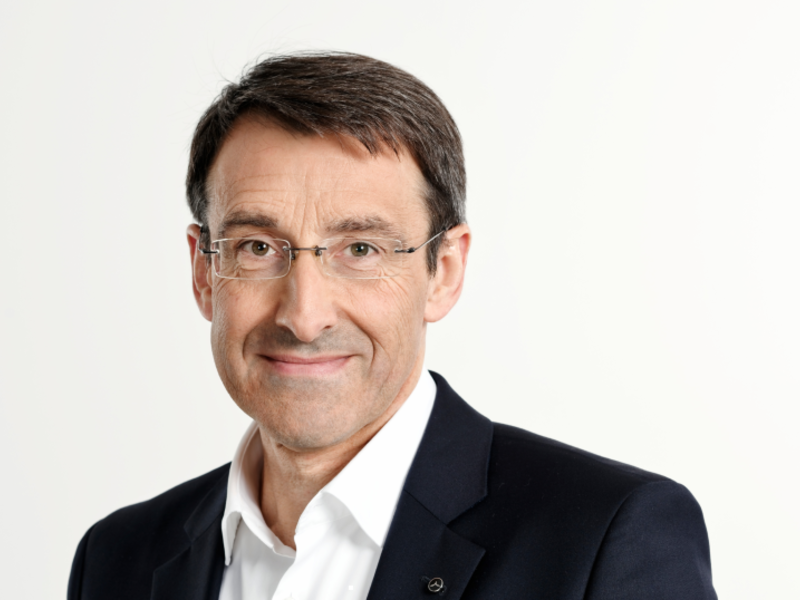 As senior vice president of Renault-Nissan’s powertrain and EV engineering since 2018, Philippe Brunet is steering Renault toward an electric future. The automaker was a pioneer with the Zoe, and is about to launch its first compact EV, the Megane E-Tech Electric. That will be followed by a new generation of full-electric drivetrains, starting with the Renault 5 small car in 2024. Brunet recently spoke with Automotive News Europe News Editor Peter Sigal about Renault’s electric ambitions.

Can you tell us about the drivetrain in the new Megane E-Tech Electric?

This is a brand new platform [CMF-EV] that we’re sharing with Nissan. Starting with the electric motor, it’s new, but we’re using technology that is already in the Zoe. Our e-motor, which we call EESM, or Externally Excited Synchronous Motor, doesn’t use any rare earth material; it doesn’t use a permanent magnet. But it’s much more compact than in the Zoe. We’re able to achieve a maximum output of 160 kilowatts [220 hp], and we will have a less-powerful version of 100 kilowatts [130 hp]. In terms of batteries, we use a classic lithium-ion NMC [nickel-manganese-cobalt] battery from LG Chem. We’ll have two energy levels at launch, 40 or 60 kilowatt hours. The 60-kWh version will have a range of 470 km, which we think is a good balance between autonomy and price. For those who want a lower price, the 40-kWh version has 300 km of range.

Who are your customers for each battery?

To be honest, we don’t know. We believe the 60-kWh version will be the standard, but we will see.

Renault’s next generation of electric drivetrains will have a much more integrated package to save costs, as well as different battery chemistries, depending on performance requirements. When will we first see them?

It will come step by step. The Megane has a brand new e-motor that has been optimized in terms of efficiency, but it’s still a standard package, with the motor, PEB [power electronics box] and onboard charger still separted. For the next generation, which we will introduce around 2026, we will integrate it all in one package.

Renault has a new partnership with chip maker STMicroelectronics. Will this help you achieve efficiencies?

Yes. We’ll be working closely with STM to develop our own power electronics. Of course we can’t produce chips by ourselves, but by working directly with a chip supplier we can be more efficient in terms of costs, and we will have better control of the value chain.

What are the benefits of a single package for the motor, electronics and charger?

As a simple example, right now the PEB is connected to the motor with a number of harnesses. If you integrate those into one box you can save several parts and you will need less material. In the end, we think we can save about 30 percent of the cost of the powertrain compared with today. This is like getting the e-motor for free — this is the order of magnitude of what we can achieve.

Renault’s primary battery source is LG Chem, but you are planning to work with Verkor and with AESC. What is your battery-sourcing strategy for the next decade?

In the case of the CMF-EV platform, there will be other derivatives with the same powertrain and batteries. LG will remain the main supplier for its whole life. We’re now preparing the CMF-B EV platform for the new Renault 5. In this case we’ll start with batteries from Envision AESC. The partnership will be different since we’ll have a battery plant in Douai, where the car will be produced. It means we’re going one step further to vertical integration, which is a way to reduce costs. That’s due to the performance of Envision and because the battery plant will be close to the vehicle plant, which should allow us to achieve a cost of $100 per kilowatt. This is what we want to achieve so the Renault 5 can be competitive. Bear in mind that that we plan to sell the Renault 5 at 20,000 to 25,000 euros without subsidies. Envision is focused on providing a low-cost battery for the B [small car] segment, while Verkor will be focused mainly on high-end technology, such as the future Alpine lineup, where we’ll look for more battery performance. It doesn’t mean there won’t be other suppliers, because by 2030 we’ll need so many kilowatt-hours that we will need two, three or four more sources.

Once you have AESC and Verkor up and running, is solid state the next step?

Yes. We think solid state is a real breakthrough because you won’t need a cooling system, the safety is much better, and we can achieve the energy density we want, which is close to 800 or 900 watt-hours per liter [lithium-ion batteries’ maximum is about 700 watt-hours per liter]. It’s difficult to say when true solid-state batteries will appear in production; we think between 2030 and 2035.

Renault’s future internal combustion strategy is to use a single engine, a 1.2-liter unit with various hybrid options. When will that appear?

This new 1.2-liter engine will only be electrified, starting with a 48-volt mild hybrid up to a full hybrid with 200 volts to a plug-in hybrid. Because of emissions regulations, it’s now impossible to develop a combusion engine that won’t be electrified. With this engine, we’ve tried to be very standardized, very efficient. The mild hybrid version will be launched in 2022 and the full-hybrid should come by the beginning of 2023.

Which car will have the mild hybrid first?

It will be the new Kadjar [compact SUV].