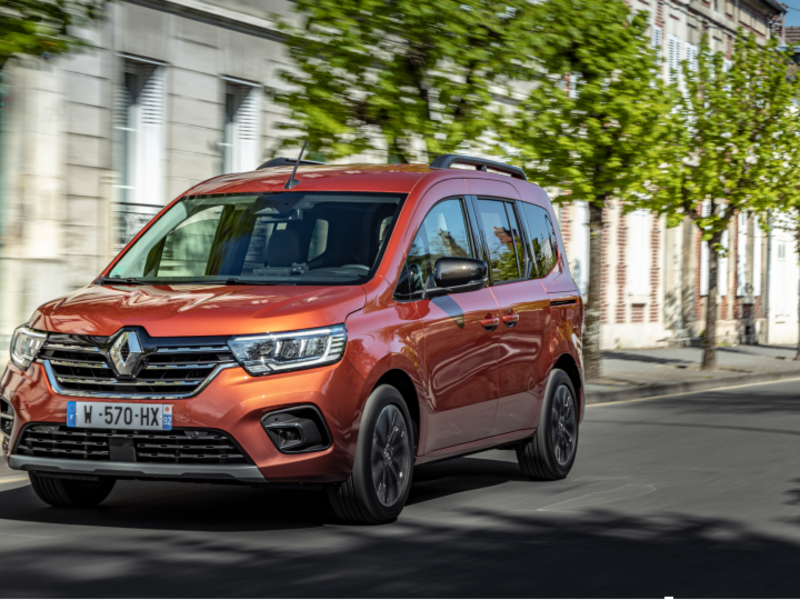 Renault is targeting top-selling small passenger vans from Stellantis and Volkswagen with the new Kangoo, the third generation of the model, which is based on the latest Renault-Nissan alliance architecture and will have full-electric and hybrid versions.

Vehicles in the segment — known as car-derived vans — are based on passenger car architectures and generally include a commercial version. Just last year, car-derived passenger vans outsold minivans for the first time, as minivan buyers switch allegiance to SUVs and crossovers.

In addition to models such as the Kangoo, medium and large car-derived passenger vans are also included in the segment.

In recent years, automakers have introduced more comfort and convenience features on their small passenger vans and upgraded platforms, led by Stellantis, which overhauled its range in 2018 with the Peugeot Rifter, Citroen Berlingo (the current best-selling small passenger van) and Opel/Vauxhall Combo. VW this year introduced a new version of the Caddy.

The new Kangoo — which replaces a model that has been on the market since 2007 — is built on the alliance’s CMF-C/D platform that is used for compact and midsize vehicles. The van will be built at Renault’s factory in Maubeuge, France, where the automaker has invested 450 million euros ($548 million) in tooling for the new Kangoo and built a battery pack assembly area for electric versions.

“The Kangoo is moving upmarket, taking a step away from utility vans and closer to the standards of cars,” said Jean-Louis Wiedemann, product manager for small vans/combispaces at Renault. He said Renault was targeting a Top 3 placing in the small van subsegment; the Kangoo has trailed offerings from Stellantis and VW in recent years.

Wiedemann said the new features that buyers would notice include a lower rear load height, more lower body cladding, two sliding passenger doors instead of one, a “floating” gear lever, a tilt/telescoping steering wheel and a cockpit that is eight decibels quieter thanks to improved sound deadening and better aerodynamics.

In addition, the Kangoo now has three equal-sized second row-seats, an added storage area above the front seats, five USB outlets and four 12-volt outlets, and retractable smartphone holders on either side of the instrument binnacle to accommodate left- or right-handed drivers.

The Kangoo will be available in two lengths, with a longer, seven-seat version available in 2023, as well as optional clamshell rear doors rather than a hatch.

Other entrants include the Dacia Dokker (which is being discontinued and will be rebadged as the Renault Express, a budget-priced small van), the Ford Transit/Tourneo, and the Mercedes-Benz Citan (based on the Kangoo and built by Renault). The passenger version of the Citan will be renamed the T-Class when it appears later this year. Renault will also build a version of the Kangoo for partner Nissan.