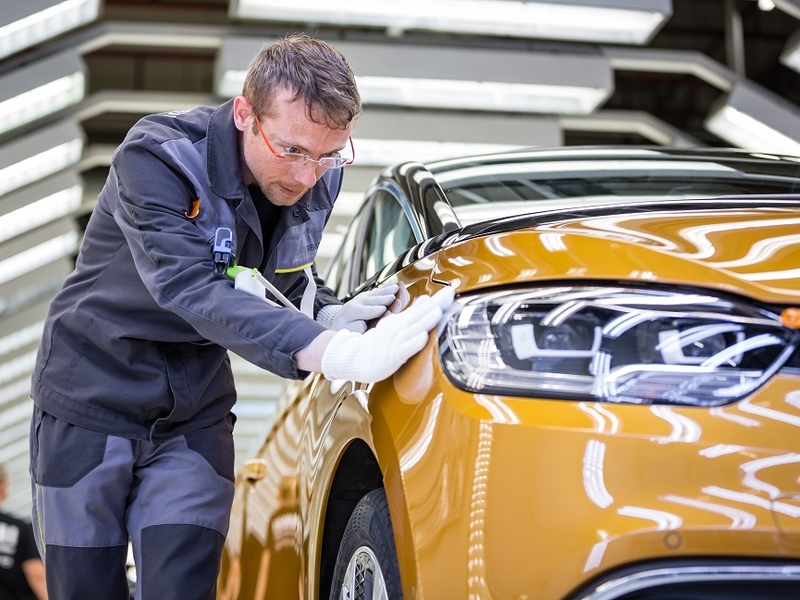 PARIS — Three of Renault Group’s four main French unions have signed an agreement with the automaker on a plan to eliminate 1,700 jobs in exchange for guarantees on production targets and new model allocations.

During that period, Renault agreed to hire 2,500 workers in France, with 2,000 at production sites, and to give priority to hiring more women.

Renault, which lost a record 7.29 billion euros in the first half of 2020, plans to eliminate nearly 15,000 jobs worldwide – including 4,600 in France — and trim its production capacity by 18 percent.

The automaker said in a statement Tuesday announcing the labor accord that it would base nine new models in France and target annual production of more than 700,000 vehicles in the country.

The CFE-CGC, CFDT and FO unions, representing 79 percent of French workers, agreed to the plan, Renault said. In a separate statement, the hardline CGT rejected it.

Getting agreement for the cuts has been politically tricky for CEO Luca de Meo and Chairman Jean-Dominique Senard, who face pressure from the French government, Renault’s most powerful shareholder.

Making EVs requires fewer workers than vehicles running on combustion engines, and Renault has pledged to avoid closing factories entirely; it is in the process of converting the Flins factory near Paris to “circular economy” activities such as recycling from assembly.

Renault agreed not to close sites covered by the latest accord, including industrial, logistics, parts and accessories plants, nor will it close the technical engineering facilities in Lardy and Aubevoye, it said Tuesday. The automaker is also planning on retraining some workers in skills required for EVs. There will also be annual salary reviews over the life of the contract.

As part of the agreement, unions pressed Renault for clarity on model allocation and production targets.

Of the nine new models, Renault said the “majority” would be full electric.

Highlights of the allocations include: