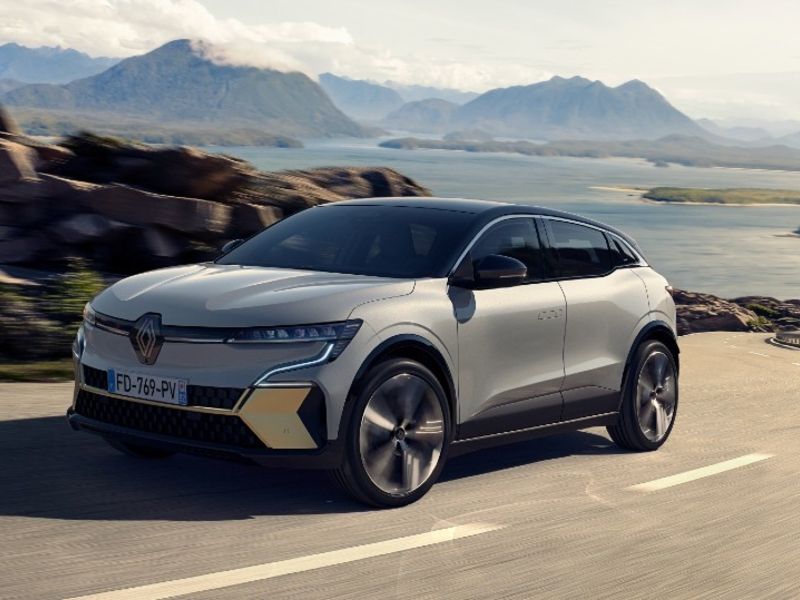 MUNICH — Renault’s first compact full-electric vehicle, the Megane E-Tech Electric, will debut in the first quarter of 2022 with two power levels and two battery ranges, as well as a new infotainment system with built-in Google functions.

The Megane E-Tech Electric is the first launch in Renault Group CEO Luca de Meo’s strategy to shift money-losing Renault’s focus to the more-profitable compact segments rather than the small car segments, where some 70 percent of the group’s revenue is now generated.

“With this vehicle, Renault will hit the core of the C segment [compact] market in Europe,” de Meo said Monday at the car’s unveiling at the Munich auto show. “The stakes are very high when you consider that the C segment represents 40 percent of the European market.”

The Renault brand’s current compact offerings, the Megane hatchback and station wagon and the Kadjar SUV, have underperformed relative to mass-market competitors.

“With the new Megane, we think we have reinvented the classic European hatchback in an emotional way,” de Meo said. “This allows us to reconnect with what in the past has made Renault successful.”

De Meo, who took over as CEO at Renault in July 2020 after leading VW’s Spanish brand Seat, had worked at Renault in the 1990s when the original, and highly successful, Megane/Scenic compacts were  launched.

Renault Group plans to launch 10 full-electric models by 2030, seven under the Renault brand. Other coming EVs include the Renault 5 small car, a compact SUV and a small model inspired by the Renault 4 from the 1960s and 70s.

The Megane E-Tech Electric is based on the Renault-Nissan Alliance’s CMF-EV platform, which it will share with the Nissan Ariya compact SUV.

The battery, supplied by LG Chem, is 40 percent smaller than that on the Renault Zoe small car, at 110 mm high, allowing for a low roofline of 1,500 mm and a drag coefficient of 0.29. The reduced size is made possible by a new chemistry makeup, with more nickel and less cobalt for an energy density that is 20 percent better than the Zoe’s batteries, Renault says.

The Megane E-Tech Electric’s new user interface is called OpenR Link. It features two large screens in front of the driver connected in the shape of an inverted “L.” The instrument panel is 12.3 inches across, and an adjacent touch screen is 12 inches across and 12 inches high. Lower-end versions get a 9-inch-wide touch screen.

The multimedia system is powered by Android Automotive. OpenR Link incorporates Google apps and services, including Maps for navigation, Assistant for hands-free communication and Play, with more than 40 apps designed for in-car use.

“With OpenR we are offering a seamless digital experience, as simple and ergonomic as you would find on a mobile phone,” de Meo said. “We designed the operating system around the following concept: Eyes on the road, hands on the wheel.”

Renault has not announced prices for the Megane E-Tech Electric. Orders will open shortly, with the first vehicles delivered in the first quarter of 2022.

It will compete with a growing number of mainstream full-electric compact cars.

Current competitors include the Volkswagen ID3, the Nissan Leaf, the Hyundai Ioniq and the Citroen C4 electric version. Coming models include the just-launched Kia EV6, the next generation of Peugeot 308 and sibling model Opel/Vauxhall Astra, which will have a full electric option starting in 2023.

The Megane E-Tech Electric will be built in Renault’s factory in Douai, northern France, where the automaker is establishing a concentration of EV-focused assembly and component plants it calls ElectriCity.