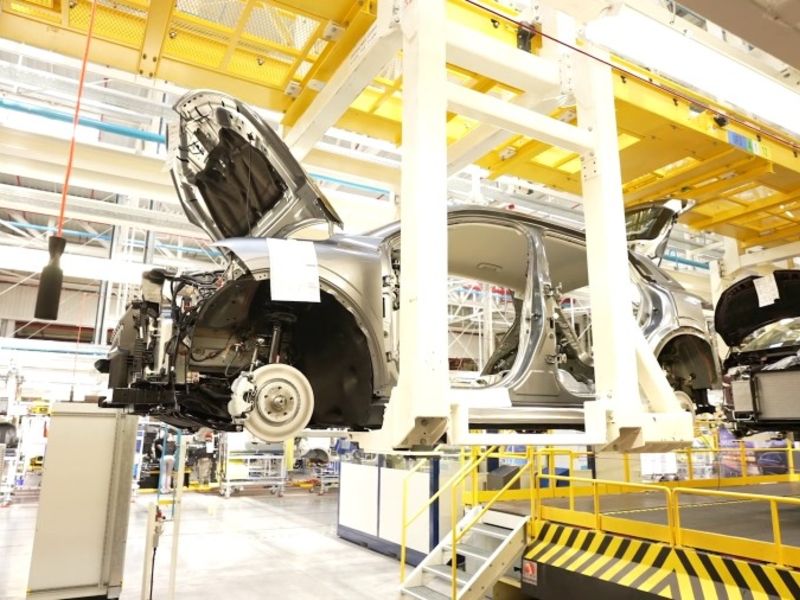 PARIS — Renault told unions that it plans to produce a total of more than 700,000 vehicles a year in France and will allocate nine new vehicles to French factories.

The automaker is in the midst of negotiations for a three-year agreement governing domestic production, technical and support activities as it transitions to electric vehicles.

Renault plans to cut 2,000 jobs in France through early retirement and buyouts, but plans to increase employment by 500 positions by hiring in high-tech areas such as data science and battery chemistry.

Renault affirmed the production and jobs figures in a negotiating session on Tuesday, according to the automaker and unions.

“The group confirmed its ambition to allocate nine new vehicles to French factories, aiming the production of more than 700,000 vehicles per year,” Renault said in a statement.

“These would be high value-added vehicles, either electric or utility vehicles, and would put France at the heart of Renault Group’s industrial and technological strategy.”

Renault is centralizing its electric-vehicle activities around a cluster of sites in northern France.

Unions have said they will not accept involuntary layoffs or any factory closings.

Renault’s domestic production has been shrinking as it moved assembly of popular models such as the Clio small car, its best seller, to countries with lower labor costs such as Turkey and Morocco.

According to industry group CCFA, Renault Group in 2000 built more than 1.4 million vehicles (passenger cars and light-commercial vehicles) in France, but that figure had fallen to less than 700,000 by 2010. The group assembled 686,000 vehicles in France in 2020. The group has increased domestic van production in recent years but has built fewer passenger cars in France.

Renault also plans to cut back on the amount of real estate it owns in the Paris region. The proposal would affect white-collar workers but not engineering sites.