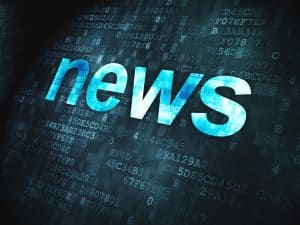 Keeping pace with news and developments in the real-time analytics market can be a daunting task. We want to help by providing a summary of some of the items our staff came across each week. Here are some of the news items from this week:

In other Red Hat/IBM news, it was announced Friday that IBM President Jim Whitehurst is stepping down. Whitehurst was the CEO of Red Hat Inc. when IBM acquired the company in 2018. According to the business press, when Whitehurst was appointed president last year, it was the first time in decades that IBM separated the roles of CEO and president. Analysts noted that his experience in cloud and cognitive software was viewed as a complement to the expertise and background of IBM CEO Arvind Krishna.

Dell Technologies introduced new solutions to help users better manage the convergence of HPC, AI, and data analytics. Specifically, Dell introduced Omnia, developed at the Dell Technologies HPC & AI Innovation Lab in collaboration with Intel and with support from the HPC community. The open-source software is designed to automate the provisioning and management of HPC, AI, and data analytics workloads to create a single pool of flexible resources to meet the growing and diverse demands. The Omnia software stack is an open-source set of Ansible playbooks that speed the deployment of converged workloads with Kubernetes and Slurm, along with library frameworks, services, and applications. Omnia automatically imprints a software solution onto each server based on the use case — for example, HPC simulations, neural networks for AI, or in–memory graphics processing for data analytics — to reduce deployment time from weeks to minutes. Dell is also expanding HPC on-demand services and Dell EMC PowerEdge server accelerator support.

Atos launched ThinkAI, which is an offering for organizations using traditional HPC that want to run more accurate and faster simulations thanks to AI applications, and also for those developing AI applications that need more computing power. The ThinkAI solution framework includes “Advise” with industry-contextualized consulting; “Architect” using best-of-breed AI hardware and software via partnerships with Graphcore and NVIDIA, supplemented with Atos’ digital security; and “Accomplish” with end-to-end solution orchestration.

WiteSand announced its launch out of stealth mode. The company has created a cloud-native, multi-tenant solution that provides asset discovery, NAC, wired and wireless provisioning, monitoring, and flow analytics. With WiteSand, all of the functionality that was previously contained within other tools is now available in a single cloud-based interface, and only the physical switches and access points remain on-premises. The solution includes the Network Time Machine, a feature designed to reveal the complete history of events and changes in the network at any point in time. WiteSand achieved this by pairing the power of the cloud with global visibility, correlation, analytics, and AI/ML.

Tableau released version 2021.2 of its platform. Updates include new versions of Ask Data and Explain Data, tools that enable users with natural language processing, and two new integrations with Salesforce. Those integrations include Ask Data for Salesforce, which helps Salesforce users ask any question in Tableau CRM using natural language and semantic search, and Einstein Discovery for Salesforce Reports, which auto analyzes data from Salesforce reports quickly and thoroughly to explore and identify the most important insights, surfacing them with charts and explanations that are easy to understand.

In related news, Dremio announced the debut of a native Dremio connector in Tableau, available with the release of Tableau 2021.2. The native connector extends Tableau’s support of Dremio and enhances ease of use and accelerated time-to-insight by allowing customers to perform BI workloads directly on the data lake.

BeyondMinds announced it has earned ISO 27001:2013. The certification, which is an international standard, further validates the security and integrity of BeyondMinds’ solutions and its ability to protect sensitive and proprietary corporate data, including financial information, intellectual property, and employee and customer details. BeyondMinds is among only a handful of Enterprise AI providers to be granted this certification.

IBM announced new hybrid cloud AI-powered automation software for communications service providers (CSPs) to help deliver on the promise of 5G, including zero-touch operations, reduced costs, and the rapid delivery of innovative services to customers. Using IBM Cloud Pak for Network Automation, CSPs can use AI-powered automation to stand up and manage networks quickly, in a wide range of environments, and is engineered to scale new services in days rather than months.

G-Core Labs launched a new service: renting dedicated servers, or Bare-Metal-as-a-Service. This solution allows for a ready-to-use, physical service to be deployed within minutes, which can then be used in combination with other services to build a flexible cloud infrastructure.

Hewlett Packard Enterprise (HPE) announced that it has entered into a definitive agreement to acquire Zerto. The acquisition expands HPE GreenLake and helps the company deliver on HPE Storage’s shift to a cloud-native, software-defined data services business.

JFrog announced that it has entered into a definitive agreement to acquire Vdoo Connected Trust Ltd. (“Vdoo”).  Vdoo’s team and JFrog will seek to deliver a complete DevSecOps solution to secure the full software packages lifecycle.

If your company has real-time analytics news, send your announcements to [email protected].

In case you missed it, here are our most recent previous weekly real-time analytics news roundups: