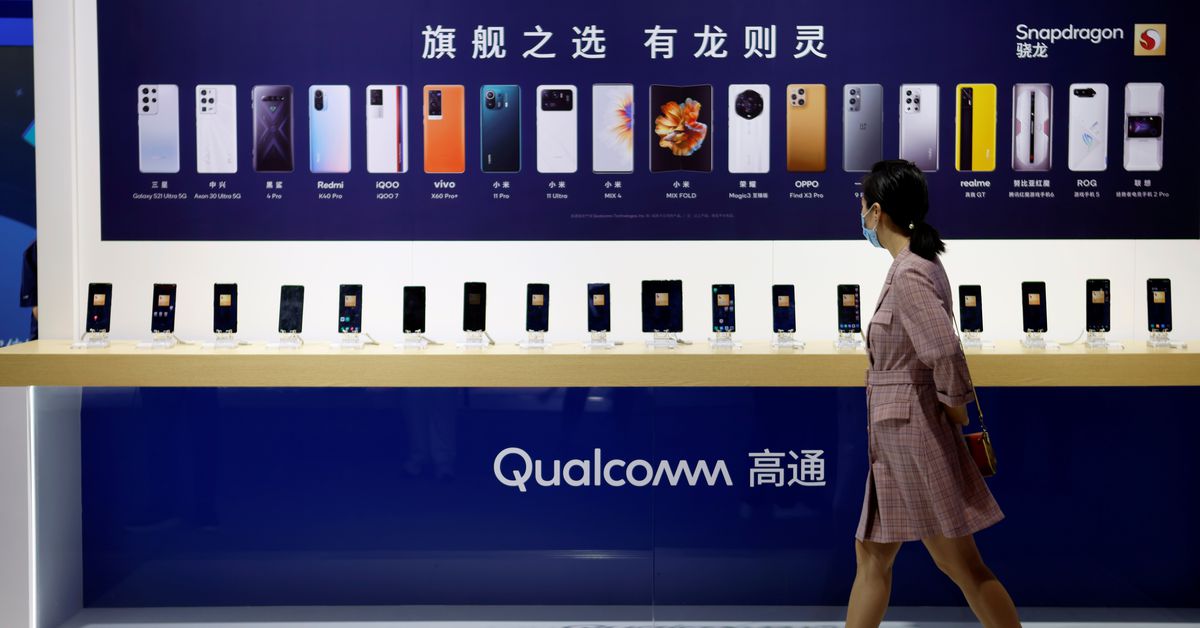 The European Commission in its 2018 decision said Qualcomm paid billions of dollars to Apple (AAPL.O) from 2011 to 2016 to use only its chips in all its iPhones and iPads in order to block out rivals such as Intel Corp (INTC.O)

Qualcomm’s fine is one of several imposed by Vestager on companies ranging from Alphabet unit Google (GOOGL.O) to banks and truckmakers over anti-competitive practices. Apple, Amazon and Facebook are being investigated.

The General Court, Europe’s second-highest, annulled the EU finding and faulted the EU competition enforcer over the handling of the case.

“A number of procedural irregularities affected Qualcomm’s rights of defence and invalidate the Commission’s analysis of the conduct alleged against Qualcomm,” judges said.

“The Commission did not provide an analysis which makes it possible to support the findings that the payments concerned had actually reduced Apple’s incentives to switch to Qualcomm’s competitors in order to obtain supplies of LTE chipsets for certain iPad models to be launched in 2014 and 2015,” they said.

The EU competition enforcer can appeal on matters of law to the EU Court of Justice (CJEU), Europe’s highest court.

A woman walks past a counter displaying mobile phones at the Qualcomm booth during the 2021 China International Fair for Trade in Services (CIFTIS) in Beijing, China September 4, 2021. REUTERS/Florence Lo

The Commission said it would carefully study the judgement and its implications and consider its next steps. Qualcomm did not immediately respond to an emailed request for comment.

“The high-level conclusion is that the Court is telling the Commission to be extremely cautious in pricing abuses,” said Assimakis Komninos, a partner at law firm White & Case.

“The Commission will now be very hesitant to start investigations into such cases unless they are really sure,” he said.

This is the second major defeat for Vestager who in January lost the court’s backing for a 1.06 billion euro fine on Intel 12 years ago for squeezing rival Advanced Micro Devices (AMD.O).

Vestager’s next test is on Sept. 14 when the General Court will rule on Google’s challenge against a record 4.34 billion euro antitrust fine levied for using its Android mobile operating system to squeeze out rivals.