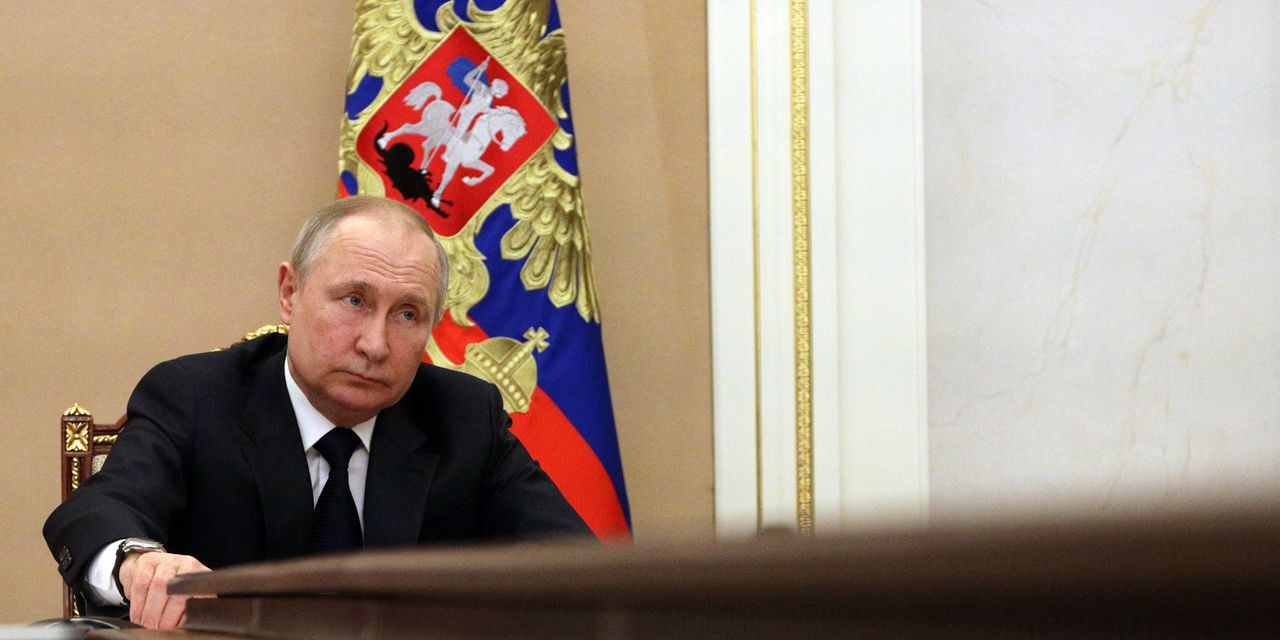 The Russian army continued its halting advance into Ukrainian territory Friday, but with the war entering its third week it’s clear that President Vladimir Putin will not get the quick-and-easy victory he reportedly expected.

One reason that some military analysts and Russia experts believe may have contributed to Putin miscalculating his chances of a quick victory, or his ability to outlast the Ukrainians, is that he underestimated the efficacy of Western sanctions in sapping Russia’s power to wage war, specifically by denying it access to critical technologies.

“War preparation was conducted in high secrecy in order to avoid leaks,” wrote Alexander Gabuev, senior fellow at the Carnegie Moscow Center in Russia in a series of tweets late Wednesday. “Instead of a rigorous interagency process, the whole war planning was reduced to a clandestine operation developed by just a handful of people in uniform and the president himself.”

He added that the same insularity that made Putin underestimate the Ukrainian will to resist may also have clouded his judgement on the impact of sanctions.

Kamil Galeev, a Russian historian, journalist and former Wilson Center fellow argued on Twitter and in a recent interview with economist Brad DeLong that a central failure of Russia’s sanction-proofing strategy was its effort at fostering domestic technological innovation.

Following Russia’s first invasion of Ukraine in 2014 and the subsequent imposition of Western sanctions, Russian officials worked to inoculate their economy from such embargoes, first and foremost by a policy of “import substitution” or the fostering of domestic industry to produce products that avoid supply chains in the U.S. and Europe.

Galeev argues that the authoritarian nature of the Putin regime, which he and western diplomats say operates similarly to an organized crime syndicate, means it is unable to foster industries that require technical sophistication. He notes that President Putin cheered the decline in the value of the ruble RUBUSD, following Russia’s 2014 invasion of Ukraine, because it made Russian oil cheaper on the global market and boosted ruble-denominated revenues.

What Putin appeared to ignore, Galeev said, was the damage this did to Russia’s domestic manufacturing base, which relies on imports of Western technology to produce the machines that both enable resource extraction and the construction of military equipment.

Though the Putin regime has pressured local governments and manufacturing firms to develop domestic technologies as substitutes, this “import substitution is 95% PR,” Galeev wrote.

Galeev’s theory is that a “mafia state” like Russia is unable to foster complex domestic manufacturing industries because such states select officials not for technical competence, but for the ability to inspire fear in opponents and for their loyalty to the leader.

A December analysis by Russian economist Evgeny Gontmakher confirms that Russia’s attempts at import substitution in the high tech industry since 2014 have had mixed results. While Russia has made some progress in domestic software design, Russia still relies heavily on imports of high-tech hardware.

“State bodies often pretend not to notice that the hardware delivered is imported, with Russian labels glued on the boxes, and they may be asked to pay for crudely customized, free-of-charge Western software pretending to be a domestically made product,” Gontmakher wrote.

Galeev argues that Russia’s technological deficit with the West is important for the U.S. to understand if it hopes to topple the Putin regime. While some see economic sanctions as a method for convincing the Russian people to overthrow their leader, he believes that they are most effective if used to “maximize systemic shock in order to paralyze technological chains” which “will lead to military defeat” and the “fall of the regime.”