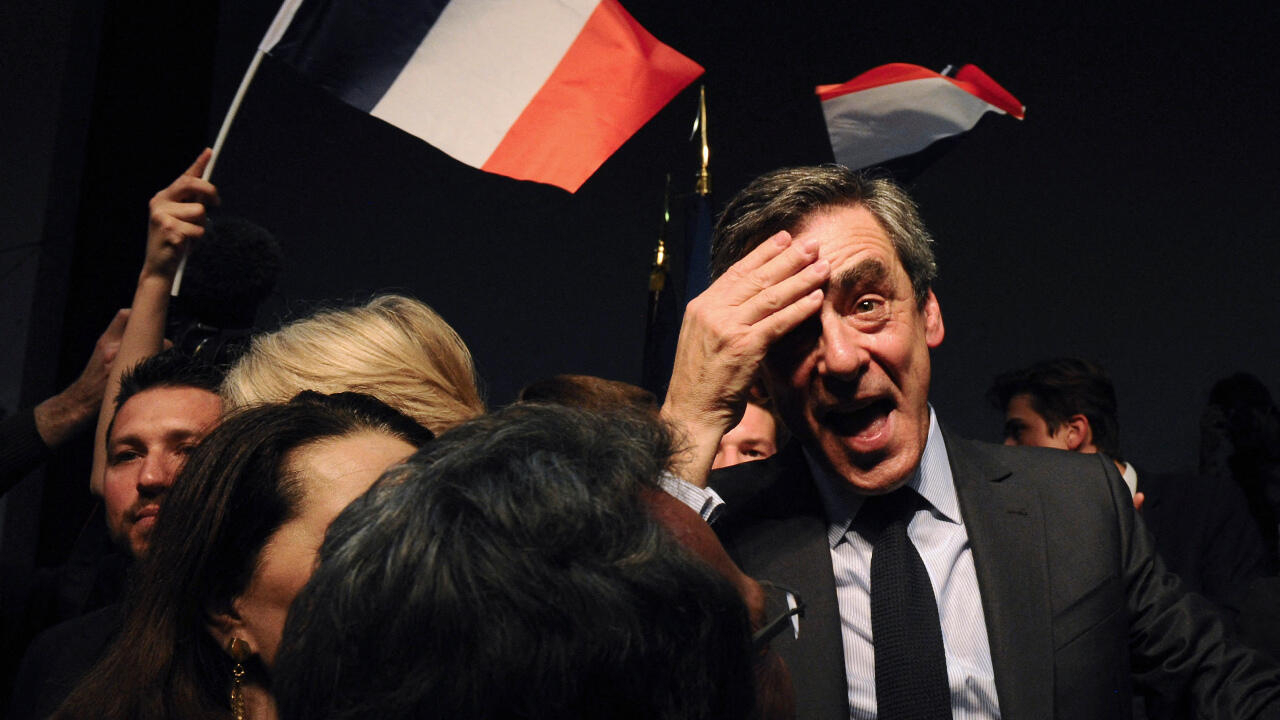 Presidential campaigns all have their share of emblematic moments that change the course of the race, be they breathtaking, instant game-changers or incidents that seem decisive only in hindsight. With French voters set to elect a president in April after another unusual race, FRANCE 24 takes a look back at some of the key moments from campaigns past. In the spotlight: March 14, 2017, the day conservative François Fillon was placed under formal investigation in a “fake jobs” scandal.

With just 40 days to go before the first round of France’s 2017 presidential election, François Fillon‘s nightmare run took a new turn when a judge placed the conservative Les Républicains candidate under formal investigation over allegations he had arranged for his wife to be paid handsomely for a job she never did.

A former prime minister who early on styled himself as a paragon of probity on the campaign trail, Fillon had been hounded by growing accusations for weeks. Authorities opened a preliminary probe in January on alleged wrongdoing after the satirical investigative weekly “Le Canard Enchaîné” published claims that Fillon’s British-born wife Penelope had, over several years, received €500,000 in taxpayer funds disbursed from the packet her lawmaker husband was allotted to pay his support staff. The scandal would come to be known as “Penelopegate”.

Those initial revelations were only the beginning as a drumbeat of new allegations followed, pushing Fillon – once the front-runner in a race seen as his to lose – off his stride. By March, French media was reporting that Penelope had pocketed €1 million for serving (or rather, not serving) as his parliamentary assistant and added allegations against two of the couple’s children for their parliamentary assistant work.

Outside the financial prosecutor’s office on that fateful day, FRANCE 24’s James André reported that the new development was “very much an embarrassment for the candidate, who had pitched himself as the candidate of transparency”.

Indeed, Fillon had been stumping for slashing public spending he deemed wasteful and pledging to cull the bureaucracy by cutting 500,000 civil servant jobs if elected.

Moreover, Fillon “gave many speeches early in the campaign that said that he had absolutely no legal problems, that people who were serving the Republic needed to be exemplary. He also famously said, ‘Can anyone imagine General De Gaulle under formal investigation?’ Well, now [Fillon] is”, André reported on that day.

Still, the candidate – who denied all wrongdoing – pledged to step down if he was placed under formal investigation.

“For the past two or three weeks, he’s been saying that he is the victim of a plot, that this was ‘a political assassination’, and that he would go to the bitter end in this campaign,” André reported.

Pursuing the fight for the presidency seemed perilous. But the fact that it was so late in the game was a double-edged sword for Les Républicains. The conservative party, it seemed, was damned if it did and damned if it didn’t stick with the nominee who had won a November primary.

“It’s like climbing the Himalayas without oxygen because over the next 40 days this indictment is going to drag him down, depriving his campaign of political oxygen,” political scientist Philippe Breton told FRANCE 24 at the time.

In the end, Fillon did see his bid through to a finish line of a sort, April 23’s first round, and maintained a solid base of conservative support under the circumstances with 20 percent of the vote. But that was still only good for third place, 450,000 votes shy of the mark, with the two spots in the May 7 run-off going to Emmanuel Macron and far-right challenger Marine Le Pen.

Epilogue: The trial, the appeal and … the assault on Ukraine

Fillon faded from public life, officially stepping down from politics in November 2017.

He and his wife eventually stood trial in the fake-jobs case. In June of 2020, a French court found François Fillon guilty of embezzling public funds and sentenced him to five years in prison, three of them suspended. The court ordered the disgraced politician to pay €375,000 in fines and barred him from seeking any public office for a decade. Penelope Fillon, meanwhile, was found guilty of complicity to embezzle and conceal public funds – handed a three-year suspended jail term and also fined €375,000.

Authorities did not pursue a case against the Fillon children after the investigating judges decided they “very likely did not have full awareness that they were benefitting from a fake job”. The judges noted that the salaries the children received “merely transited through their bank accounts” before returning to their father’s, nearly in full.

The couple’s appeal of the ruling was heard in November 2021 and the former presidential candidate remains free pending that verdict, which is scheduled to be delivered on May 9.

While the ex-prime minister has largely kept a low profile, Fillon recently attracted unwanted attention during the 2022 presidential race. After leaving politics, he joined a Paris investment firm, started a business consultancy and, controversially, joined the boards of the Russian state oil company Zarubezhneft in June 2021 and the Russian petrochemical firm Sibur in December.

Hours after Russia invaded early on February 24, Fillon tweeted his condemnation of “the use of force in Ukraine“. However, his social media missive was heavily criticised for what followed: “But for 10 years, I have been warning against the Western refusal to take into account Russian demands over NATO’s expansion,” he wrote. “That attitude has led today to a dangerous confrontation that could have been avoided.”

Fillon’s awkward position, and his initial response to Russia’s invasion, quickly became cumbersome for Valérie Pécresse, his struggling successor as Les Républicains’ presidential nominee, despite her starker lack of sympathy for the Kremlin on the campaign trail. On February 25, Fillon announced he would step down from his positions in Russia.

“Today, war has returned to the heart of Europe. It is a collective failure but, in the hierarchy of responsibilities, Vladimir Putin is the only one guilty of launching a conflict that could have – should have – been avoided,” he wrote in the weekly “Journal du Dimanche”. “In these conditions, I cannot continue participating on the boards of the Russian firms Zarubezhneft and Sibur.”