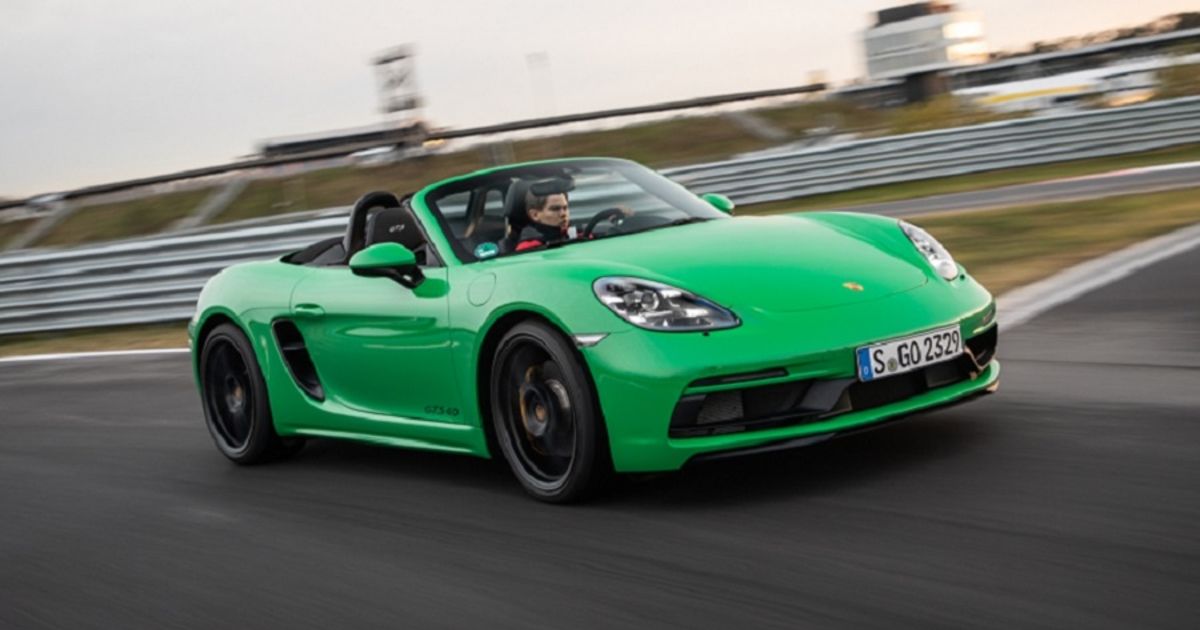 Porsche will turn the 718 Boxster into an exclusively electric model from 2025 as the sports-car maker’s returns on the successful Taycan full-electric car improve.

The Volkswagen Group luxury unit will also offer a hybrid version of the iconic 911, it said.

Porsche, whose parent VW Group is preparing an initial public offering of the brand, expects electric models to be just as profitable as combustion engine vehicles in about two to three years, according to Chief Financial Officer Lutz Meschke.

“We already achieved double digit profitability now for the Taycan and we are working hard to reach the same profitability as we already have for our combustion engine cars,” Meschke said on Friday during a call with reporters. “I am convinced that we will achieve this in a period of two to three years.”

Porsche plans for half of its sales to be battery-only or hybrid models by 2025, including a fully electric version of the Macan SUV, before moving to 80 percent of sales that are exclusively powered by a battery by 2030.

Porsche has hinted at an electric 718 Boxster/Cayman-style vehicle since it unveiled the Mission R at the Munich auto show last year, but this was the first time executives have confirmed speculation about its third electric model after the Taycan and upcoming Macan electric crossover.

CEO Oliver Blume said drivers can also expect a hybrid version of the Porsche 911, but he did not specify when the production hybrid, which would use full rather than plug-in hybrid technology, would begin. The question of how many variants of the 911 might get the hybrid treatment was also not answered.

Blume said Porsche is also weighing the possibility of joining Formula One, though no final decision has been made.

The carmaker is also in talks with Apple to expand its cooperation beyond the U.S. tech giant’s CarPlay feature.

Blume said there are “several” additional projects in the pipeline with Apple, which has been working on a self-driving car project for years.

VW Group and its controlling shareholder, the billionaire Porsche-Piech family, are pushing ahead with a listing of Porsche even as global markets face major turmoil because of the war in Ukraine.

The plan, the biggest structural change for Europe’s biggest carmaker in years, is set to go ahead during the fourth quarter this year in a bid to improve spending power on new technologies.

An IPO “could sharpen Porsche’s profile and boost its entrepreneurial options,” Meschke said in a statement. “At the same time, Volkswagen and Porsche will be able to benefit from joint synergies.”

The potential listing is estimated to value the sportscar brand at as much as 85 billion euros ($96 billion), according to Bloomberg Intelligence. That compares with total market valuation of 96 billion euros of the entire Volkswagen group. The move would partly reverse a tumultuous takeover of Porsche more than a decade ago.

“The capital market values homogeneous, focused business units,” Meschke said. “In alliances with tech players, for example, it helps to be set up quickly and flexibly.”

Volkswagen is set to provide further details about its plan in late summer. “I hope that by then the war in Ukraine will be over,” he said. “Because peace is much more important than any IPO.”