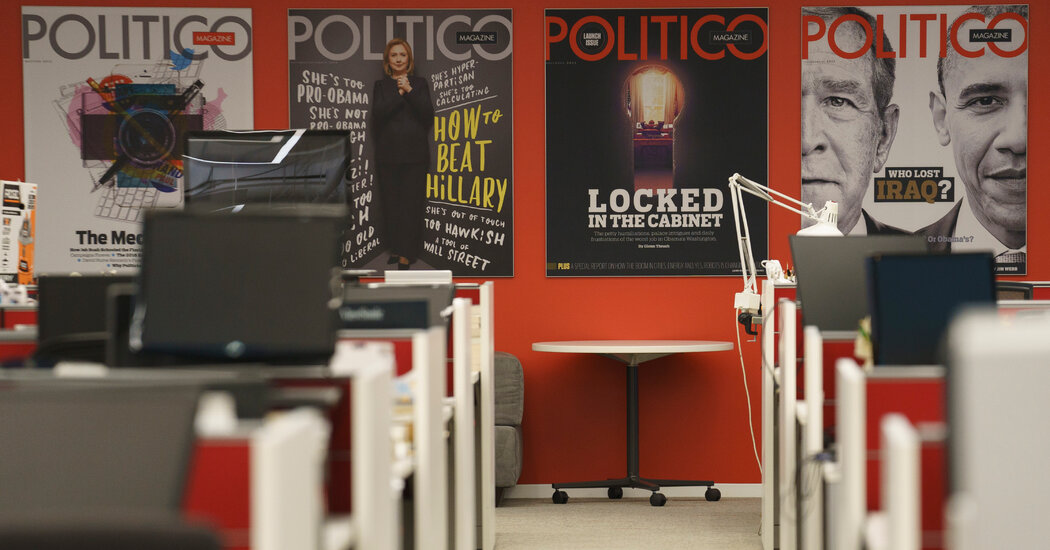 Journalists at Politico, the inside-the-Beltway news outlet that was sold in August to the German publisher Axel Springer for more than $1 billion, announced Friday that they were moving to form a union and seeking voluntary recognition from their new owner.

The new unit, called the PEN Guild and affiliated with the NewsGuild, a union that represents journalists at other news outlets (including The New York Times), said it would represent more than 250 journalists at Politico and E&E News, a site covering energy and the environment that Politico acquired last year.

The unit said it had submitted to the National Labor Relations Board cards signed by more than 80 percent of eligible staff.

“The PEN Guild seeks equitable pay, a diverse and inclusive workplace and job protections for everyone — which we believe will make the newsrooms of Politico and E&E places where we are able to do our best work possible,” it said.

Politico was founded in 2007 by Robert Allbritton, whose family had owned a television company and the controlling stake of a local bank, and made a name for itself with a scoop-driven, insider style. In later years, Politico developed a lucrative suite of subscriber-only sites for specialized news, Politico Pro.

In an August interview with The New York Times, Mr. Allbritton, who remains Politico’s publisher, argued that unionizing did not make sense in an industry dominated by information work.

Axel Springer, a German publishing giant whose largest shareholder is KKR, the private equity giant, agreed to purchase Politico, Politico Europe and the Politico-owned tech news site Protocol this summer as part of its expansion into the United States. In 2015, it purchased Business Insider, now known as Insider, for $500 million and turned it into a subscription-based outlet. (Insider journalists formed a union earlier this year.)

Last year, Axel Springer acquired a controlling stake in the newsletter publisher Morning Brew. It also has sought to acquire Axios, the newsletter-based outlet founded in 2016 by three Politico veterans.

Earlier this month, Axel Springer removed Bild’s top editor, Julian Reichelt, after a report in The Times about a Bild trainee who had testified that Mr. Reichelt had asked her to a hotel for sex and to keep a payment under wraps. A previous internal investigation found that Mr. Reichelt had mixed his personal and professional lives but not broken any laws or committed sexual harassment or coercion.