Casting a quick look over the lipsticks on the Charlotte Tilbury concession, I stride onwards into the menswear department at Peter Jones, the branch of John Lewis that occupies pole position on Sloane Square in London.

This is no morning mooch around the beauty counters — I’m here to have injections of skin-rejuvenating Profhilo in my decolletage at the new tweakments clinic that is tucked away behind the men’s suits. Peter Jones? Tweakments? Yes, you read that right.

Lip-boosting fillers, fat-freezing devices and injectable wrinkle-busters are now on offer here and at five other branches of John Lewis & Partners.

You could have knocked me down with a feather when I heard John Lewis had hooked up with the Cavendish Clinic. Not because of its choice of partner: the Cavendish is an aesthetic clinic based in central London, with immaculate credentials for high-quality, doctor-led, natural-looking cosmetic procedures. 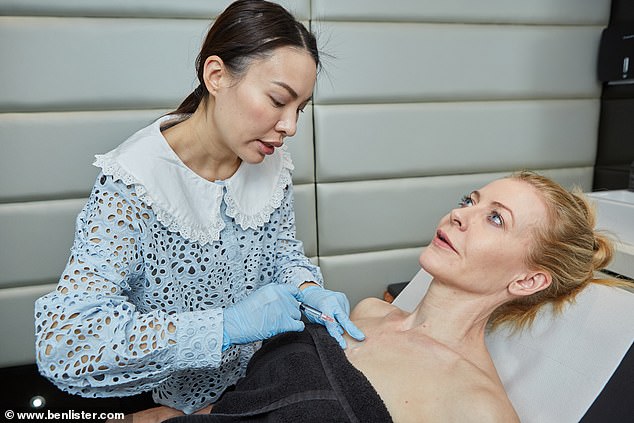 It just seems so very, well, un-John Lewis. Let’s face it, it’s no haberdashery department. But perhaps that’s unfair. The company is hardly stuck in the dark ages, and Harrods and Selfridges already have aesthetic clinics on-site.

Even so, you can always rely on John Lewis to provide things — furniture, clothing, tableware — that won’t scare the horses.

But perhaps cosmetic procedures are exactly what its thoroughbred customers crave these days. Injectable treatments have become almost commonplace. People aren’t getting much better at owning up to having them, but any woman over 45 who looks surprisingly good is likely having the odd tweak on a regular basis.

What really blew me away was learning that these in-store clinics have been quietly operating in locations from Edinburgh to Southampton over the past 18 months, and it’s because they’ve proved such a success that John Lewis has taken the brave decision to officially announce their arrival.

You can have your skin deepcleaned with a HydraFacial, a treatment where a pen-like device grubs out deep-seated dirt.

There are body-contouring treatments, including the more controversial CoolSculpting, which freezes away recalcitrant pockets of fat and which, in rare cases, can cause ‘paradoxical adipose hyperplasia’, where the treated fat hardens into a lump instead of melting away. (Few of us knew about this until supermodel Linda Evangelista talked publicly last year about how this had happened to her.) 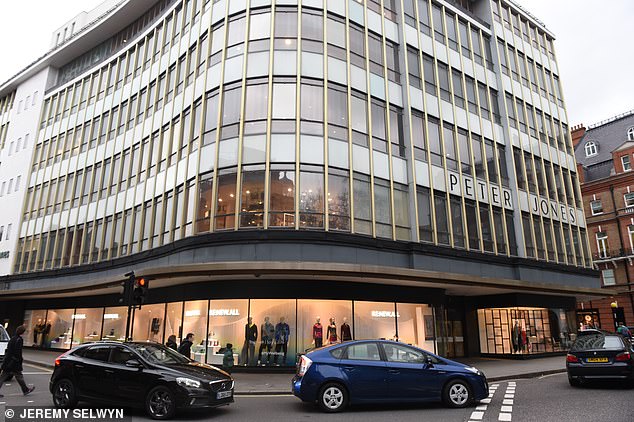 Profhilo, available at Peter Jones, has gathered a fan base thanks to the way it hydrates crepey, dry skin from the inside out and gives it back its glow

When I get to Peter Jones, I’m struck again by the happy-familyness of the store — this is, after all, the place where I brought my children to buy their first StartRite shoes for school as the shoe ladies did the measuring so well.

I walk past pretty garden furniture; see couples browsing for their wedding lists; and, looking down the famous circular staircase, I glimpse the kitchenware department where I have spent hours. Up that staircase on the first floor, the clinic could not be more hidden, tucked away — Mr Benn-like — behind John Lewis’s suits and the Ted Baker concession.

My treatment is with the immaculately turned-out Dr Dianni Dai. At the consultation beforehand, when I had shown her my crinkly chest, she agreed that injections of Profhilo would be a good idea. One round costs £425, which is on the expensive side for this kind of tweakment — the same price you’d pay in Harley Street. 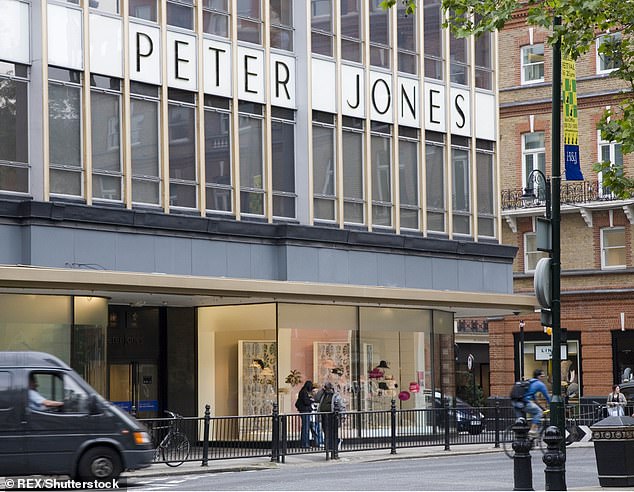 In the Cavendish Clinic, John Lewis has chosen a partner that employs only properly trained aesthetic practitioners who adhere scrupulously to the highest standards

Profhilo has gathered a fan base thanks to the way it hydrates crepey, dry skin from the inside out and gives it back its glow. It’s made from hyaluronic acid, like injectable dermal fillers used to plump up lips or recontour a jawline but, unlike fillers, it doesn’t add any volume to the face. That’s because it’s so runny. After it’s injected, it spreads under the skin and stays put, like a layer of injectable moisturiser.

‘It’s an entry-level treatment,’ says Dr Dianni. ‘It will help hydrate the skin and, over the next six weeks, the injection will help boost collagen and elastin for skin that’s firmer and more hydrated.’

I wave away her offer of numbing cream because I know the treatment only requires ten tiny injections, each of 0.2ml of Profhilo, around those long crinkles on my chest. Each stings a fraction as it goes in but it’s 2/10 on the pain scale. It takes five minutes and I’m left with some swollen bumps on my decolletage, like insect bites.

They look alarming but this stuff works its way under the skin quickly. By the time I’ve popped my shirt back on and been talked through the aftercare (leave well alone for the rest of the day while the tiny injection holes close up, then treat as normal), the lumps have all but retreated, leaving a few tiny scratches.

I need a second round of treatment in a month, and can then look forward to smoother, less wrinkled skin in the weeks that follow.

Are these in-store tweakment clinics a good thing? As someone who’s long campaigned for greater regulation of the wild west of cosmetic procedures, I think so.

In the Cavendish Clinic, John Lewis has chosen a partner that employs only properly trained aesthetic practitioners who adhere scrupulously to the highest standards. They’ll only offer injectable treatments to people over 25, who must have a full consultation first, followed by a one-week cooling-off period.

For the legions of people curious about procedures, having more well-trained, well-qualified doctors available in more accessible locations can only be a good thing. Most people who’d like to try a tweakment are terrified of looking weird — and it’s a rational fear, given the dire lack of regulation around aesthetic procedures.

There are ill-trained injectors everywhere: in hairdressers, in pharmacies, peddling their services on social media, all within the law.

This step by John Lewis (there are clinics in Milton Keynes, Cambridge and Kingston, as well as Southampton, Edinburgh and at Peter Jones) shows we’ve reached a tipping point where procedures have become, if not normalised, more acceptable.

Yet it feels as though attitudes are shifting. I recently received an invitation from the Women’s Institute to talk to its members about tweakments. Jam, Jerusalem and… jabs?

And now John Lewis. One friend went quiet when I told her this news, considering all the ramifications. ‘John Lewis is safe,’ she eventually said. ‘You know you can trust whatever you buy from it, so I guess we can trust that it has done its homework on this.’