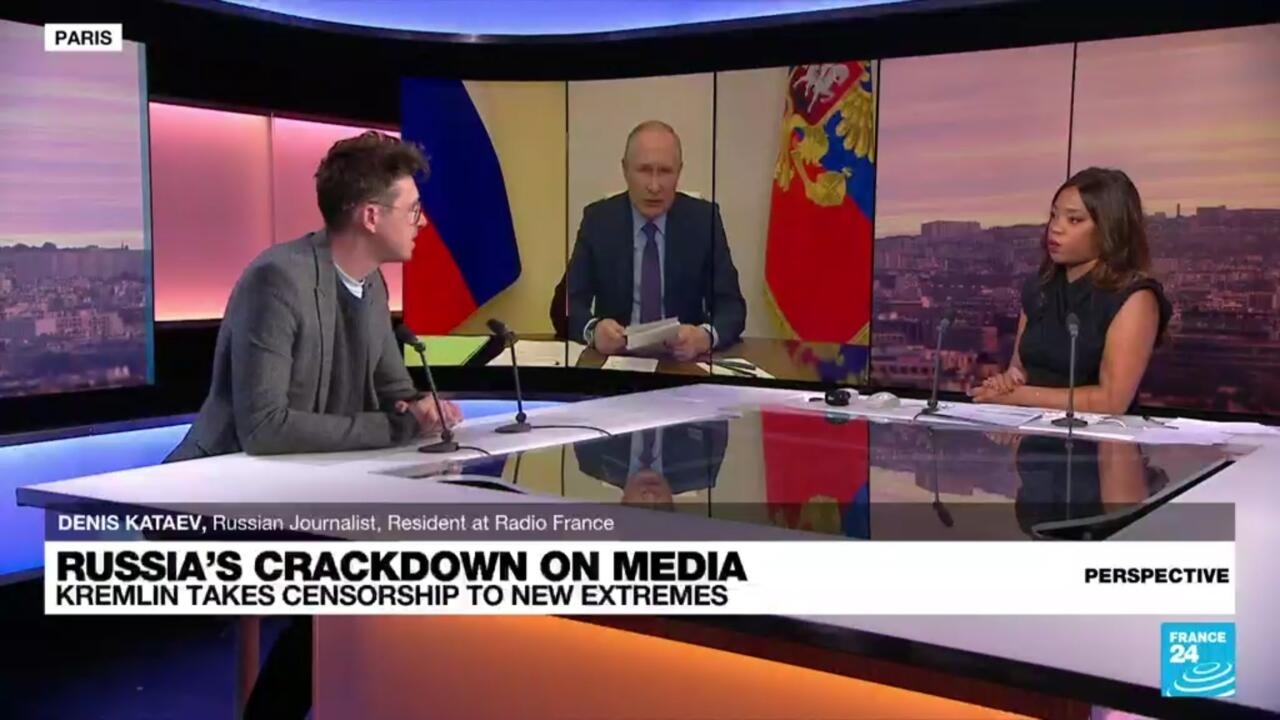 One by one, Russia’s independent media outlets have been forced to shut down since the start of the invasion of Ukraine, effectively banning all but the official state narrative on the war. The crackdown has sparked a mass exodus of Russian journalists, who fear not only for their jobs but also their lives. Among them is Denis Kataev, who was a TV anchor at the independent Dozhd TV, or TV Rain. He joined us for Perspective.