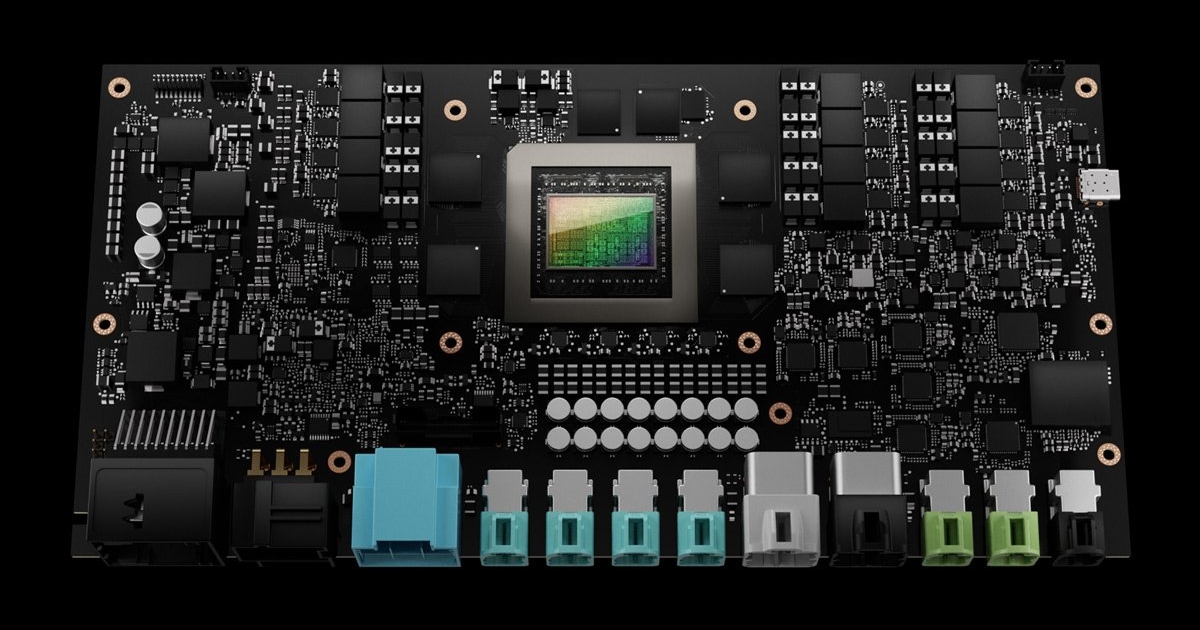 The technology was unveiled Tuesday at the company’s GTC event in San Jose, California. Analysts say the computer is designed to keep Nvidia ahead of rival Intel and its Mobileye automotive chip subsidiary.

“What they’ve done with Thor is taken Grace and Hopper and put those onto a single SOC along next-generation technology they haven’t detailed yet,” said Sam Abuelsamid, an analyst at Guidehouse Insights.

Drive Thor has a processing speed of 254 trillion operations per second, compared with 176 for Mobileye‘s most recent IQ Ultra automotive computer, Abuelsamid said. Qualcomm hasn’t yet announced the processing speed of its latest Snapdragon Digital Chassis.

“I expect Qualcomm will be announcing something fairly soon, and Snapdragon Digital Chassis is getting its first production application this year,” Abuelsamid said.

As automakers shift toward more centralized vehicle architectures, they’ll rely on all-in-one systems such as those from Nvidia, Mobileye and Qualcomm.

Production of the Thor computer has started, Nvidia said. Chinese automakers Zeekr and Xpeng have committed to incorporating Thor into 2025 model year vehicles.

“Thor is a testament to the excitement we’re seeing among mobility providers for our cost-effective, simplified central-compute architecture,” he said.

But there are still some significant unknowns, Abuelsamid said.

“They haven’t yet talked about power consumption,” he said. “And we don’t yet know what it will cost.”

Mobileye’s IQ Ultra platform will consume less than 100 watts of power, Abuelsamid said. The total system cost will be less than $1,000, he said.

“We don’t know how Thor is going to compare with that, and that could still be a challenge,” Abuelsamid said.