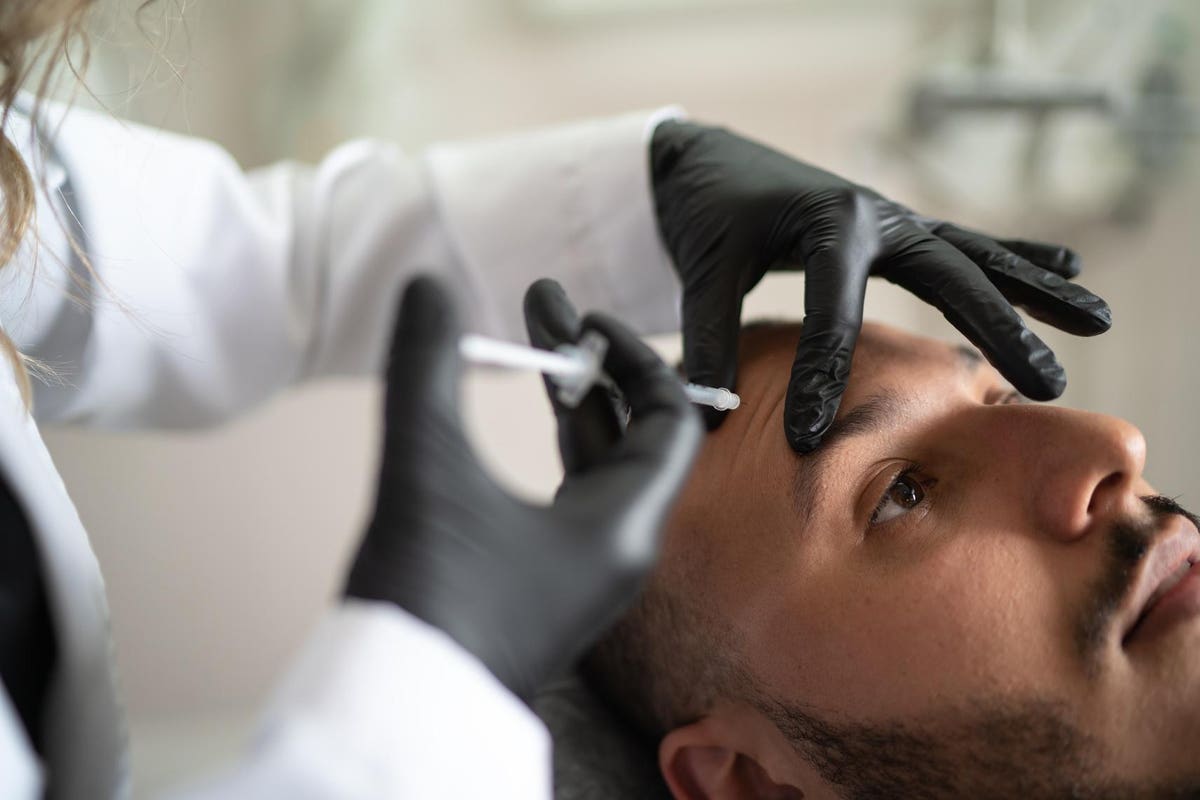 Like many other living organisms, humans are born, survive, compete for resources, reach maturity, reproduce, take care of their young, sometimes the young of their young, continuously decline, and die. Evolution needs us for just two purposes – adapt and reproduce. But, unlike other species, humans are very conscious of their fate. Humans are very much aware that after reaching peak performance they will eventually grow old and die. We are very conscious of our fate after reaching peak performance – loss off function, frailty, and eventual loss of everything we worked so hard to earn.

We observe our parents, and other elderly around them, attend funerals, and understand that eventually we will get into this state. We are also very contempt with that fate as evolution made sure that. The more ambitious of us are trying to advance science, the rest seek refuge in religion, some in philosophy, some in accumulation of wealth, and some see the continuation of ourselves in our children. But despite the many technological advances transpiring in the laboratories all over the world, there is nothing we can do at this point to escape aging. There are diets, exercises, sleep, and supplements, but these provide very marginal benefits. We do not see 120+ old yoga and diet practitioners or marathon runners around. But these simple habits do help look younger longer. And many people that have very harmful habits like smoking but still diet and exercise to look younger.

Nature is also very unfair and sexist. The females lose reproductive capacity much faster then males. Most females enter menopause between 40 and 60. The average age of menopause in the US is 51. And it is very common to see the couples where the males are significantly older. And for this reason nature found its way to signal the reproductively active people that the older person is not someone they would like to copulate with. And there are many signals: graying hair, wrinkles, body composition, etc. There are few beauty contests for people over 25, and most fashion models become popular in their teenage years. Males can reproduce longer and often remain more attractive to younger females but the level of attractiveness is usually lower and often augmented by social and economic status. It also does seem like the younger women prefer older men more often then the other way around.

So looking younger is a natural desire just like it is natural to seek a younger spouse after a certain age. It is a desire to maintain reproductive viability.

And even though there are not that many aging processes that we can have any control of, the desire to look younger spurred a giant industry. Now it is technologically possible to shave a decade or even two off the way we look via cosmetic interventions, makeup, and surgery.

But whenever we see media images of older celebrities, particularly those who seem much younger than their actual age, the inevitable questions concerning whether “he/she had work done”” or snide remarks about too much botox/liposuction” are rarely far behind.

But why is there such a stigma about wanting to look younger?  Despite all these often vicious remarks about cosmetic surgery and other attempts at looking young and attractive, it’s not just celebrities who are doing this. While cosmetic surgery used to be reserved solely for the very rich, it is becoming much more affordable, and, not surprisingly, more people than ever are taking advantage.  According to the 2019 Plastic Surgery Statistics report released by the American Society of Plastic Surgeons, more than eleven million surgical and nearly fourteen million non-surgical procedures took place worldwide last year, almost four million of those procedures in the United States alone.

While most cosmetic surgery patients are women, male patients are also becoming more common, and the demand for such services has steadily risen over the past decade. The primary market for women is routine procedures such as breast augmentation, rhinoplasty (nose reshaping), “tummy tucks,” and dermabrasion. On the other hand, male patients are getting hair transplantation, breast reductions (or augmentation), calf and pectoral implants, penile extensions (where available), and various other improvements to make them look more masculine as well as attractive. Older clients are also getting procedures specifically intended to make them look younger and thinner, including facelifts, eyelid surgery, botox, and liposuction, to name a few highly demanded anti-aging procedures.

Cosmetic surgery has become such a growth industry that even a cursory Google search can direct would-be users to local clinics. Suppose the desired service is not available locally or cheaply. In that case, would-be customers can look into “medical tourism” involving other countries where they can get surgery and enjoy other travel perks, often in the form of all-expense-paid travel packages. Such medical tourism junkets have become a significant economic boost to otherwise economically disadvantaged countries, and the demand will undoubtedly rise as baby boomers grow older.

In many ways, though, this demand for cosmetic surgery is just the tip of the iceberg. While not everyone can afford (or are interested in) cosmetic surgery, the desire to look younger and healthier has sparked a vast anti-aging industry worldwide. Along with an astonishing number of books, videos, and courses available online offering advice on fighting the signs of age, more people than ever are seeking out various services offering the promise of looking younger and more desirable. That includes weight loss clinics, nutrition counselors, personal trainers, yoga instructors, and a host of other purveyors of youth and beauty. Many older adults seeking out these services seem to be driven by their fears about aging, not to mention unrealistic media representations about the human body (particularly the female body).

But other fears seem to be driving this need to look younger. Though laws banning age discrimination continue to pass in countries worldwide, many older adults feel compelled to hide visible signs of aging to avoid being thought of as “old.” The need to look younger has sparked an entire movement surrounding the concept of “agelessness,” particularly for women who are far more likely than men to be judged for their appearance. Not surprisingly, many celebrities, male and female alike, have lent their name to various anti-aging products of doubtful validity, all of which promise users the same “agelessness” they enjoy themselves (actress Suzanne Somers and her endorsement of bioidentical hormone replacement therapy, for example).

However, almost inevitably, we are now facing a backlash in the form of a “body positive” movement encouraging men, especially women, to reject what feminist researchers describe as the objectifying of physical appearance favoring a more “genuine” look. It also highlights the double standard that exists between older men and women. While older men can be considered competent regardless of their gray hair and wrinkles, recent research suggests that many women find themselves required to look younger to be accepted. Even those women who refrain from dying their hair to appear more authentic often use other beauty practices to look more youthful. Ironically, for women who choose to make themselves look younger, the most likely backlash they experience usually comes from other women rather than men, a finding recently supported by evolutionary psychology research.

But is there anything wrong with wanting to look younger and more desirable? Numerous studies show the link between perceived attractiveness, self-esteem, and subjective wellbeing. According to one study recently published in the Journal of Women and Aging, the same body dissatisfaction often seen in adolescent girls can also occur in many women as they grow older. An online survey of over three hundred women between the ages of forty-five and sixty-five found that women who were dissatisfied with their appearance and were afraid of growing older were especially prone to depression. They were also far more likely to resort to anti-aging regimens to make themselves look younger.

In another study published last year, researchers found a strong link between perceived self-attractiveness and life satisfaction in women from different age groups (8–25, 30–45, and over 60). The study showed similar results for both overall perceived attractiveness and attractiveness of specific body parts. And people who look younger also feel younger, something that has enormous health benefits, particularly in helping people handle stress (including financial stress), cope with depression and loneliness, and greater sexual satisfaction.

Our recent work on psychological and subjective aging clocks developed using AI also provided a clue that looking younger and thinking more positively about the future correlated with lower mortality. So by looking younger you may actually live longer.

Despite the ongoing political battle over body positivity and “authenticity,” wanting to look younger is very natural and certainly no cause for being stigmatized. Ultimately though, simply looking younger is not enough. we still need to invest more efforts into aging and longevity biotechnology.  Helping people to live longer and more productive lives remains one of the most significant medical challenges imaginable. Also, eliminating the risk of deadly age-related conditions such as Alzheimer’s disease makes research into aging an investment that will repay itself many times over.

To learn more about the exciting and complex field of anti-aging research, consider attending the largest conference on aging research and drug discovery organized every year by the University of Copenhagen and Columbia University – 8th Aging Research and Drug Discovery.