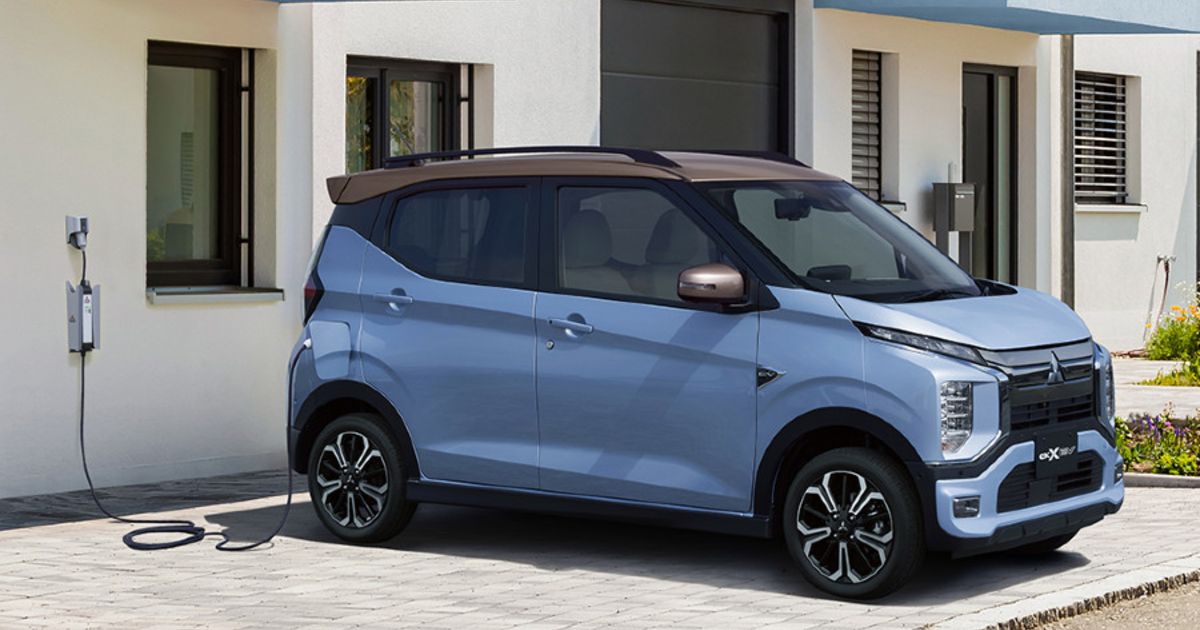 TOKYO – Nissan and Mitsubishi took an important next step in their electric vehicle ramp up plans with the start of production of a pair of jointly developed mini-EVs for the Japanese market.

The sibling nameplates, the Nissan Sakura and Mitsubishi eK X EV, aim to tap huge domestic demand for tiny runabouts in the minicar segment by floating a new all-electric variant.

Mini vehicles comprise around 40 percent of Japanese light-vehicle sales. But EVs have only a paltry presence, accounting for just 1.7 percent of total Japanese passenger car demand.

The Sakura is Nissan’s first-ever all-electric entry in the segment. Mitsubishi pioneered the technology with the now discontinued i-MiEV, an EV minicar that was launched in 2010.

For Nissan, the Sakura is the third pure EV in the lineup after the Leaf hatchback and recently released Ariya crossover. The Sakura is a potential volume player in Japan, helping Nissan deliver on its goal of electrifying 40 percent of its global model mix by 2026.

Nissan is investing 2 trillion yen ($15.6 billion) in the next five years to electrify 23 models by 2030, including 15 full-electric cars, CEO Makoto Uchida said on Friday at the joint off-line ceremony.

Nissan previewed the Sakura with an EV minicar concept at the 2019 Tokyo auto show.

The five-door, four-seat Sakura gets a 20-kilowatt-hour lithium ion battery and 47-kilowatt motor. It covers a range of 180 kilometers (111 miles) based on the WLTC Japan cycle.

Even though the range is meager compared to bigger EVs on the market today, Nissan says the Sakura’s performance is “perfect for daily use” especially in highly urban Japan.

The eK X EV has the same motor, battery and range specifications. Its addition brings an EV passenger car to the Mitsubishi lineup, after the i-MiEV’s phase out. Mitsubishi was an early mover in EVs but has turned its focus to plug-in hybrids in recent years.

The Sakura shares the same sleek, modern styling as the Ariya, sporting the closed grilled and resign shield look for a high-tech feel. Mitsubishi’s gets that brand’s rugged X-shaped front end with the prominent side-facia lighting seen in the redesigned Outlander crossover.

Both vehicles are made at Mitsubishi’s Mizushima assembly plant in western Japan under the companies’ NMKV Co. joint venture for making mini vehicles.

Nissan strengthened its alliance with Mitsubishi in 2016, when Nissan’s then Chairman Carlos Ghosn orchestrated the purchase of a controlling 34 percent stake in Mitsubishi.