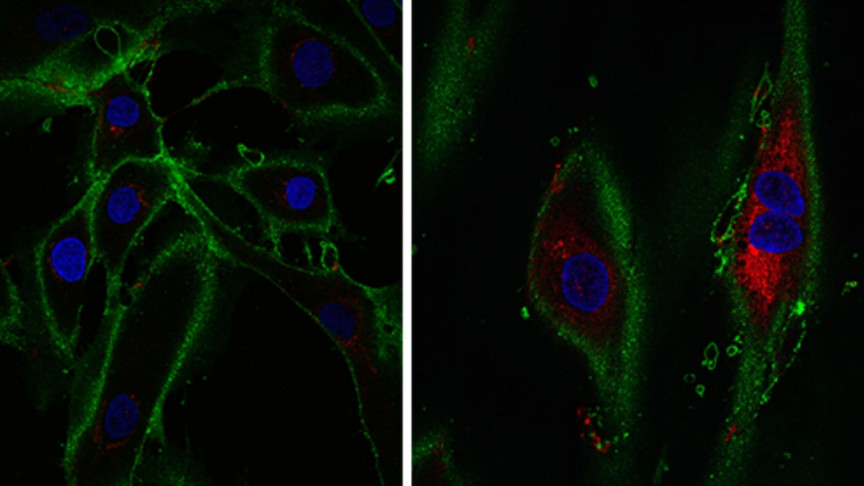 A team of researchers at the Babraham Institute, a partner organization of the University of Cambridge, UK, have made a breakthrough in regenerative medicine. Just published in the journal eLife, the team shows how they managed to turn back the clock 30 years for human skin cells.

What’s more, the new treatment was able to be completed without the cells losing any of their specialized functions. While the research is still very much in its early stages, the results so far are extraordinary.

Regenerative medicine, in case you are unaware, is a specialized area of medicine that aims to correct errors in the patient’s genome as they age. Typically as you age cells introduce errors in their code as they replicate eventually resulting in progressive degeneration of the body seen over time.

To this end, one of the most important tools in the field is the ability to create “induced” stem cells. Existing practices require several steps, each of which can erase some of the markers in the genome that code for the specialization of the cell — e.g. the bits that determine a cell should function as a skin cell, hair cell, etc.

In theory, these stem cells have the potential to become any cell type, but scientists aren’t yet able to reliably recreate the conditions to re-differentiate stem cells into all cell types until now that is.

The new method seeks to overcome this problem by halting the reprogramming of the cells part of the way through the process. This, therefore, allows the researchers to find the precise balance between reprogramming cells, making them biologically younger, while still being able to regain their specialized cell function.

The process builds on early work by Shinya Yamanaka who, in 2007, was the first scientist to demonstrate the ability to turn normal cells into stem cells. This process takes around 50 days using four key molecules called the “Yamanaka factors”.

This new method, dubbed “maturation phase transient reprogramming,” exposes cells to “Yamanaka factors” for only 13 days. At this point, age-related changes are removed and the cells have temporarily lost their identity.

These partially reprogrammed cells were then given the time needed to grow under normal conditions, to observe whether their specific skin cell function returned. Genome analysis showed that cells had regained markers characteristic of skin cells (fibroblasts), and this was confirmed by observing collagen production in the reprogrammed cells.

To check that the regenerative process was successful, the researchers looked for changes in the hallmarks of aging.

“Our understanding of aging on a molecular level has progressed over the last decade, giving rise to techniques that allow researchers to measure age-related biological changes in human cells. We were able to apply this to our experiment to determine the extent of reprogramming our new method achieved,” explains Dr. Diljeet Gill, a postdoc in Wolf Reik’s lab at the Institute who conducted the work as a Ph.D. student.

Some of the key things they looked at included something called the epigenetic clock, where chemical tags present throughout the genome indicate age.

Another is transcriptome or all the gene readouts produced by the cell. Using these two measures, the reprogrammed cells matched the profile of cells that were 30 years younger compared to the reference data sets.

This new technique could be revolutionary for medicine

This new technique is not just interesting in and of itself, it has several important potential applications. For example, the regenerated cells not only appear younger but actually function like young cells too.

The regenerated cells’ fibroblasts also move into areas that need repairing. Researchers tested the partially rejuvenated cells by creating an artificial cut in a layer of cells in a dish.

Amazingly, they found that their treated fibroblasts moved into the gap faster than older cells. If true, this is great news as it means a method can be found to speed up healing in patients.

But, it doesn’t end there. In the future, the treatment could be used to treat other age-related diseases and disorders.

For example, the APBA2 gene (associated with Alzheimer’s disease), and the MAF gene (with a role in the development of cataracts) could be targeted resulting in changes toward youthful levels of transcription. This would be a game-changer.

While the mechanism behind the successful transient reprogramming is not yet fully understood, it is probably only a matter of time before its secrets are uncovered. The researchers speculate that key areas of the genome involved in shaping cell identity might escape the reprogramming process.

“Our results represent a big step forward in our understanding of cell reprogramming. We have proved that cells can be rejuvenated without losing their function and that rejuvenation looks to restore some function to old cells. The fact that we also saw a reverse of aging indicators in genes associated with diseases is particularly promising for the future of this work,” concluded Diljeet.

“This work has very exciting implications. Eventually, we may be able to identify genes that rejuvenate without reprogramming, and specifically target those to reduce the effects of aging. This approach holds promise for valuable discoveries that could open up an amazing therapeutic horizon,” added Professor Wolf Reik, group leader in the Epigenetics research program.