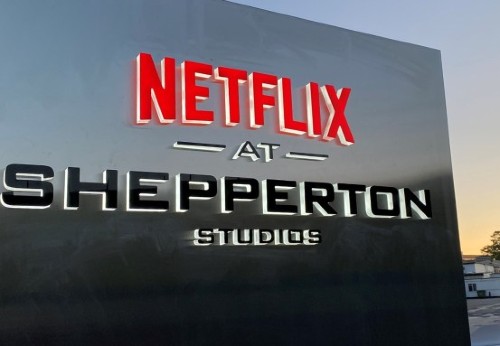 Streamer Netflix has been one of the top producers of content in the world, and they’ve wisely been building, buying and long-term renting many studios across the country and globe to have space for said production. So it’s little surprise that Netflix has renewed its long-term agreement with UK production faciity, Shepperton Studios.

Pinewood Group, which owns Shepperton, also announced today that the site will be significantly expanded, with the new development totaling approximately 1 million sq ft of new production accommodation, and comprising 17 additional sound stages, adding to the 14 that already exist. Construction is set to be completed by 2023.

Neither Netflix nor Pinewood disclosed  how much of the facility Netflix will occupy exclusively, but did confirm it will not be the entire studio.

Paul Golding, Chairman, Pinewood Group, said in a statement, “We are thrilled to be going ahead with the next phase of expansion at Shepperton Studios and we’re especially pleased to be strengthening our partnership with Netflix. Their commitment to expand at Shepperton is an endorsement of our operational expertise and enables us to continue our investment into this great studio.”

Anna Mallett, Vice President Physical Production UK & EMEA, Netflix, added: “We are delighted to announce the expansion of our production presence in the UK. The new contract with Shepperton highlights our commitment to investing in the UK creative industry and will provide a wealth of opportunities and production jobs, from entry level to heads of department. We’re excited to work with some of the best storytellers in the business to create amazing new films and series for our members.”

The UK is also experiencing a production boom with numerous studio projects and expansions being rushed through to cater to the seemingly ever-growing demand from the U.S. streamers and studios. As a result, companies like Netflix are increasingly seeking to strike exclusive deals with facilities to make sure they have enough stages to house their productions. For instance, Disney made a deal with Pinewood Studios in Buckinghamshire for its productions, and Warner Bros. bought Leavesden Studios and converted it into Warner Bros. Studios Leavesden after filming all eight Harry Potter movies there.

Netflix also recently struck a deal to occupy a new site set to be opened in Enfield, North London, while many in the industry have been looking at Amazon’s decision to move its big-budget The Lord Of The Rings series from its previous home in New Zealand to the UK for its second season