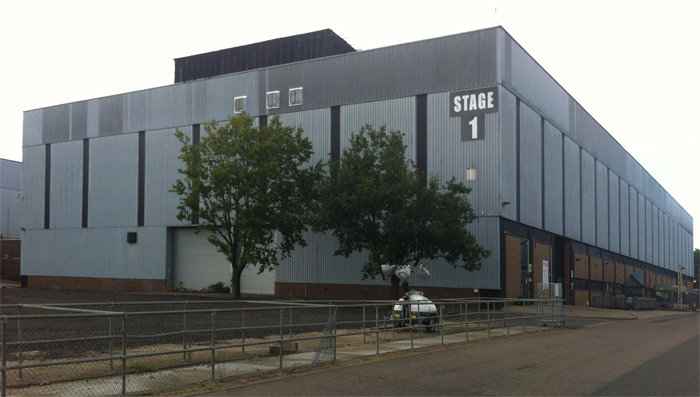 Fresh off its Emmys triumph, Netflix has announced that it is increasing its already considerable international footprint with a deal to lease the UK’s Longcross Studios.

The deal will see Netflix partner with asset management firm Aviva to operate and expand the Surrey film and TV complex, which has hosted major productions including the James Bond and Star Wars franchises, Marvel movies and hit ITV drama Broadchurch.

The partnership will see Netflix take a long-term lease at the site, which is around 20 miles west of central London.

The existing facility includes four main stages, 200 acres of backlot, a two-and-a-quarter mile test track, an off-road course, and a 150-year-old manor house which has been home to series Call The Midwife.

The UK is Netflix’s biggest production base outside the U.S. and the Longcross deal adds to the streamer’s existing production hub at Shepperton Studios and a long-term partnership with Pinewood Group to lease stages, workshops and office space.

The streamer has committed to a UK production budget of more than $1BN in 2021 across 60 productions including Sex Education, The Witcher, Bridgerton, Anatomy of a Scandal, Man vs Bee, Stay Close and Heartstopper.

Anna Mallett, Vice President, Physical Production, EMEA/UK, at Netflix, commented: “We are delighted to announce the expansion of our production presence in the UK. The new lease at Longcross highlights our commitment to investing in the UK creative industry and will provide a wealth of opportunities and production jobs, from entry level to heads of department. We’re excited to work with some of the best storytellers in the business to create amazing new films and series for our members.”

She continued: “Our work in the UK has only begun. This year, we are spending over $1BN on new series, films, unscripted, and documentaries, which is expected to create more than 5,000 jobs. We’re also excited to be able to support the careers and training of up to 1000 people across the UK through our brand new training programme Grow Creative UK, which will focus on upskilling crew and emerging British talent, especially those from diverse backgrounds. The programme forms part of Netflix’s long term ambition to provide the greatest number of training opportunities across high end TV and film in the UK.”

As part of the announcement, Aviva Investors has also acquired the remaining stake in a 72-acre film production site, which has been purchased from joint venture partner Crest Nicholson, for £45M.

The deal furthers Aviva Investors’ ownership of land at Longcross, with the business having co-owned the site – which totals approximately 380 acres – alongside joint venture partner, Crest, since 2003. It also deepens Aviva Investors’ existing relationship with Netflix, which has its London headquarters in Fitzroy Place and also recently took residency of a large site in Uxbridge in west London.

Aviva Investors recently completed the letting of a building in Park Royal, North West London, which will be turned into the Garden Studios film studio complex.

The Times was first to report on the Netflix-Longcross deal.