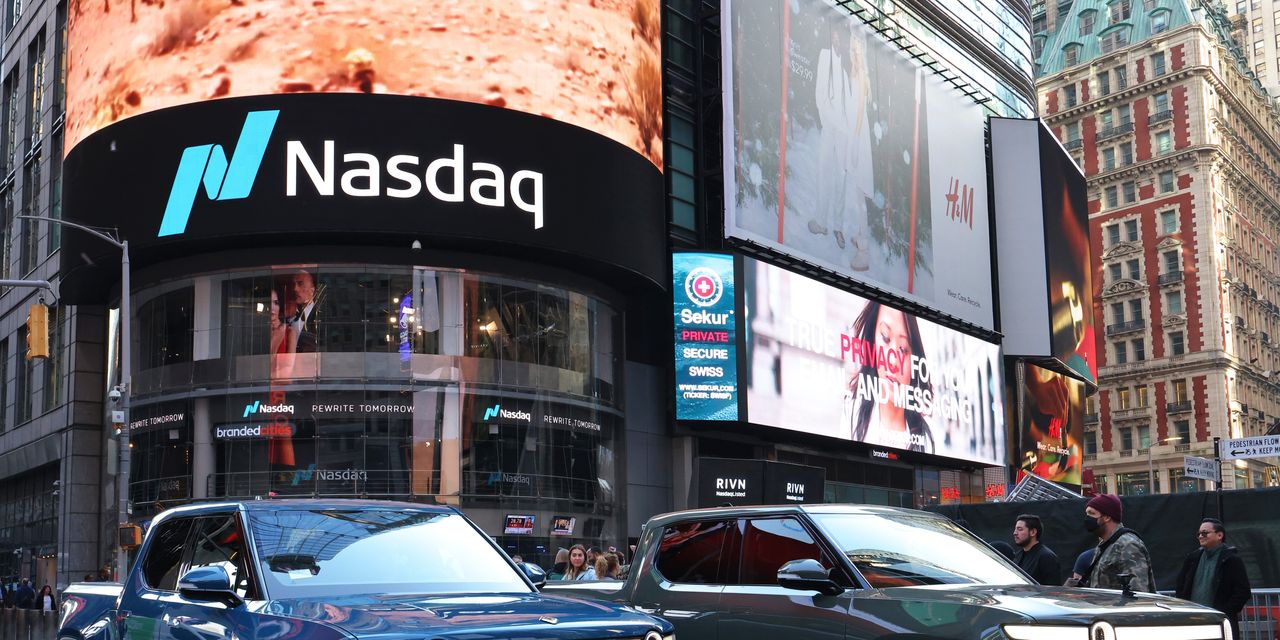 The Nasdaq Composite booked its best day in more than a week on Monday, after investors snapped up technology and communications shares on Elon Musk’s disclosure of a large stake in social media platform Twitter Inc.

The Nasdaq, Dow industrials and S&P 500 all rose for a second straight trading day.

What drove the market

The S&P 500’s information technology sector finished up by 1.9%, while the communications-services component closed 2.3% higher and the consumer-discretionary sector advanced 2.3%, according to FactSet. Shares of Meta Platforms, formerly Facebook, FB, -2.11% finished 4% higher, while those of Google parent GOOG, -4.26% Alphabet Inc. closed up by 2.1% and Netflix Inc. NFLX, -1.24% stock jumped 4.8%.

“Technology is primarily up because of Musk buying shares of Twitter,” said Kent Engelke, chief economic strategist at Capitol Securities Management, by phone. “But we’ve also talked about the lack of liquidity in markets right now, whether it’s equities or Treasurys.”

Engelke expects the next big catalyst for stocks to come in about a week with the kickoff of quarterly earnings in earnest by big banks and investors looking for more clarity on the impact of hot inflation on margins.

Traders also were monitoring the latest developments in Ukraine. German Chancellor Olaf Scholz said on Sunday that Western nations will impose additional sanctions on Russia in the coming days.

The Federal Reserve also remains a key focus, with minutes from the central bank’s March policy meeting due on Wednesday. The minutes will be parsed for clues to policy makers’ plans for future moves — in particular, the anticipated reduction of the Fed’s nearly $9 trillion balance sheet — after a quarter-point rate hike was delivered last month.

Investors, economists and analysts continue to debate the implications of moves along the Treasury yield curve. The yield on the 2-year Treasury note traded above the 10-year rate again on Monday — inverting that closely watched measure of the curve, which has served as a reliable recession indicator, albeit with median lag of around a year-and-a-half. Inversions are also occurring in other, less-followed parts of the curve.

“This is a tricky environment for equities. The bond market is saying the risk of an ‘accident’ is very high as rising rates could break a financial system that’s swimming in leverage, but on the other hand, the economy is booming and real yields are still negative,” wrote Marios Hadjikyriacos, senior investment analyst at XM, in a note.

Read: Why an inverted yield curve is a bad tool for timing the stock market

That leaves equity investors with little choice but to “hold on,” the analyst said.

“With bonds selling off and commodities at the mercy of geopolitics, there just aren’t many attractive investment opportunities outside of the stock market. That sets the stage for some choppy trading, until it becomes clearer whether a recession is really on the cards,” he said.

See: U.S. government bonds just suffered their worst quarter of the past half-century: Here’s why some investors may not be fazed

Oil prices CL00, -2.67% settled higher, with U.S. prices back above the $100 mark. They bounced back after a sharp drop last week, sparked partly by a U.S. announcement of an unprecedented release of strategic reserves to fight rising energy costs.

What other assets were doing

— Joy Wiltermuth contributed to this article.