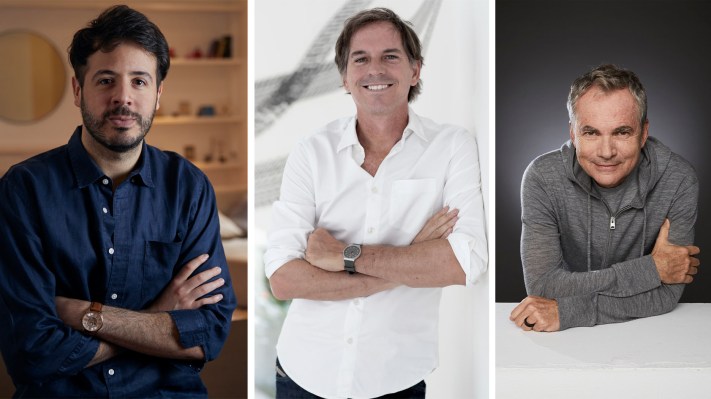 The firm was started in 2020 by serial entrepreneurs Matías Nisenson, Martin Varsavsky and Alec Oxenford, who lead the firm remotely from Argentina, New York and Spain. They are joined by Cesar Levene, an international tax and law expert.

“As an entrepreneur, I build ‘unicorns,’ and now I’m searching for them with Myelin,” said Varsavsky in a written statement.

Meanwhile, Oxenford is founder and former CEO of letgo, an online secondhand marketplace. He told TechCrunch that Nisenson and Varsavsky were good friends that were successful and smart, so it made sense to join them in the firm. Though he has made over 100 investments, he is also a founder and said he wanted to help other entrepreneurs not make the same mistakes he did.

The firm aims to raise between $25 million and $50 million for the second fund, Oxenford said. The fund is industry agnostic, but they are attracted to seed and Series A startups in biotech, fintech, proptech, femtech and food tech.

It also partners with large portfolios and networks for leads. An average check size for the firm is $250,000 to $500,000 for a first check, and $1 million to $3 million for follow-on funding.

However, Oxenford sees check sizes increasing as valuations, especially in Latin America, are rising and more capital is flowing. This also makes it more difficult to identify the companies with substance.

“Having been founders — all three of us — we can understand a bit better than others whether there is substance, and the projects have true potential,” he added. “We look for unicorn potential, some revenue, a serial entrepreneur and a good culture that is data-driven. We are taking a special approach that is founders helping founders in various stages of their careers.”

The new fund follows Myelin I, which invested several millions into 23 startups, including CookUnity and Buenbit. Nisenson says the first fund was “mostly proof-of-concept,” and was his first time as a fund manager, though Varsavsky had worked on other funds. They decided to have a very small fund and co-invest with larger funds.

“We found that nano funds can outperform big funds because you can invest in every deal,” Nisenson added. “The big funds don’t care because you are not competing with them.”