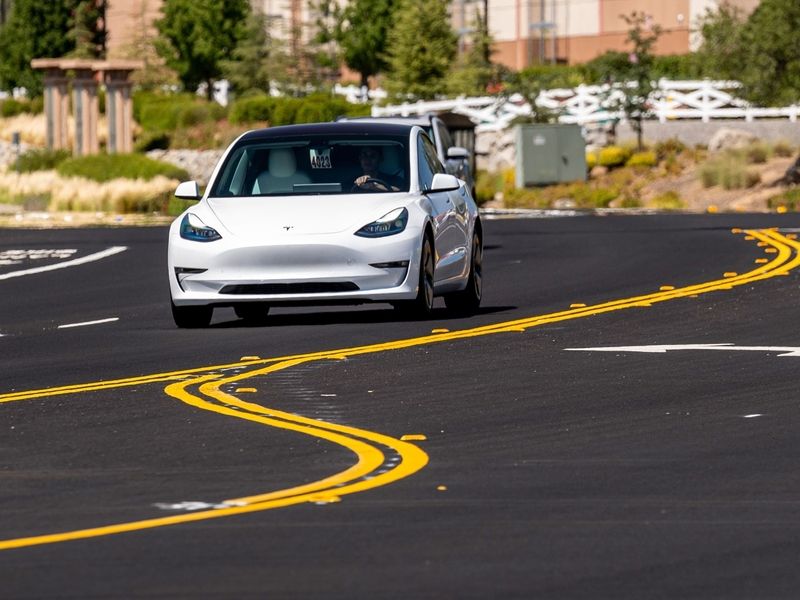 Tesla used its inaugural AI Day to showcase improvements in its self-driving capability — which has come under a regulatory spotlight — and unveiled plans for a life-like robot that Elon Musk says will take the drudgery out of everyday life.

It also highlighted the progress made on its own semiconductor, designed in-house specifically to train the neural network that powers autonomous driving, while Musk said he would consider licensing the technology to rivals.

The chip is a crucial part of the system that makes up Dojo, a previously touted super computer that Tesla says is key to cracking fully autonomous driving. Musk said Dojo would start operating by the end of next year.

While rivals such as Aurora, Cruise, Waymo and Zoox are using a blend of cameras, lidar and radar in autonomous-vehicle technology, Tesla is working on a purely “vision”-based system, using eight vehicle-mounted cameras to process a real-time 3D “vector space” to guide navigation.

In a series of videos, Andrej Karpathy, Tesla’s director of AI, showed a self-driving car negotiating traffic and turns, likening the camera-setup to the brain’s neural system. Other engineers talked about Tesla’s 1,000-person strong data-labeling team and simulation capabilities.

“It seems like the multi-camera feature to capture the bird’s-eye view has improved,” said Ijteba Ali Agha, a portfolio manager at HBL Bank Ltd. in London who stayed up past 2 a.m. to watch the presentation. “A lot of tech stuff Andrej is explaining — it seems that the company is advancing.”

Tesla’s Autopilot feature is still considered to be a Level 2 driver-assistance feature — not full self-driving.

One of the biggest developments outlined during the presentation was the progress Tesla has made on its own semiconductor. The “D1” chip, along with an integrated system of other processors and connectors, makes up the “training tiles” that will power the Dojo supercomputer.

Musk said that it was unlikely Tesla would open-source the technology but would consider licensing it to rivals. The biggest suppliers of chips to the automotive industry include Infineon, Renesas and NXP. Global automakers have been slammed by a shortage of chips, highlighted by Toyota Motor on Thursday slashing planned production by 40 percent.

“It is fundamentally extremely expensive to create the system so somehow that has to be paid for,” Musk said. “I am not sure how to pay for it if its fully open-sourced. Unless people want to work for free,” he added.

At the end of the two-hour event, Musk’s reappearance to introduce the ‘Tesla Bot’ reinvigorated proceedings.

Preceded onto the stage by a person dressed in a skintight white suit and grey space helmet doing a jerky robot dance, Musk announced plans for a lifelike humanoid robot designed to take the drudgery out of everyday life.

A prototype should be available next year, and will eliminate “dangerous, repetitive and boring tasks,” like bending over to pick something up, or go to the store for groceries, Musk said. “Essentially the future of physical work will be a choice.”

Musk has a long history of unveiling products that are mere prototypes –essentially selling a vision before it exists in reality. In November 2017, Tesla unveiled its Semi truck at a late night event near Los Angeles, but that vehicle has been pushed back until 2022 at the earliest, due, in part, to challenges making larger battery cells.

“Elon has a big vision,” said analyst Gene Munster of Loup Ventures. “For investors, the Tesla Bot is something new that they can dream about. The chip is more substance, but boring for most investors.”