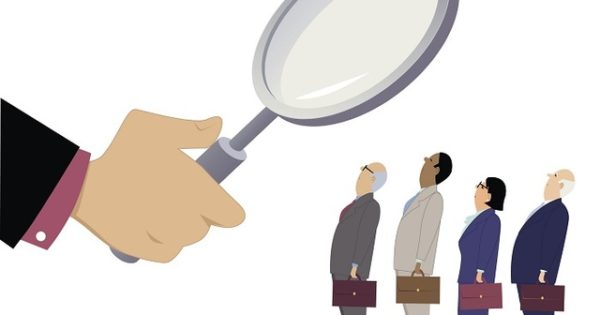 John Redwood and other MPs moonlighting for wealth and asset managers have been accused of having a conflict of interest because they cannot fairly represent their constituents against the deep pockets of the UK investment industry.

MPs’ incomes have been under a microscope since former Tory minister Owen Paterson’s resignation last week amid a lobbying scandal. The North Shropshire MP was paid over £110,000 ($148,700, €128,500) a year to champion several companies, which is against parliamentary rules.

MPs are paid a basic salary of £81,932 but currently there is no cap on what they can earn on top of this.

Our sister publication Portfolio Adviser examined the register of MPs’ interests and found at least nine are on the payrolls of investment firms, serving in a range of roles from board advisers, to consultants and speakers at events.

Their extra earnings reach up to hundreds of thousands pounds a year.

Robin Powell, editor of the Evidenced-Based Investor, said no MPs should be taking on additional paid employment, but he has “a bigger problem still with MPs being paid by asset managers”.

Powell added that the UK asset management industry is dysfunctional, provides poor value for money, and has been poorly policed by the Financial Conduct Authority. “These are issues that parliament should be taking very seriously, so to have MPs working for this industry at a time like this is unhelpful and inappropriate.”

As Charles Stanley’s global chief strategist, Redwood is one of the most visible MPs moonlighting for the investment industry.

Documents from 1 November 2021 show the Wokingham MP earns £48,000 per quarter for 50 hours of work a month with the wealth manager, which includes writing a twice weekly market review and investment report, chairing the investment committee, and giving oral and written presentations.

On 24 June 2021, Charles Stanley gave him a £35,000 bonus for work over the past year, despite not logging any additional hours.

Redwood is also a member of the advisory board of Epic private equity which pays him £5,000 a year in return for three hours’ work per quarter.

John Baron is another MP enhancing his income via the investment industry. The longstanding member for Basildon and Billericay and Investor’s Chronicle columnist launched a wealth management firm dedicated to investment trusts and ETFs this year, alongside City analyst Chris Grant. He owns a controlling stake in the business, which has attracted £30m in assets under management since soft launching in January.

Baron receives £800 a month for his monthly investment column in the FT’s Investors’ Chronicle magazine, though all fees are waived in lieu of donations from the newspaper to charities of his choice.

Others have topped up their incomes by accepting generously-paid speaking jobs.

Health secretary Sajid Javid was paid £20,000 by Munizich & Co for an online speech he gave to clients of the specialist fixed income manager.

Former prime minister Theresa May has raked in over £757,000 in speaking engagements since April 2020, including for JP Morgan Chase and Amundi Asset Management. But the bulk of this was used to pay employees, maintain May’s “ongoing involvement in public life” and support her charitable work.

Payments are made to the Office of Theresa May Limited, from which she receives £85,000 annually with an expected commitment of 24 hours per month.

Wyre Forest MP Mark Garnier is currently being paid £10,000 per annum, in quarterly instalments, for work carried out as a principal speaker for BRI Wealth Management from 1 April 2019 until 31 March 2022. This includes speaking at eight client events and writing occasional articles for client newsletters, a total of 64 hours’ work.

Many other MPs are being paid in an advisory capacity.

Former Brexit minister David Davis is an adviser to THI Investments, the €1.8bn (£1.5bn, $2.1bn) single family office of the Hagenmeyer family, which made its wealth in automotive manufacturing. Davis receives £34,000 for 16 hours work per year for his work with THI.

Andrew Mitchell, raked in £183,000 for 34.5 days’ work in various financial advisory roles for Investec and Ernst & Young. Since 2019, he has been a senior adviser to specialist manager Arch Emerging Markets Partners where he receives £15,000 plus VAT each year for 2.5 days’ work plus commission for introducing any new business.

All but one of the nine MPs Portfolio Adviser identified on the payroll of investment firms were from the Conservative party.

Liberal Democrat leader Ed Davey receives £4,500 every three months for 12 hours’ work on the advisory board of specialist asset manager Next Energy Capital.

He added that “many MPs previously worked in the City, and many hope to be offered a lucrative job there if they lose their seats”.

Javid had an investment banking career, working for the likes of Deutsche Bank, before pursuing politics. After stepping down from his brief stint as chancellor, he took a a seat on the JP Morgan Emea Advisory Council on 17 August 2020 where he received a generous £150,000 for “providing advice on the global economy, major industries and geopolitics”. He abandoned the post after being appointed to the cabinet in June.

“The fund industry lobby is hugely powerful and influential,” he says. “I don’t have a party political allegiance, but it needs to be said that the Conservative party is largely funded by individuals who have made their fortunes in financial services.”

“For all of these reasons I would prefer our MPs to be batting for consumers, not the industry,” Powell said.

Not everyone agrees MPs moonlighting in the investment industry is a problem.

Fairview Investing director Ben Yearsley said: “It’s not fashionable to say, but I don’t care they’ve got second jobs as long as they’re doing their main job, which is being an MP, properly.”

Yearsley believes MPs are not paid enough so it is understandable why they would want a second job.

They also have less job security now that Boris Johnson plans to repeal the fixed-term parliament act, which set a five-year period between polls and blocked the prime minister from calling general elections at will.

“Boris could call an election after Christmas, or whatever, and you could be out of a job after two years or three years,” Yearsley added.