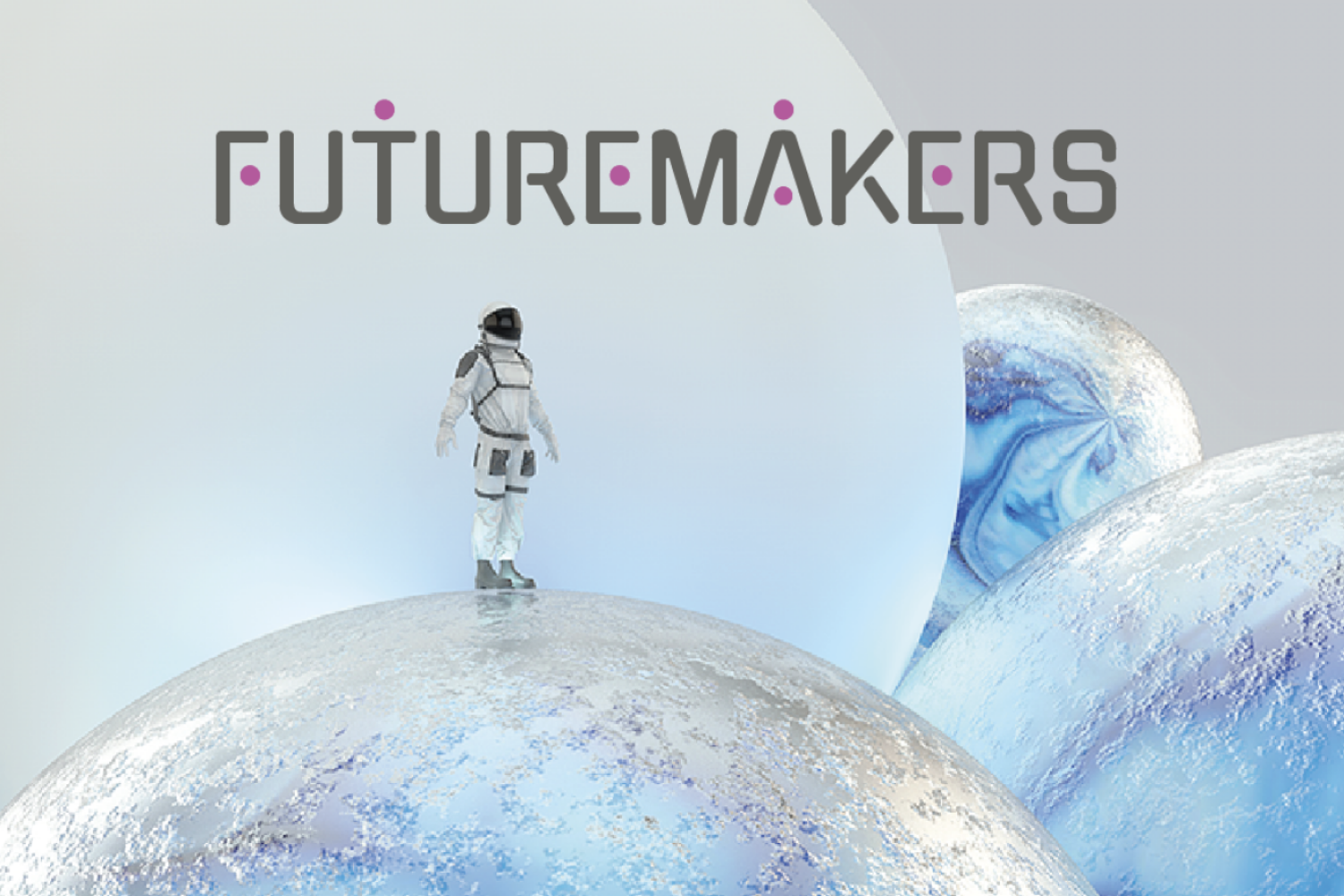 As she was looking for a camp last summer, Yabesra Ewnetu, who’d just finished eighth grade, found a reference to MIT’s FutureMakers Create-a-thon. Ewnetu had heard that it’s hard to detect bias in artificial intelligence because AI algorithms are so complex, but this didn’t make sense to her. “I was like, well, we’re the ones coding it, shouldn’t we be able to see what it’s doing and explain why?” She signed up for the six-week virtual FutureMakers program so she could delve into AI herself.

FutureMakers is part of the MIT-wide Responsible AI for Social Empowerment and Education (RAISE) initiative launched earlier this year. RAISE is headquartered in the MIT Media Lab and run in collaboration with MIT Schwarzman College of Computing and MIT Open Learning.

MIT piloted FutureMakers to students from all over the United States last year in two formats.

And during six-week summer Create-a-Thons, middle school and high school students do a deep dive into AI and coding for four weeks, then take two weeks to design an app for social good. The Create-a-Thon culminates in a competition where teams present their ideas and prototypes to an expert panel of judges.

“We want to remove as many barriers as we possibly can to support diverse students and teachers,” says Cynthia Breazeal, a professor of media arts and sciences at MIT who founded the Media Lab’s Personal Robots Group and also heads up the RAISE initiative. All RAISE programs are free for educators and students. The courses are designed to meet students and teachers where they are in terms of resources, comfort with technology, and interests.

But it’s not all about learning to code.

The one-week FutureMaker Workshops are offered year-round. MIT trains teachers or people who work at STEM educational organizations so they can bring the tools and project-based hands-on curriculum and activities to their students. One year in, MIT has trained 60 teachers who have given workshops to more than 300 students, many from underserved and under-represented communities across the United States. Teachers and mentors choose from among four workshop themes for their training: Conversational AI, Dancing With AI, Creativity and AI, and How to Train Your Robot.

MIT worked with Lili’uokalani Trust in Hawaii to teach the How to Train Your Robot workshop during a spring break program on the remote islands of Moloka’i and Lana’i.

When the trust visited the MIT Media Lab on an East Coast study tour, “we were immediately inspired by the vast array of AI and STEM programs and decided to pilot How to Train Your Robot,” says Lili’uokalani Trust program manager Kau’ilani Arce.

The workshop introduced students to AI, image classification, and algorithmic bias, and taught them to program robots using a custom block-based coding environment built using the Scratch programming language, which was developed at the Media Lab.

On the first day, “we learned about algorithmic bias and how it can lead to deeply rooted issues, such as social and racial injustices,” Arce says. “It was a wonderful opportunity to critically think about how Native Hawaiians are equally represented in algorithms we use daily.”

The best moment for sixth-grader Yesmine Kiroloss: “When I got to program my robot!”

For students without previous AI experience, it took grit to understand the correlation between a coding environment and a functioning robot, says Arce. “There was an overwhelming sense of accomplishment.”

The Create-a-Thon had two tracks: an MIT App Inventor track with 30 students including Ewnetu, and a Deep Learning track with 45. The 78 students hailed from more than 20 states and just over two-thirds were female.

For the first four weeks students worked in groups of eight with two graduate student mentors who summarized each day’s lessons and held office hours so the students could ask questions.

In the final two weeks, the students applied what they’d learned to create something with societal or environmental impact.

A key step was plotting out a minimum viable product: a web or mobile app that contained the minimum elements needed to illustrate their idea.

At the end of the six weeks, 15 teams of four students and a mentor showed off their ideas in an entrepreneurial-style pitch competition judged by experts form academia and industry.

Ewnetu’s team, Team Dyadic, built a prediction model to warn people about wildfires. The idea was inspired by a team member from California. The team bootstrapped a website, collected a dataset, trained a machine language model, and added an interactive map. “Our code is a prediction of how close the current conditions are to a fire condition,” says Ewnetu, who’s now a first-year student at Justice High School in Falls Church, Virginia.

The team members had a mix of experience. “There were people in the class who had a lot of [coding] experience and there were people in the class like me who had very little to no experience,” says Ewnetu. She needed a lot of help from the mentors in the first couple of weeks, but then everything clicked, she says. “It went from like an error every other line to an error maybe every other section.”

Ewnetu “is the perfect embodiment of what happens when you just provide people with support,” says SureStart founder Taniya Mishra. “[Having] high expectations is a good thing, especially if you can provide a lot of scaffolding.”

Team Dyadic made the finals. “To see all of our work culminate and then pay off just made us feel like winners,” Ewnetu says.

Meanwhile, Team Youth of Tech created the Vividly app, which allows parents to input questions for their child. When the child logs in, the app asks if they’re happy, sad, frustrated or angry, a bot named Viviana asks the questions, and the child communicates with the bot, knowing the parents can see the conversation.

The idea is to give kids a way to be open with their parents in a very comfortable environment, says Bella Baidak, a first-year masters of information student at Cornell Tech in New York City, and the team’s mentor.

“Our idea was to make this a routine, like brushing your teeth.”

Team Youth of Tech made the finals, then won. When they announced Team Youth, “I was screaming I was so excited! I was in tears. I was in joy,” says Rameshbabu.

Teachers can reach out to RAISE to learn about the one-week training workshops.

Students and teachers can also get started with AI this May 13 during the Day of AI. Students and their teachers from all over the country can learn about AI literacy through a modular, hands-on curriculum that supports up to four hours of learning per grade track. The Day of AI format can be taught by teachers with a wide range of technology backgrounds and are designed to be accessible to all students.

This year’s Day of AI, on May 13, includes teaching materials for upper elementary through high school. The program will eventually span all of K-12. Teachers can register here for a two-hour Day of AI teacher training program. Teaching materials are available under a Creative Commons license.