Minnie Driver’s new memoir, Managing Expectations, is a collection of essays that dives into a few of life’s deepest subjects including motherhood, career, love, and aging. As you probably know, the Good Will Hunting star has had quite the expansive, iconic acting career—but that in no way means her glory days are behind her.

At 52, Driver is honed in on experiencing life fully (especially after the recent devastating loss of her mother), and she’s not letting age get in the way of that—even when it comes to hopping on a surfboard and riding the waves, a pastime she’s enjoyed for the last 25 years. 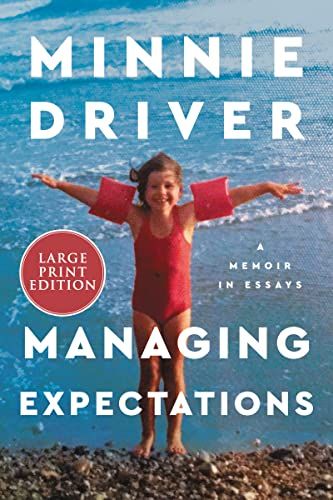 Managing Expectations: A Memoir in Essays

“I don’t really stop with the whole notion of getting older,” she recently told Good Morning America. “It bugs me the whole idea that I have to change anything about my life, because I feel exactly the same on the inside.”

The actress also touched on aging in promotion of her new partnership with Joico hair care. Voluminous curls have always been her signature look, and caring for them has changed as she’s gotten older.

“We associate shiny, healthy, strong hair with youthfulness, and while I’m not advocating that anybody tries to look 25 when they’re over the age of 50, I think you can embrace all of these things that have to do with health, vigorousness and athleticism,” she told Entertainment Tonight. “Strong, healthy hair says that to me, so that’s why I always pursue that.”

As for the rest of her, Driver isn’t necessarily trying to achieve a certain “younger” look—a goal anti-aging skincare and cosmetic procedures like Botox often pressure women into. In 2020, she took to Twitter in opposition of the phrase “50 is the new 20,” because although it may seem progressive on the surface, it aims to divert attention from one’s actual age.

“Sick of this ‘50 is the new…[insert age here],’” she tweeted. “50 has always been 50. Women were previously just expected to shrivel and accept their husk. I suppose it must be terrifying to a lot men if we actually burned brighter, hotter, more ambitious and emancipated from shame, the older we got.”

And that’s the mentality she continues to adopt today. Managing Expectations was her first memoir, but she’s motivated to keep writing. “There were so many more stories that I couldn’t fit in,” she told Good Morning America. “So there’ll be another set of essays in a kind of memoir form at some point, as well.”

52 is far from the end for Driver. In some ways, it’s just the beginning.

Kayla Blanton is a freelance writer who reports on all things health and nutrition for Men’s Health, Women’s Health, and Prevention. Her hobbies include perpetual coffee sipping and pretending to be a Chopped contestant while cooking.