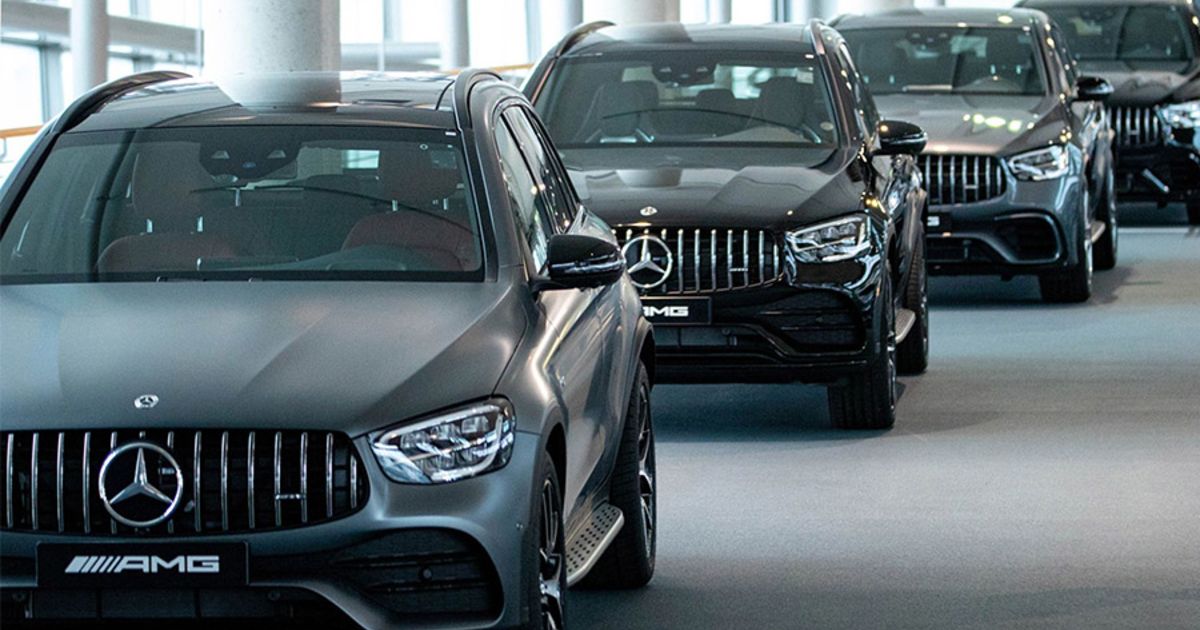 Mercedes-Benz will cut back its entry-level suite of cars as part of a strategic overhaul that will channel more than three-quarters of the automaker’s investment to its higher-end vehicles.

Mercedes unveiled its plans to major investors on Thursday, placing the drive for greater profitability on its so-called Top End Vehicle segment, home to the iconic G-Class off-roader, the flagship S-Class sedan and the high-performance AMG division.

“We are further sharpening the focus of our business model and product portfolio in order to maximize the potential of Mercedes-Benz even in challenging conditions,” CEO Ola Kallenius said in a statement.

“At the heart of that is our goal to build the world’s most desirable cars,” he added.

The strategy builds on a trend that pushed profitability to record levels during the semiconductor crunch, but the jury is out on whether it would be as effective if supply constraints ease and automakers return to chasing market share.

While Mercedes sold 10 percent fewer vehicles in the first quarter compared to a year ago, profit surged 20 percent.

Mercedes sees top-end vehicle sales increasing by 60 percent by 2026, a jump that would help push its operating margin to around 14 percent by mid-decade, the company said.

But the automaker acknowledged that headwinds including raw-material prices, supply-chain bottlenecks and broader economic risks pose a threat to the targets.

Variants for entry-level compact models such as the A-Class will be cut to four from seven, the company said. Mercedes currently produces numerous entry-level variants, including the CLA Shooting Brake wagon and SUV models that include the compact GLA.

Mercedes will launch its next car operating system on an entry-level compact car and brand them as flagships for affluent, tech-savvy buyers.“We are not chasing volume,” Mercedes Chief Financial Officer Harald Wilhelm said on a call with reporters. “This is entry luxury.”

“We will reduce complexity in many areas… that dramatically changes logistics,” with factories set up differently in different regions depending on the most preferred types of vehicles in each market, said Markus Schäfer, head of development at Mercedes parent Daimler.

Customers will be offered pre-set packages when configuring their cars based on regional preferences, simplifying production in comparison to build-to-order models.

Mercedes announced a move to put 75 percent of investment into top-end vehicles and its highest-selling segment of C-Class and E-Class models.

“The willingness to pay is there,” Schäfer said. “Many, many customers are ready to pay the extra price for luxury.”

Bringing down the cost of batteries for electric cars remains a top priority, Schäfer added.

“I would like to halve the size and weight of batteries in cars,” Schäfer said, citing energy efficiency and cost.

Taking more control of the supply chain through direct supply contracts and being more strategic about material choice would also help lower costs, he said, predicting that cobalt, a common battery material, was likely to be phased out of production.

After the successful separation of Mercedes and its sprawling truck division, management is intensifying efforts to transform the inventor of the automobile to compete with Tesla.

The company aims to have battery-powered models in all its segments this year, a staging post for its ambition to sell only electric cars by 2030.

While the automaker is Europe’s most valuable company brand, according to consultancy Interbrand, Tesla boasts a market capitalization ten times greater than Mercedes.

And Volkswagen Group’s Porsche sports-car unit would command a valuation of about 95 billion euros ($100 billion) should a planned share sale go ahead, according to Bloomberg Intelligence. That compares to Mercedes at about 74 billion euros.

But some analysts warn that the push toward more profitable luxury vehicles may be misguided.

“The high margins of car manufacturers are not sustainable and will fall again significantly when the car market returns to normal,” Nord/LB analyst Frank Schwope said in an email.

But there are risks as global economic forecasts deteriorate, potentially undermining projections by BCG Consultancy that sees growth in the luxury-car segment three times faster than that for normal vehicles.

Bloomberg and Reuters contributed to this report