‘SHORT-TERM ECONOMIC PAIN’: A military takeover would only temporarily weigh on wafer production on both sides of the Taiwan Strait, IC Insights said

Taiwan has more chip manufacturing capacity than any other economy in the world, US-based market information advisory firm IC Insights said in a research paper last week, cautioning that the nation’s strength could prompt China to attempt to take over Taiwan.

Taiwan is one of two countries that uses 10-nanometer technology or better to produce wafers, holding 62.8 percent of global capacity, with South Korea holding the remaining 37.2 percent, the report said. 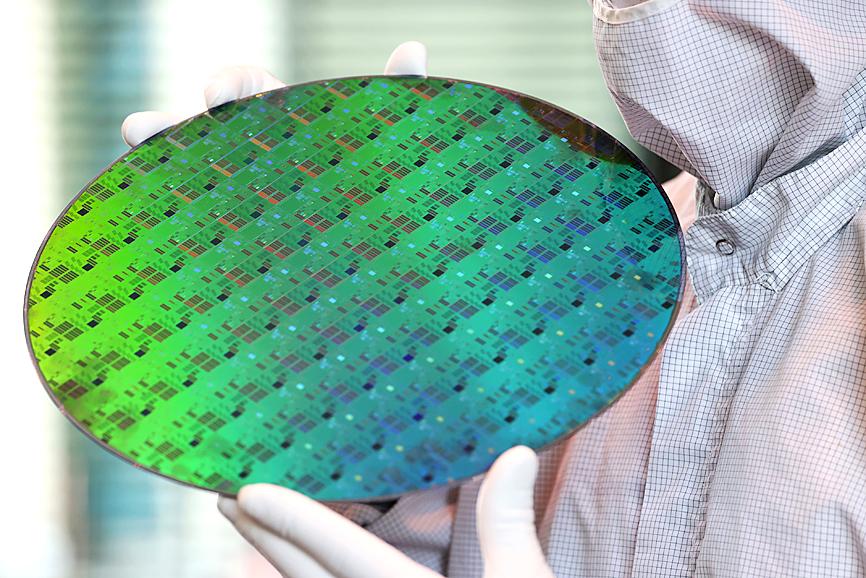 China continues to face difficulties in developing its semiconductor sector amid tensions with the US that resulted in Washington imposing sanctions on some of its high-tech companies, it said.

The question of how China would find a competitive edge in the sector is increasingly relevant, as growth is increasingly dependent on the adoption of advanced technology, the report said.

A takeover of Taiwan might be part of China’s strategy, it added.

“It is increasingly apparent that China’s answer to that question centers on its reunification [sic] with Taiwan,” it said. “The bottom line is that, currently, there is no more important base of IC capacity and production than Taiwan.”

If China were to take over Taiwan militarily, the sectors on both sides of the Taiwan Strait would take a hit, although the impact might only be temporary, it said.

“The question is whether China is willing to accept relatively short-term economic pain for the long-term benefit of having the largest amount of the world’s leading edge IC production capacity under its control for many years to come,” it said.

Although that could be appealing to Beijing, many observers have described TSMC and the nation’s wider semiconductor sector as a “silicon shield,” a term first coined by Craig Addison in his 2001 book Silicon Shield: Taiwan’s Protection Against Chinese Attack.

TSMC chairman Mark Liu (劉德音) in July said that a Chinese takeover would have a larger effect.

“Everybody wants to have a peaceful Taiwan Strait … because it is to every country’s benefit, [and] also because of the semiconductor supply chain in Taiwan — no one wants to disrupt it,” he said.