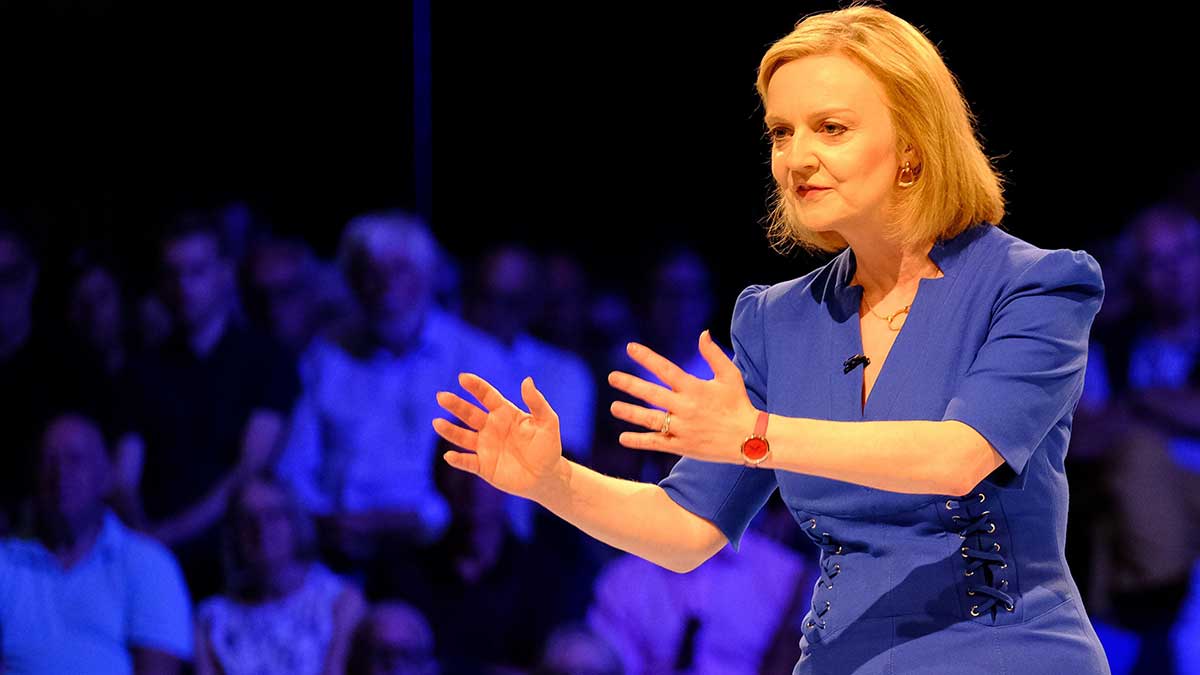 Liz Truss, the favourite to become prime minister next month, would ditch diversity and inclusion jobs but has reversed proposals to introduce regional pay reviews in the public sector.

The women and equalities minister had pledged yesterday to cut civil service salaries and reduce expenditure to recoup “£11bn” a year in a “war on Whitehall waste”, although trade unions disputed the estimated savings.

Her plans include scrapping around 350 diversity and inclusion jobs, saying they “distract from delivering on the British people’s priorities”. This could save more than £12 million.

She would also stop civil servants from conducting trade union activities in work time, saying it would save £137 million.

And she would reduce the public sector holiday allowance for new civil servants to 25 days per year from the average of 27. Her campaign claimed this would save £2 billion.

TUC general secretary Frances O’Grady responded: “Dedicated key workers will be alarmed that their pay and holidays are under attack. They need a prime minister who will deal with the cost-of-living crisis by getting wages rising.

“[Trade union] facility time saves money for employers. It provides structures for workplace consultation and allows problems to be resolved before they escalate.

“You will not get better services from a demoralised workforce, stuck on worse pay and conditions. And the people who rely on these services will suffer too.”

The introduction of regional public sector pay boards, would “tailor pay to the cost of living where civil servants actually work” according to Truss, claiming this would save up to £8.8bn.

But a spokesman for the Truss campaign said today there had been a “wilful misrepresentation” but confirmed she was aborting plans for regional public sector pay boards.

Alex Thomas, programme director at the Institute for Government, told the Guardian: “If you’re just talking about civil servants, that is ludicrous; it doesn’t add up at all. The whole [annual] civil service pay bill is around £9bn.”

He said regional public sector pay boards might be reasonable but would only make the savings suggested by Truss if applied across the board, including in health, education and local government.

“It’s not a bad thing for the public sector to be matching its salary scales to the part of the country it’s operating in. But you only get to these sorts of numbers if you’re talking about a doctor or a nurse or a school administrator, who already works outside London, receiving a lower salary,” he said.

A policy review by the Taxpayers’ Alliance published last month estimated that regional public sector pay bargaining could save £8.8bn, enough to cut the basic rate of income tax by a penny.

It added that it would help level up pay between the public and private sectors, and reduce the reliance – particularly in the NHS – on expensive agency staff.

Jacob Rees-Mogg, the minister for government efficiency who supports Truss, agreed with the cull of diversity officers saying they don’t do “anything useful” and that the roles were “created by the woke for the woke”.

He told Sky News: “I think ensuring that you have diversity within employment is the job of the people making the employment decisions, not somebody who is employed as a diversity officer.

“And some of the nonsense we have been getting… We had a training programme called ‘check yo privilege’ – what on Earth is that? Why is the civil service wasting people’s time with a course that doesn’t help people do their jobs better?”

Mark Serwotka, general secretary of the PCS union said Truss’s plans “will face opposition every step of the way”. He added: “Civil servants are not a political tool to be used and abused for one person’s ambition; they are the hard-working people who keep the country running, day in day out, and they deserve respect.”

Shadow first secretary of state Angela Rayner described the proposals to cut the pay of NHS, school and police employees during a cost-of-living crisis as a “fantasy” adding in a tweet that it was a “copy and paste” job from a right-wing pressure group.

The Truss campaign’s original announcement said: “Truss’s government could save billions a year by replacing national pay boards with regional pay boards. This will make it easier to adjust officials’ pay, ensuring it accurately reflects where they work and stops the crowding out of local businesses that cannot compete with public sector pay.”

It continued: “National pay boards mean that civil servant pay is negotiated at a national level, meaning no account is taken of the regional cost of living. By introducing regional boards, civil servant pay can be adjusted in line with the actual areas where civil servants work, saving billions. This will also avoid the public sector crowding out the private sector in places where private business just can’t compete with public sector pay.”

Truss’s spokesperson said today:“Current levels of public sector pay will absolutely be maintained. Anything to suggest otherwise is simply wrong.

“Our hard-working frontline staff are the bed rock of society and there will be no proposal taken forward on regional pay boards for civil servants or public sector workers.”

This article was updated when news that Liz Truss was abandoning plans for regional public sector pay reviews emerged.