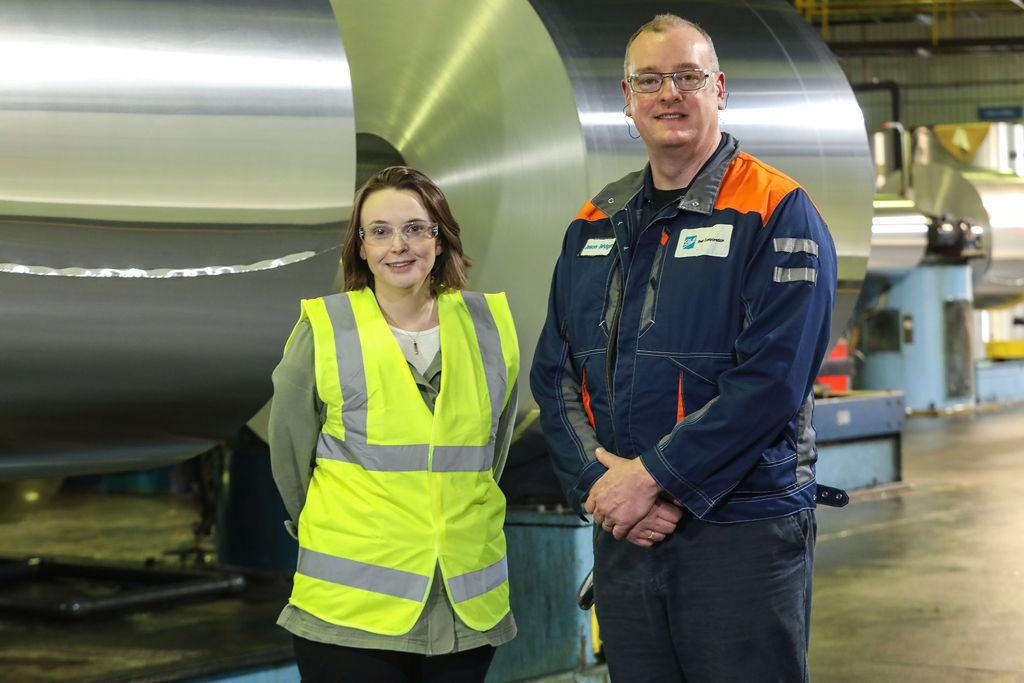 With accelerating demand for infinitely recyclable aluminium drinks cans growing fast in the UK and around the world, Ball said it was investing in the facility to meet customer needs.

Set for completion in January 2023, the can making site will occupy 56,000m2​, with space to expand production later. In its first year, the plant is expected to produce more than one billion fully recyclable cans.

The multinational can-maker is working with public services including Job Centre Plus to boost employment in the area. A pre-employment programme is planned to develop talent from all local communities for exciting roles at the new plant during 2022 and beyond.

A celebration to mark the construction of the plant was attended on 4 March by the local MP, local councillors, and community groups.

Growth in demand for aluminium cans comes as consumers seek alternatives to single-use plastic. Aluminium cans are currently the world’s most widely recycled beverage packaging, with a UK recycling rate of 82% and a European average of 76%, according to Ball.

The company, which has had its climate change plan approved by the Science Based Targets Initiative, is constructing the Kettering plant according to BREEAM ‘Excellent’ Sustainability and Environmental Standards. Other features include a rainwater harvesting system and innovative technology to mitigate machinery exhaust emissions.

The innovative technologies would make the Kettering plant the most advanced facility of its type, demanding 20% less energy and 70% less water than traditional can-making processes, Ball claimed.