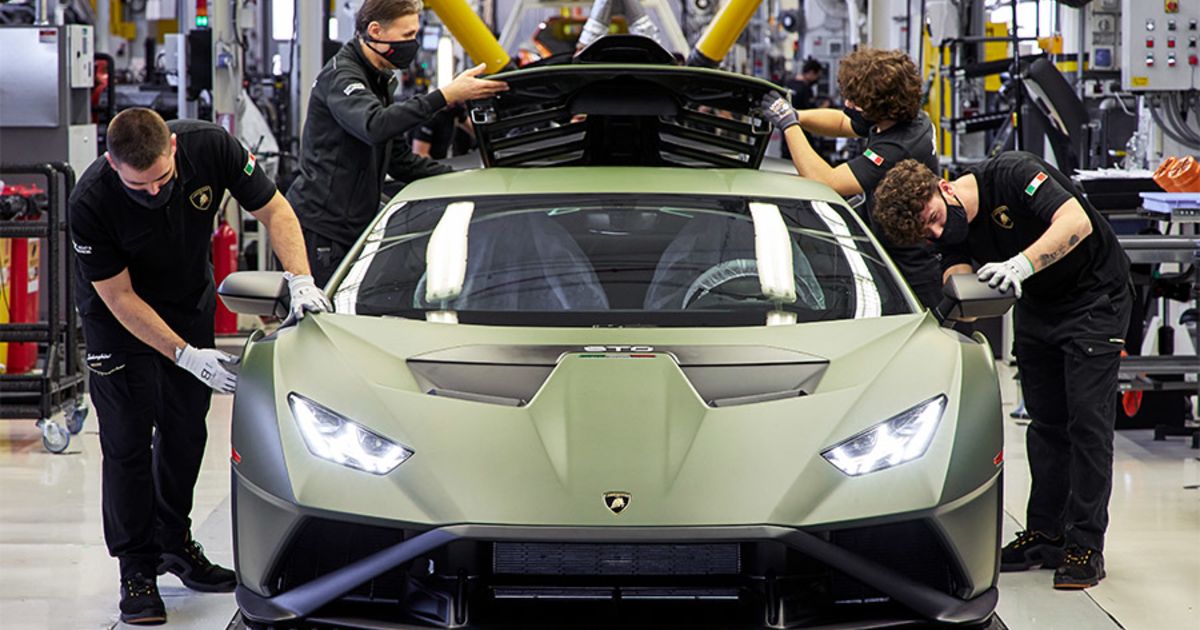 A top Lamborghini executive says the supercar maker’s record deliveries in the first quarter — despite supply chain issues, the chip shortage and the war in Ukraine — were largely possible because of its efforts to forge partnerships with its suppliers.

Chief Procurement Officer Silvano Michieli singled out the “heroic” contributions of the German supplier Leoni’s workers at its Ukraine plant, which produces wiring for the Huracan in the west of the country.

“Leoni’s staff are having to make huge sacrifices to keep their manufacturing processes moving and thus keep driving the production capacity of their country,” he said in an in-house interview. “The time they spend working is interspersed with curfew periods when they have to take shelter in the underground areas of the production plant.”

Lamborghini is also developing a multi-sourcing strategy in which the same components are manufactured by several plants to avoid disruption if the Ukraine factory is forced to close.

“Although we hope it doesn’t happen, we will be ready if the war brings production in Ukraine to a halt again,” Michieli said.

Challenges such as the war in Ukraine, the chip shortage and COVID-19 lockdown have led Lamborghini to change its procurement approach.

“One of the main initiatives that we have taken here has been to forge even closer ties with some of our strategic suppliers, going from a more traditional supplier-client relationship to one that’s more of a partnership,” Michieli said.

Lamborghini is following a course set by parent Volkswagen Group’s chief procurement officer, Murat Aksel, who is focusing on the formation of closer partnerships and deeper cooperation with suppliers.

Michieli said a big advantage that comes from being part of the VW Group is the access it gets to technology that might be too expensive, adding that Lamborghini often gets solutions faster than other brands in the group because of the high margins its supercars generate.

“The group gives us access to several forms of technology that play a crucial role in our evolution,” he said. “We are talking about technology that would not normally be within reach of a small company like ours. It gives us exclusive access to innovative solutions and a clear competitive edge over our rivals.”

Despite the supply chain woes, an uncertain economic outlook for the near future, and chatter about “deglobalization,” Michieli said he feels the interconnected supply chains built over the decades will be difficult to replace.

He called deglobalization a “Utopian, short-sighted idea” at odds with the “irreversible” push toward globalization.

“Numerous geographical areas contribute to the production cycles of items that are made today,” he said. “I’m more of a believer in rethinking the current supply processes and outlooks, which are in any case undergoing a natural evolution in the industry due to the new circumstances.”