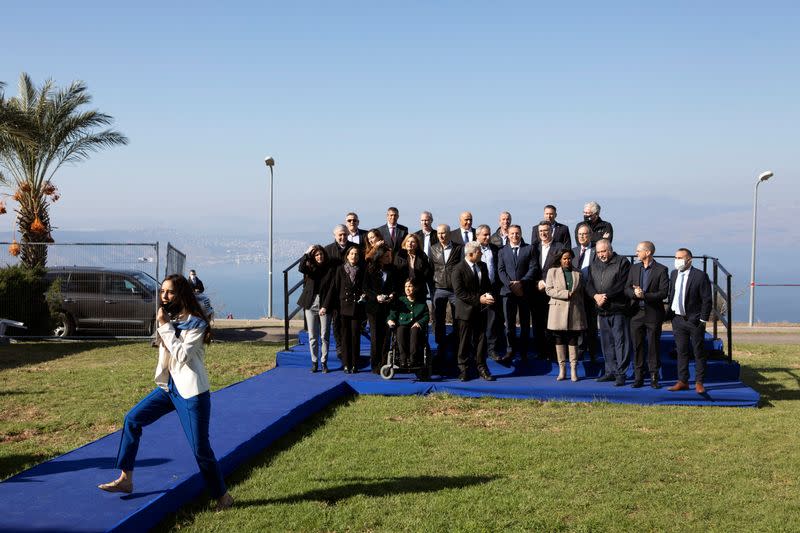 JERUSALEM (Reuters) – Israel’s government set a goal on Sunday of doubling the number of Jewish settlers in the Golan Heights within five years, a move that could tighten its hold on the territory it occupied in fighting with Syria in 1967.

Prime Minister Naftali Bennett cited then-U.S. President Donald Trump’s recognition in 2019 of Israeli sovereignty over the Golan and no sign that his successor, Joe Biden, intends to reverse the decision, as factors behind a multimillion-dollar housing and infrastructure plan for the area.

Under a blueprint approved by the cabinet, which held its weekly session on the Golan, some 7,300 housing units will be built in Katzrin, Israel’s main settlement in the area, and in smaller Jewish communities.

“The aim of the decision is to double the number of (Israeli) residents in the Golan in the coming years, meaning an addition of 23,000 people in the area,” a statement issued by Bennett’s office said.

It said two new Golan settlements are also planned, and that 4,000 homes would be built there. Some 20,000 Druze, most of whom still identify as Syrian, also live in the Golan.

Israel annexed the 1,200-square-kilometre (460-square-mile) Golan Heights in 1981, a move that was not recognised by the international community. Syria demands the return of the strategic plateau, which also overlooks Lebanon and borders Jordan.

“It goes without saying that the Golan Heights are Israeli,” Bennett told his cabinet in broadcast remarks.

In February, shortly after Biden was sworn in as president, Secretary of State Antony Blinken said on CNN that control over the Golan remains of “real importance to Israel’s security”. Blinken noted the presence in Syria of militia groups backed by Iran, a main ally of Syrian President Bashar al-Assad.

“Legal questions are something else and over time, if the situation were to change in Syria, that’s something we look at, but we are nowhere near that,” Blinken said.

Israeli settlement in the Golan has been on a much smaller scale than in the occupied West Bank and East Jerusalem, areas also captured in a 1967 war and sought by the Palestinians for a future state.

Unlike the West Bank, where many settlers claim a biblical link to the land and thousands commute to jobs in nearby Israeli cities, the more remote Golan offers limited employment opportunities.