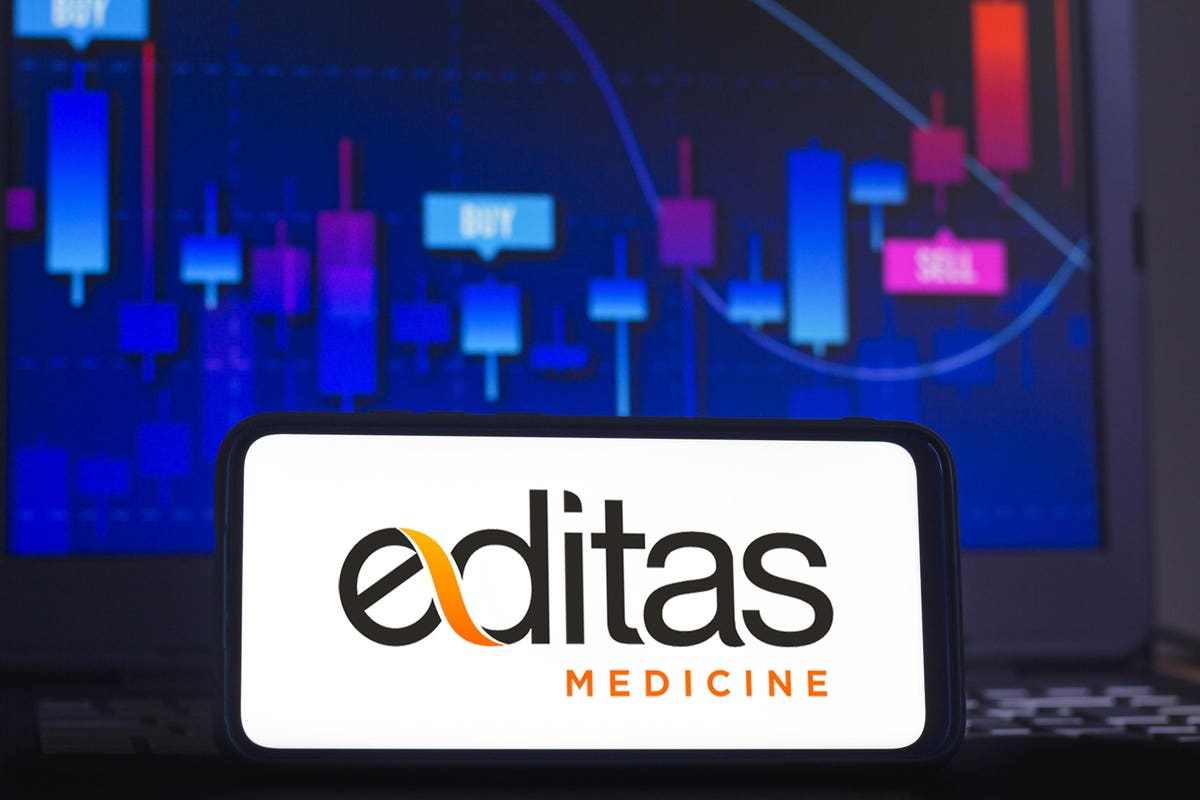 The stock price of Editas plunged 19% in yesterday’s trading session after the company shared interim data for its EDIT 101 – a CRISPR-based treatment for Leber congenital amaurosis. The data showed that out of three doses tested, two patients did not see a significant improvement in a test of functional sight, while the other patient showed some improvement. While this data is not overwhelming, there is more data that is due to be released over the coming months. For instance, currently the company is enrolling patients for high dose as well as for a pediatric group. [1] But now that the stock has seen a large drop in just a day, while it is down 28% in a week, will it continue its downward trajectory or is a rise in EDIT stock imminent?

According to the Trefis Machine Learning Engine, which identifies trends in the company’s stock price using six years of historical data, returns for EDIT stock average around 26% in the next one-month (twenty-one trading days) period after experiencing a 28% drop over the previous week (five trading days) implying that the stock will likely rebound in the near term. Overall, it is too early to take a call on EDIT-101, with just the initial set of data. The drug is estimated to have a peak sales north of $1 billion and it appears that selling is now overdone. But how would the returns fare if you are interested in holding EDIT stock for a shorter or a longer time period? You can test the answer and many other combinations on the Trefis Machine Learning Engine to test Editas stock price forecast. You can test the chance of recovery over different time intervals of a quarter, month, or even just 1 day!

While EDIT stock may rise around 26% over the next month, based on its historical performance, if you are considering EDIT stock as an investment over a longer time frame, you can explore our forecast for Editas valuation of $71 per share, implying a 22% premium from the current levels of around $42.

MACHINE LEARNING ENGINE – try it yourself:

Question 1: Is the price forecast for Editas stock higher after a drop?

Case 2: Editas stock rises by 5% or more in a week

Is the price forecast for Editas stock higher over the subsequent month after Case 1 or Case 2?

Try the Trefis machine learning engine above to see for yourself how the forecast for Editas stock is likely to changes after any specific gain or loss over a period.

Answer: If you buy and hold Editas stock, the expectation is over time the near-term fluctuations will cancel out, and the long-term positive trend will favor you – at least if the company is otherwise strong.

Overall, according to data and Trefis machine learning engine’s calculations, patience absolutely pays for most stocks!

For EDIT stock, the returns over the next N days after a -5% change over the last five trading days is detailed in the table below, along with the returns for the S&P500:

You can try the engine to see what this table looks like for Editas after a larger loss over the last week, month, or quarter.

Question 3: What about the stock price forecast after a rise if you wait for a while?

Answer: The expected return after a rise is understandably lower than after a drop as detailed in the previous question. Interestingly, though, if a stock has gained over the last few days, you would do better to avoid short-term bets for most stocks – although EDIT stock appears to be an exception to this general observation.

It’s pretty powerful to test the trend for yourself for Editas stock by changing the inputs in the charts above.

The stock price of Editas (NASDAQ: EDIT), a biotechnology company focused on developing treatments using gene editing technology, has seen a rise of over 20% over the last twenty-one trading days, and it is also up a solid 46% over the last ten trading days. The recent rise can be attributed to a wider rally in gene-editing stocks, after Intellia reported positive clinical data supporting precision editing of a disease-causing gene inside the body. This led to a bullish sentiment for multiple gene editing stocks, including Editas. Furthermore, there are reports of Moderna looking to acquire a gene-editing company to widen its portfolio of drugs. [2]

But now that EDIT stock has moved 20% over the last month, will it continue its upward trajectory, or is a fall imminent? Going by historical performance, there is an equal chance of a rise or a fall in EDIT stock over the next month. Out of 201 instances in the last six years that EDIT stock saw a twenty-one day rise of 20% or more, 102 of them resulted in EDIT stock rising over the subsequent one-month period (twenty-one trading days). This historical pattern reflects 102 out of 201, or about 51% chance of a rise in EDIT stock over the coming month. See our analysis on Editas Stock Chances of A Rise for more details.

Although there is an equal chance of a rise or a fall for EDIT based on its historical performance, given the momentum in gene-editing stocks, hopes of an acquisition target, as well as a rise in number of clinical trials, these suggest that EDIT stock may continue to trend higher in the near term.

Going by historical performance, while EDIT stock can move in either direction, 2020 has created many pricing discontinuities which can offer attractive trading opportunities. For example, you’ll be surprised how counter-intuitive the stock valuation is for Pfizer vs Merck MRK .