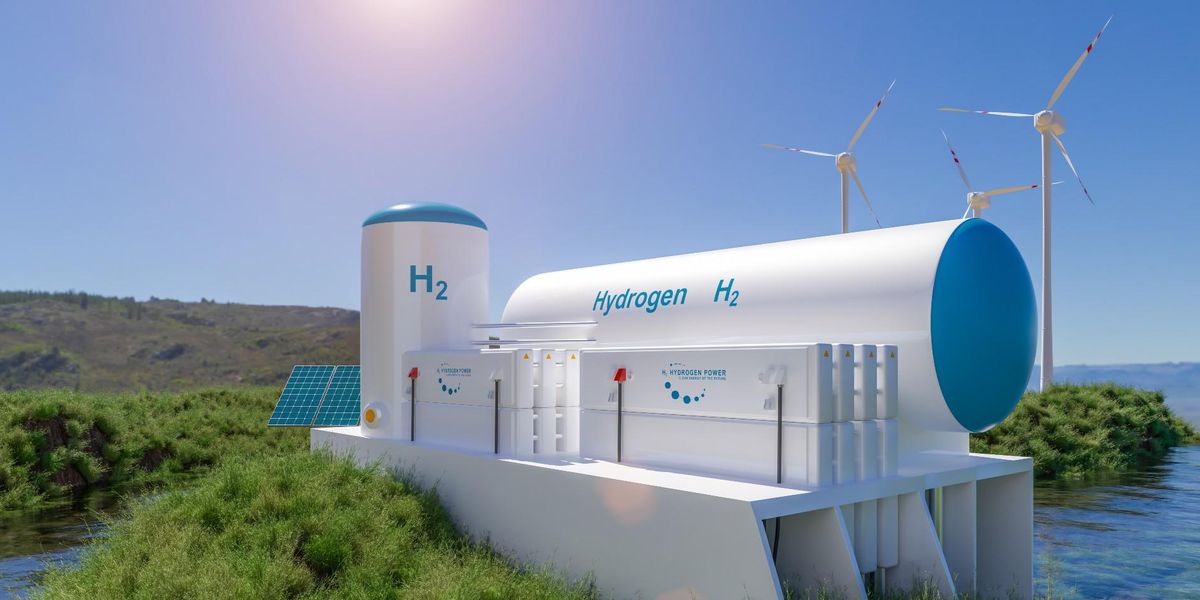 This is the web version of dot.LA’s daily newsletter. Sign up to get the latest news on Southern California’s tech, startup and venture capital scene.

As Russia and Ukraine remain at war, the European Union is having an energy independence crisis. After China, the biggest importers of Russian oil are Germany and the Netherlands, while the likes ofPoland, Slovakia, Finland and Lithuania get more than 50% of their total oil imports from Russia, according to the International Energy Agency.

Last week, the EU announced a plan to phase out Russian fossil fuels. In some ways, the strategy looks eerily similar to what’s happening in California right now—especially when it comes to hydrogen, which is swiftly emerging as a clean energy option.

“We simply cannot rely so much on a supplier that explicitly threatens us,” European Commission President Ursula von der Leyen said in a speech to the European Parliament. “In the long run, it is our switch to renewables and hydrogen that will make us truly independent.”

The plan, called REPowerEU, outlines both short- and long-term solutions for achieving energy independence and states that “terminating [Europe’s] dangerous overdependence on fossil fuels from Russia can be achieved well before 2030.” The strategy focuses on using hydrogen as a way to decarbonize industry—specifically calling for a “hydrogen accelerator” to build out infrastructure and replace demand for Russian gas with up to 15 million tons of renewable H2. According to Hydrogen Europe—an organization of more than 300 companies invested in expanding the gas’ role in the path towards carbon neutrality—the accelerator program should be focused on identifying existing pipelines that can be repurposed to carry hydrogen.

In California, the situation is both different and similar in various ways. The United States is mostly energy independent at this point and Russian oil imports are now officially banned, but the complexities of the global oil market often make it cheaper to export our oil and import oil from other countries. The U.S. basically does everything when it comes to oil: we produce it, we export it and we import it. It must be a real trip to be on an oil tanker out in the middle of the ocean, and pass another oil tanker going back to where you’re coming from. (You’d think a phone call would save a whole lot of trouble.)

But global economics aside, the challenge of transitioning to a future devoid of fossil fuels remains urgent—and hydrogen, especially in California, has been rapidly picking up momentum. SoCalGas has unveiled Angeles Link, an ambitious project to deliver hydrogen through its existing natural gas pipeline architecture. The utility is also building a prototype home that runs on a hydrogen microgrid. A slew of waste-to-hydrogen companies are popping up, offering ways to remove carbon dioxide from the atmosphere and turn it into hydrogen. And companies like Universal Hydrogen are trying to decarbonize the most stubborn sectors of the economy through the gas.

Hydrogen-powered electricity may never become as cheap or efficient as that powered by solar or wind, but the gas has benefits that make it attractive to California and Europe alike—especially when matters are time-sensitive, such as the urgent need to cut funding to an adversary’s war effort or a looming climate apocalypse.

For one, hydrogen is already storable and transportable, and with the proper infrastructure can serve as a piece of the intermittency puzzle—providing electricity to the grid when demand is high, and wind and solar sources may be lower than usual. Electrolyzers—the machines that produce hydrogen—can also run on accessible fuel stocks like nutshells, manure, dead trees and solid waste. Waste-to-hydrogen currently represents just a small fraction of the total hydrogen production globally, but converting such materials into hydrogen effectively removes carbon from the environmental cycle and, in some cases, creates a material called char that can be used as a substitute for coal. (Obviously, if you burn that material again, you’re only breaking even on the carbon cycle—but for industries like steel and chemical manufacturing, breaking even would be a massive improvement.)

For better or worse, desperation often begets innovation. Suddenly, small pieces of the puzzle begin to look valuable. A few more tons of hydrogen here mean a few less barrels of Russian oil there. A few more electrolyzers means fewer houses that rely on natural gas when the grid is stressed. The total calculus of carbon neutrality is, as ever, built on a thousand tiny improvements. In Europe’s case, it’s just a shame that it required something like Russia’s invasion of Ukraine to spur such initiatives into action. — David Shultz

How Are We Doing?

Notice some changes to the daily newsletter? We heard you and we’re working to make the newsletter more informative, with deeper analysis and more news about L.A.’s tech and startup scene. Let us know what you think in our survey, or email us!