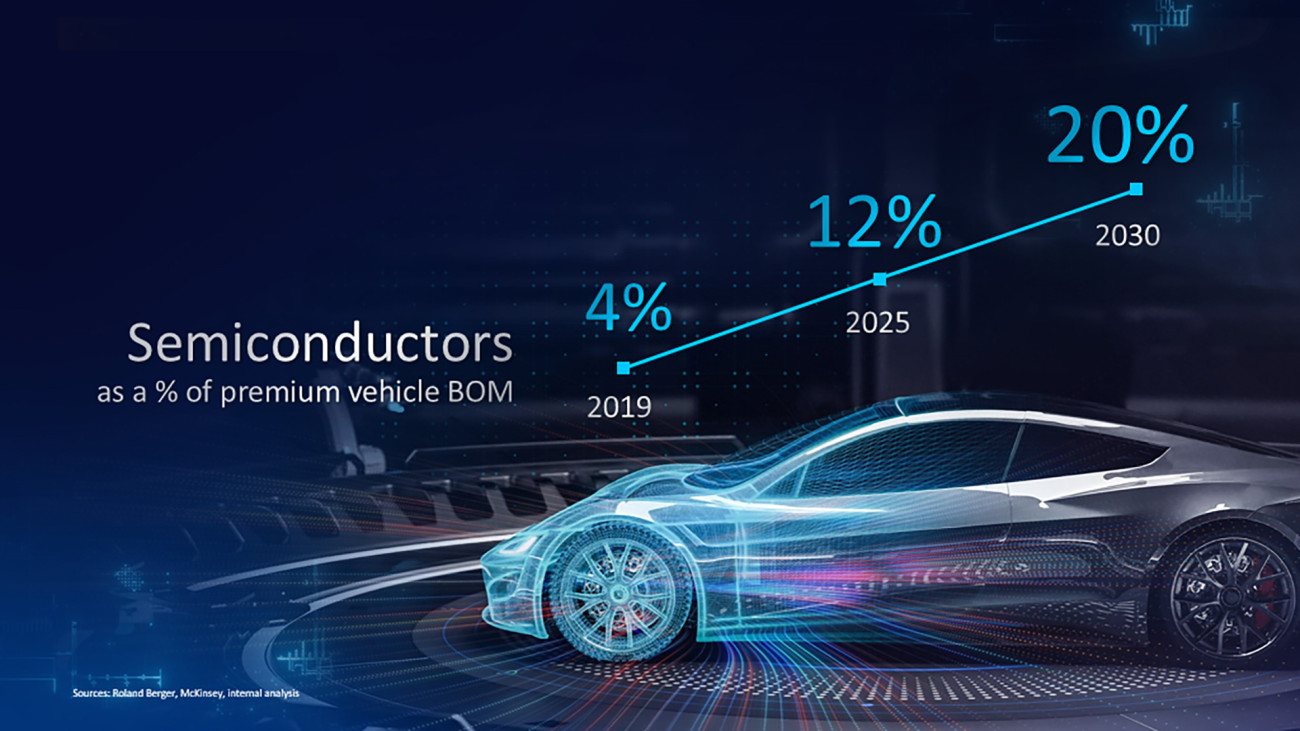 Global chip manufacturing giant Intel is to commit its factory in Ireland to the manufacture of semiconductors for the automotive sector to help overcome the supply shortage that has brought OEM production lines to a standstill.

All the major car makers have announced delays in production and delivery due to a lack of semiconductors.

Pat Gelsinger, CEO of Intel, made the announcements at the IAA in Munich this week, adding that the company could invest as much as €80 billion over the next decade to accelerate chip production.

He forecasted that semiconductors will account for more than 20% of the total premium vehicle bill of materials by 2030, five times higher than in 2019. Four major developments are driving the automotive demand for semiconductors, said Gelsinger, – ubiquitous compute, pervasive connectivity, cloud-to-edge infrastructure, and AI.

Oliver Zipse, Chairman of the Board of Management, BMW AG, welcomed Intel’s move, and said: “Designing mobility systems of the future require the most advanced high-tech in sensor technology, computing capacity and artificial intelligence.”

Ola Källenius, Chairman of the Board of Management, Daimler AG, said that to achieve the German manufacturer’s goal of producing emission-free battery or fuel cell vehicles: “We need local access to advanced technology and thus applaud Intel’s plans to establish leading edge manufacturing capacity in Europe.”