WASHINGTON, DC — As we age we become more susceptible to inflammatory diseases such as Rheumatoid arthritis. Thus a new moniker for the process of growing old has emerged – inflammaging. It makes sense once you consider that the majority of age-related diseases have an inflammatory origin and that aging, itself, is a disease. 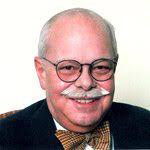 The National Institutes of Health [NIH] has weighed in on the discussion arguing that: “Aging as the passage of time and the accumulation of wisdom is not undesirable; the physiological decline that accompanies the process, however, most certainly is … aging is a ‘special form of disease’ … Whilst many aging researchers have openly declared that the universality of the aging process means it is not a disease, aging fits the given medical definition of a disease. There is no disputing the fact that aging is a ‘harmful abnormality of bodily structure and function.’ What is becoming increasingly clear is that aging also has specific causes, each of which can be reduced to a cellular and molecular level, and recognizable signs and symptoms … As aging appropriately fits the definition of disease, there is a shifting consensus that aging should be seen as a disease process in itself, and not a benign progression of age that increases the risk of disease.”
Meanwhile, the National Library of Medicine points out that inflammation is a normal bodily response to cell injury; it’s part of a natural healing process when one is injured or has an infection. The inflammatory response occurs when tissues are injured by bacteria, trauma, toxins, heat, or any other cause your body releases chemicals that cause swelling. This, in turn, isolates the injury and attracts white blood cells that help the healing process.
But a runaway reaction can occur when there is no injury or infection. Since there’s nothing to heal, the immune system cells that normally protect us begin to destroy healthy arteries, organs and joints, according to the Scripps Clinic Health Website.

And now the folks at Stanford University and the Buck Institute of Research on Aging have come up with a way to use a blood test to determine an individual’s so-called inflammatory age – or iAge. Your iAge differs from your chronological age in that it’s a measure of the chronic inflammation in our bodies.

Stamford’s Dr Nazish Sayed, who helped develop the iAge blood test, says that “Our chronological age shouldn’t matter to us so much. What should matter is how well we age. Our goal should be a healthier old age, one in which we prevent some of the ill health that is all too commonly associated with it … Chronic inflammation is characterized by being low-grade and persistent, and ultimately it leads to collateral damage to tissues and organs. It has been associated with heart disease, cancer, and neurodegenerative diseases. Thus, we hypothesize that by testing for and then working to lower iAge, we can minimize the diseases that are associated with chronic inflammation.”

Sayed explains that they tested blood samples from 1,000 individuals. He said it turned out that some of those blood tests showed that a number of donors with a chronological age of 45 had high levels of inflammation and an iAge of 65. The iAge factor is essentially a measure of an individual’s inflammatory markers. “Our test isn’t commercially available yet, but we hope it could be used to screen for these inflammatory markers as part of annual check-ups. This could allow for early detection of a variety of chronic conditions including heart disease and maybe even type 2 diabetes and dementia,” he said.