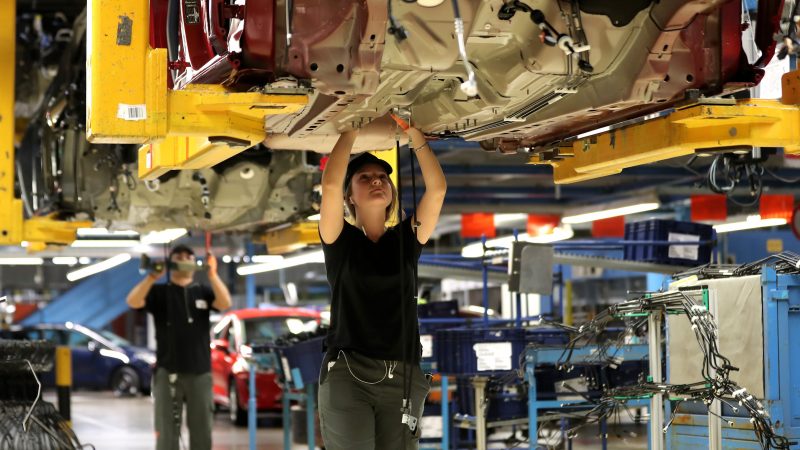 Pushed by record-high energy prices, year-on-year inflation reached 7.4% in April of this year for the euro area. This is squeezing industrial companies in Europe, according to Rainer Ludwig, president of Ceemet, a European employers’ organisation representing the interests of the metal, engineering, and technology-based industries.

“On the one side we have higher costs due to higher energy and resource prices, and on the other side we might have less customers that can afford the products,” Ludwig told EURACTIV, adding that “profits are massively under pressure in most industries.”

This pressure on profit makes it much more difficult for companies to substantially raise wages for employees to offset their loss in purchasing power, Ludwig continued.

“Companies cannot afford completely offsetting the effect of inflation on wages since this would put into question the competitiveness of our entire industry.”

European industry is also under pressure from the lack of resources and essential intermediate products like semiconductors.

“We have to strengthen our supply chains again,” Ludwig said, lamenting the fact that many important products and technologies are not produced in Europe anymore.

“We have permitted that these technologies were supported in other regions, be it battery technology, semiconductors or other technologies of the future. […] We have to make sure that the supply chains are secured and that we have stable production processes again in order to get out of this relatively long crisis mode,” he added.

Yes to state subsidies, no to state regulation

Supply chain issues are at the top of the EU Commission’s agenda, as evidenced by the Chips Act proposed earlier this year, and the single market emergency instrument that should be presented in the third quarter of this year. Both aim to bring back some control over the supply chain of strategic industries.

Currently, the Commission’s policy on industrial strategy appears to be leaning in a more interventionist direction – one that is increasingly cynical of the free market’s ability to deliver on strategic priorities if left alone.

Asked where he thinks the state’s role should lie in industrial policy, Ludwig hesitated. “You will understand that I’m not somebody who thinks that the state should take any entrepreneurial functions,” he said.

“What would certainly be good and important, however, is if Europe or the state more generally supported research and development efforts to attract these technologies to Europe.”

Ludwig stressed that these were supportive measures to help entrepreneurs. “I don’t think that we should contemplate any form of state control,” he said. “It can always only be about supporting the companies,” he said, arguing that financial incentives could be envisaged but that the state should refrain from “exaggerated regulation.”

Adopting these new technologies will also require new skills in the workforce. This workforce, meanwhile, is under pressure from demographic change as the baby boomer generation is starting to enjoy its retirement.

Speaking from his experience as the managing director for human resources at the car company Ford in Germany, Ludwig used the example of the car industry that is now switching towards electric motors.

“For one, we have the demographic developments that are not particularly surprising. But combined with technological change, this leads to a situation in which we have too few employees with the relevant qualifications,” he said.

According to Ludwig, this development would make large-scale reskilling necessary. While larger companies might be able to organise this mostly on their own, SMEs would probably need some state support to reskill their workforces, he said.