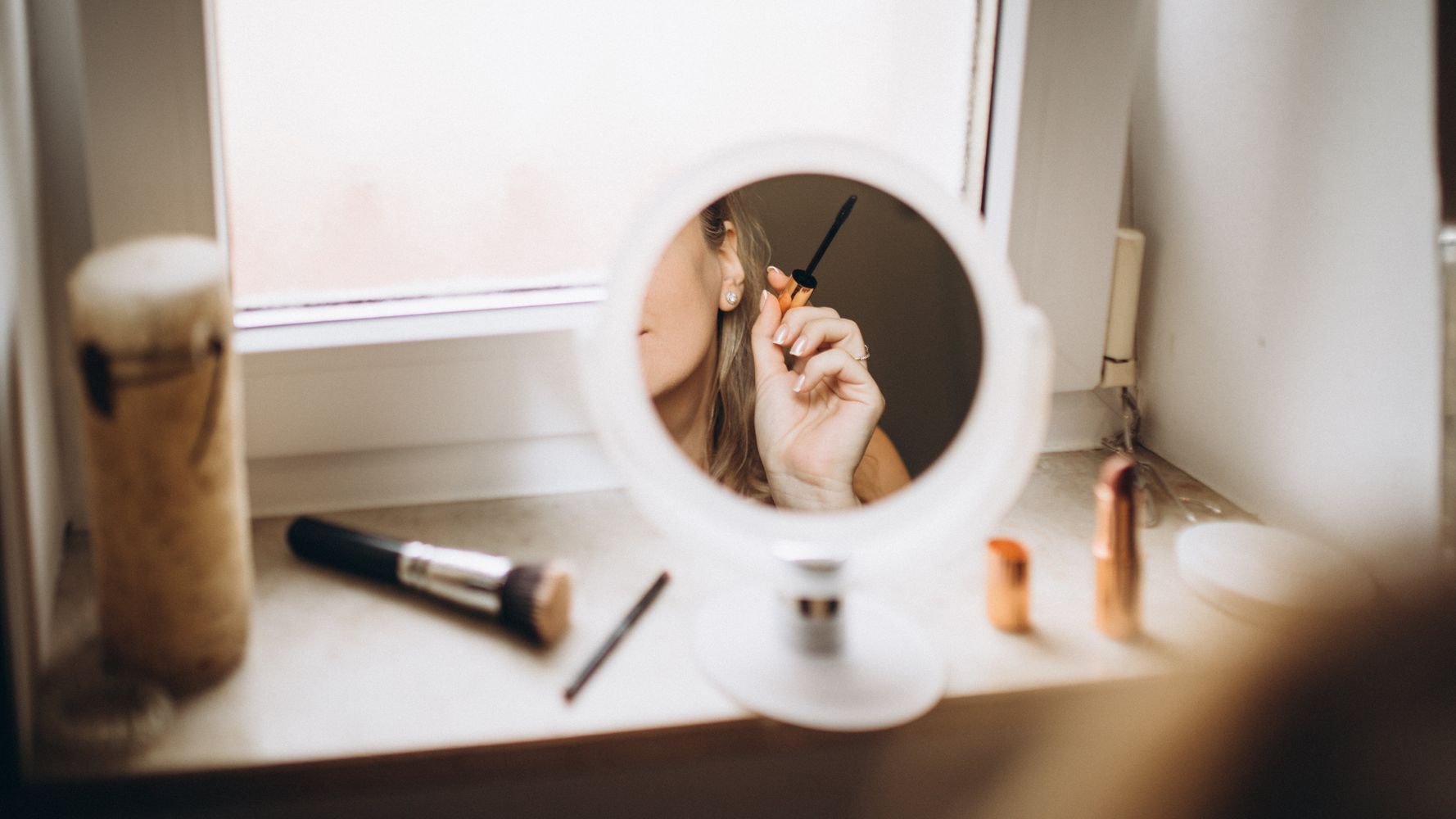 It’s shortly after my 40th birthday, I’m enjoying some well-deserved time off with my family, and it’s shaping up to be one of the loveliest days I’ve had in a long time. We’d spent the day out in the water, and everyone was still lounging around in their swimwear by the time dinner rolled around.

At some point, the conversation turned to fitness. After years of yo-yo diets, watching what I ate, and berating myself with all types of internal verbal abuse, I was finally in a healthy space — mentally and physically. I was in a hot pink bikini, and I felt fly and fabulous. To celebrate and acknowledge that, I happily shared how I was feeling with my family: “I’m in the best shape of my life.”

Ten words were all it took to shatter the moment.

“That’s not true,” my brother scoffed. “I saw the cellulite on your legs.”

My face flushed immediately. My stomach dropped and the air rushed out of me. I was shocked. Then embarrassed. And then furious. His wife immediately called him out on making such an insensitive, backward and rude comment.

I simmered in anger but I also felt bad. Bad that my sister-in-law was arguing on my behalf. Bad that everyone in my family had heard my brother’s comment. Bad that my kids had to witness this ugliness.

My first instinct was to brush it off and manage everyone’s emotions so we could still salvage the evening. Fifteen years ago, Susan would have left it at that. But 40-year-old Susan? She was tired of constantly shouldering the invisible workload of women.

I shut my brother down. “Yeah, I’m celluLIT,” I responded before telling him that cellulite has zero to do with my fitness level or whether I deserve to feel good about myself. I’d been fighting body image issues for years, and my insecurities with aging were nothing new to me, but I was going to be damned if I let my kids grow up thinking that having cellulite or wrinkles was bad.

When I was a kid, I was no stranger to worrying about aging. I remember watching my mother stand in front of a mirror, nitpicking at her appearance as she noticed her skin sagging or wrinkling. I’d tell her she was beautiful.

“You won’t understand until it happens to you,” she would say. And oh, how right she was.

Goodbye luscious hair, supple skin and strong bones, I thought to myself bitterly as I looked in the mirror, flashing back to the moments my mother would do the same.

But it wasn’t just my mother who hammered in these insecurities. There’s a $58.5 billion anti-aging industry that’s making bank off these thoughts.

Last year, a meme comparing Jennifer Lopez and Rue McClanahan from ”Golden Girls” went viral. Both aged 50, there was Rue in an old-fashioned maternal look versus J-Lo, dressed in a sheer and sequin costume, hanging off a pole at the Super Bowl.

Seeing that meme made me angry. Angry that we choose to celebrate women for their ability to look young rather than something more concrete. Angry that we continue to pit women against each other as well, over something as natural and uncontrollable as aging.

“I am no longer happy in spite of my aging body. I am thrilled to see my body evolve — just as it’s supposed to.”

Between the ages of 38 and 40, I comforted myself by focusing on aging gracefully. I’ll be different. I won’t worry over my changing looks, I’ll embrace them and wear them with grace. But the aging part was still happening, graceful or not. And I still found myself scrutinizing my insecurities in front of the mirror as my mother had before me.

I thought aging was wrong because the media spent my entire life telling me so. Because society erases women over a certain age. Because actresses are airbrushed and Botox-ed while actors are called “mature” and ”stately” with their wrinkles. Because there is no space where an aging woman is shown in a positive light.

But you take away my age, and I am still a business owner, a badass entrepreneur who coaches women to their success. A lively, vibrant person. A friend. A mother. A partner.

I pushed myself to be mindful in the moments these insecurities would threaten to take over. I challenged myself to remember that I was fed this BS about aging. It wasn’t the truth.

I took a hard look at what I surrounded myself with online and started curating my space with content that would lift me up rather than minimize me. And as the male gaze began to shift off of me, I found it liberating to no longer be subject to society’s expectation of desirability or be boiled down to my reproductive value. This freedom started to incite a sense of newfound independence.

Worrying about aging, I soon realized, was stealing my youth. I was losing time, money, confidence and energy to it. Why hide my cellulite and stretch marks? My saggy skin and wrinkles? My body has carried me my whole life and the way it looks is my business.

Choosing to accept aging for what it is — a natural part of life — is one of the most empowering things we can do as women. In my refusal to let societal expectations push me aside, I found myself becoming bolder and louder and prouder. Clapping back instead of sitting in silence. Standing up for myself and my beliefs instead of meekly muttering excuses.

Since I have started mindfully rejecting the aging industry, my internalized ageism has melted away. I am no longer happy in spite of my aging body. I am thrilled to see my body evolve — just as it’s supposed to.

I still have moments of insecurity. Moments when I find myself in front of a mirror, staring a little too hard. But I choose to extend the same compassion I would extend to anyone else. I remind myself of the person I am, of the life I have lived, and the surety that there is still so much more to see, live and experience.

Do you have a compelling personal story you’d like to see published on HuffPost? Find out what we’re looking for here and send us a pitch.