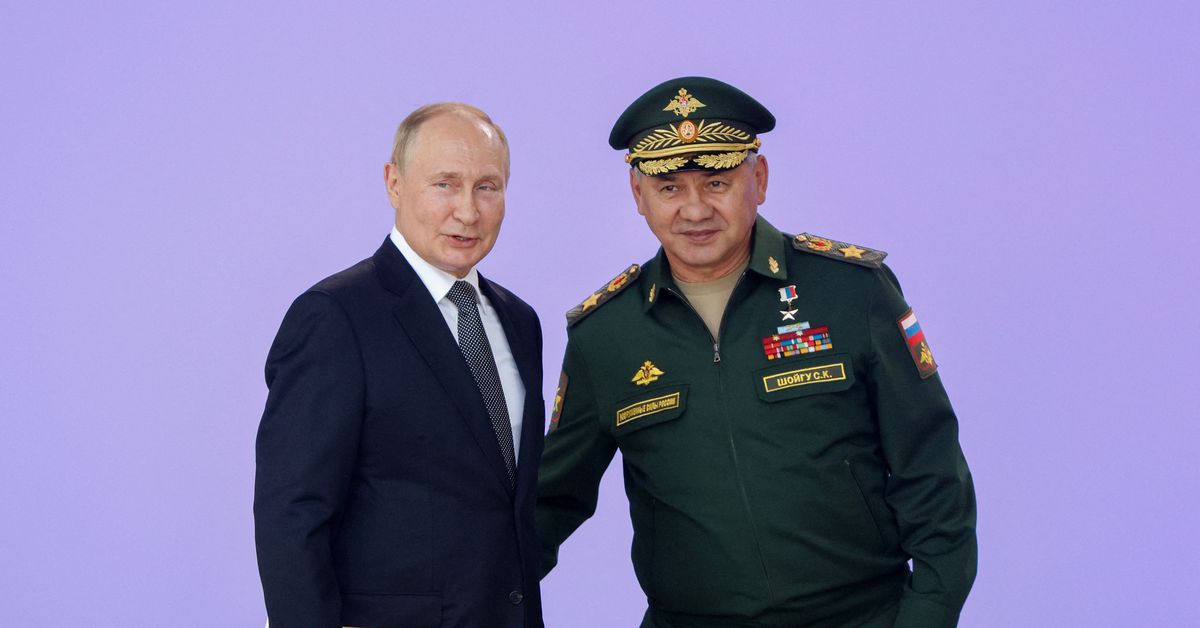 LONDON, Aug 15 (Reuters) – President Vladimir Putin said on Monday that Russia was ready to sell advanced weapons to allies globally and cooperate in developing military technology, nearly six months into the Ukraine war in which his army has performed worse than expected.

With its forces beaten back from Ukraine’s two biggest cities and making slow headway at heavy cost in eastern provinces, the war has so far proved an unconvincing showcase for Russia’s arms industry. read more

But Putin, addressing an arms show outside Moscow, insisted Russian weaponry was years ahead of the competition.

Russia cherished its strong ties with Latin America, Asia and Africa and was ready to supply allies there with a full gamut of weapons from small arms to armoured vehicles, artillery, combat aircraft and drones, he said. “Almost all of them have been used more than once in real combat operations.”

He said Russia’s offer included high-precision weapons and robotics. “Many of them are years, or maybe decades ahead of their foreign counterparts, and in terms of tactical and technical characteristics they are significantly superior to them.”

Russia ranks second only to the United States with arms sales of around $15 billion a year, nearly a fifth of the global export market. From 2017-2021, 73% of those sales went to just four countries – India, China, Egypt and Algeria – according to the Stockholm International Peace Research Institute.

“With the collapse of economic relations with the West, Russia is even more dependent on the arms trade than it was before, so it’s not surprising that Putin is so keen to promote them to as many non-Western customers as he can,” said Ruth Deyermond, senior lecturer in the Department of War Studies at King’s College London.

“The big problem for him is that Russia’s war against Ukraine has been a disaster for Russian military credibility – their performance has been a very poor advertisement for their weapons.”

Asked which Russian weapons systems had performed worst in Ukraine, retired U.S. General Ben Hodges cited assessments by U.S.defence officials that Russia was suffering failure rates as high as 60% for some of its precision-guided missiles.

Western sanctions imposed against Russia also raised questions about its ability to source components and provide maintenance for the weapons it sells, added Hodges, a former commander of U.S. Army forces in Europe.

“I’d be very concerned as a prospective buyer about the quality of the equipment and the ability of the Russian Federation industry to sustain it,” he said.

Ukraine has made effective use of U.S.-supplied weaponry, especially the High Mobility Artillery Rocket System (HIMARS), and Russia has taken a series of major blows. These include explosions at an airbase in the Russian-annexed Crimean peninsula last week that destroyed at least eight aircraft on the ground, according to satellite images.

Nevertheless, Putin said the forces of Russia and its proxies in the Donbas region of eastern Ukraine were fulfilling all their tasks.

“Step by step they are liberating the land of Donbas,” he said.

Russia calls the invasion that began on Feb. 24 a “special military operation” to demilitarise its smaller neighbour and protect Russian-speaking communities. Ukraine and its allies accuse Moscow of waging an unprovoked war to capture territory.

Chief writer on Russia and CIS. Worked as a journalist on 7 continents and reported from 40+ countries, with postings in London, Wellington, Brussels, Warsaw, Moscow and Berlin. Covered the break-up of the Soviet Union in the 1990s. Security correspondent from 2003 to 2008. Speaks French, Russian and (rusty) German and Polish.