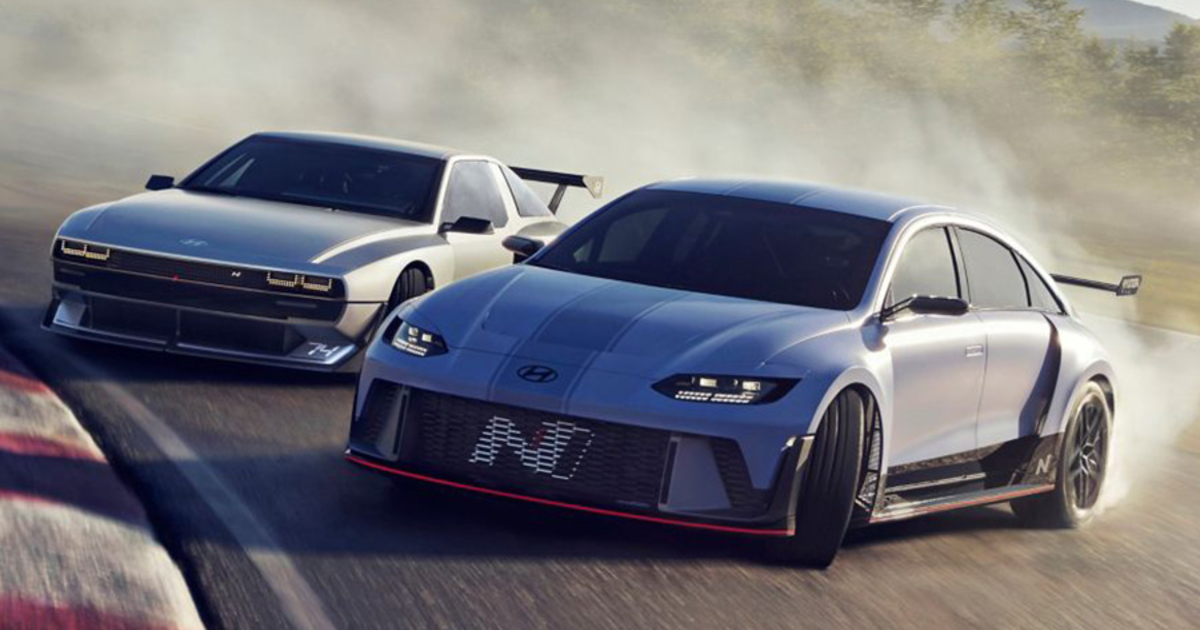 Hyundai has unveiled two high-performance concepts cars, the RN22e and the N Vision 74, that its engineers will use to develop solutions that will be carried over to its N subbrand.

The first car to benefit from the so-called “rolling labs” will be the Ioniq 5 N, the range-topping performance version of the midsize SUV that will debut in Europe and worldwide next year.

The rolling labs are “great assets” that are being used to turn the N subbrand’s electrification vision into reality via the Ioniq 5 N, Hyundai Vice President of N Brand Management Till Wartenberg said in a release.

The Ioniq 5 is the first Hyundai based on the automaker’s Electric Global Modular Platform (E-GMP), which also underpins the RN22e concept. The Ioniq 5 was the No. 6-selling EV in Europe in the first half with a volume of 16,955 units, according to figures from Dataforce.

Hyundai says the RN22e offers “racetrack-ready” performance by optimizing the E-GMP platform within the design parameters of the Ioniq 6, which was unveiled in June.

It is slightly longer and wider than the Ioniq 6, but not as tall while the wheelbases are identical.

To optimize handling despite the RN22e’s higher weight, Hyundai is exploring whether to add torque vectoring to the concept, for which Hyundai has shaved a number of kilograms by using 3D-printed parts.

The N Vision 74 is a high-performance hydrogen fuel cell hybrid that was inspired by Hyundai’s heritage.

The N Vision 74’s design pays tribute to the 1974 Hyundai Pony Coupe concept, which was developed by the legendary Italian car designer Giorgetto Giugiaro. The concept contributed toward prototypes for Hyundai’s first sports car, but the vehicle never made it into production.

“The N Vision 74’s future-oriented design reflects the respect and appreciation we have for the dedication and passion that went into the Pony Coupe concept,” Hyundai Design Center chief SangYup Lee said in the release.

Hyundai says the N Vision 74 reinterprets the Pony Coupe concept’s interior as an entertainment space without losing the pure architecture of original.

The N Vision 74 is equipped with a driver-centric cockpit with a blend of heritage elements and modern design, such as a digital cluster but with analogue buttons.N Vision 74 is also inspired by the Hyundai N 2025 Vision Gran Turismo concept, which was unveiled in 2015 to show Hyundai’s vision for high-performance hydrogen-based vehicles.

The N Vision 74 takes that idea further with a hybrid structure that combines battery electric and fuel cell powertrain characteristics, which Hyundai says improves the car’s cooling efficiency. Another advantage is being able to tap into two different power sources depending on different driving conditions, Hyundai said.