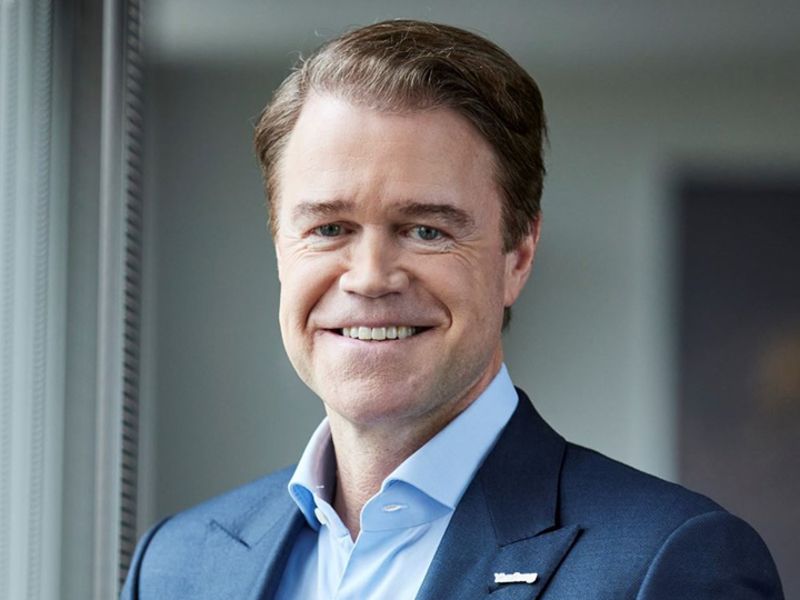 Han Hendriks has had a front-seat view of the evolution of the automotive interior for more than two decades. He has held top level posts in the sector since 1999, when he was with Johnson Controls, which joined forced with Yangfeng Automotive in 2015. Today Yanfeng is the world’s largest interiors supplier and Hendriks is the company’s chief technology officer. He recently spoke with Automotive News Europe Managing Editor Douglas A. Bolduc about the rising responsibility large suppliers are being given by automakers to develop entire systems for vehicles. He also explained what Yanfeng is doing to offset the chip shortage and shared details on its newest solution to kill germs inside cars.

Are automakers more interested in getting individual components or systems from Yanfeng, and how will that evolve in the next five to 10 years?

Because our customers are facing so much disruption and change as they build up capabilities in so many new areas, they are asking some of their key suppliers to take on bigger responsibilities, this includes system responsibilities, so they can focus on their new areas such as electrification. I definitely see the trend to move to systems from components with some of our customers. In addition, we have several new mobility players that have never manufactured a car in their short histories. They are looking to give interiors suppliers more responsibility because we have the know-how. We make more seats, cockpits, door systems, you name it, than any of our customers. Therefore, there is an opportunity to increasingly move toward becoming a systems supplier versus only supplying components. But to be an excellent system supplier, you have to be able to manufacture excellent components and know how to create cost and performance synergies if you are allowed to put it all together into a system.

What is the catalyst for this change?

What we are seeing is that our customers are very busy trying to understand and master new areas. They are becoming software companies. They also have to shift their emphasis from something that was the Holy Grail in automotive, the internal combustion engine, to electric drives. The engine was where they differentiated themselves. Now they have so much work to do to conquer new areas that they allow companies such as Yanfeng, which have the capability to take on more responsibilities, to start earlier in the development process and to bring more components together to create systems. They listen to what we have to say. They are interested in seeing our prototypes. Therefore, I think the time is right for us to drive this system approach and really bring value to our customers so they can focus more on those new areas.

How has the company dealt with the chip shortage?

So far, we have been able to meet our customers’ volume demands. We are supplying what they need. However, we are suffering from the same problem. The shortage impacts our volume, which means we have to adjust the capacity in our plants. Overall, we do not think this is a long-term threat to the business. I think there is light at the end of the tunnel, maybe we see it by the end of the fourth quarter or in Q1 2022.

We are not going to develop our own chips. What we have done, however, is develop our own ECUs (electronic control units). We also developed what we call our smart cabin controller. We did this because we recognize that there will be an increase in the electronics, features and functions that make up the in-car user experience. What is important for the end user is to have a useful and enjoyable in-car experience and to achieve this requires some choreography of all the functionality. It’s not just on-off switches. It’s about how it all works together. To achieve this, we developed our own smart cabin controller and at a subsystem level, our own ECUs.

Yanfeng has been working on ways to make the interior cleaner. Is this something in high demand the COVID-19 world we are living in now?

First of all, I think that the personal car is a very safe solution because it’s a confined, controllable space. We started long ago with antimicrobial surfaces, using special coatings that kill germs up to 99 percent of germs. We also have developed solutions that purify the air using UV light. This is being implemented in vehicles as we speak. And we had fortuitous timing because several months before the pandemic hit, we came up a solution that cleans the complete interior’s high-touch areas using UV light from an overhead console. We didn’t know that the pandemic was coming, but after it started that solution took off big time, generating high interest. Now we are looking at additional applications such as a special box equipped with UV light that you can put your phone or your keys or other items in to have them quickly cleaned of germs.

Are any of those products already on the market?

An integrated solution usually takes about two years to bring to market. So, we are not there yet but we are very close. Therefore, I cannot talk about the first car brands that will come out with this UV sanitizer solution in their production vehicles.

There are fully autonomous vehicles on the road already, so it’s not going to be this magic moment where on December 31, 2025, we have autonomous cars traveling within a geo-fenced area. That’s happening already. These are vehicles without steering wheels. But when it comes to those vehicles being accessible for you and me, I think toward the end of the decade we will see a lot more fully automated vehicles. The predictions regarding the transition to mass autonomous vehicle usage is between 2030 and 2035.

Yes. Some of our customers put the brakes a little bit on autonomous. The pandemic forced them to rethink their investment strategies as did the rapid shift toward electrification. You can only spend your money once, so they had to make some choices. On the other hand, some customers didn’t slowdown. If we look at recent vehicle introductions, especially in the premium segment, we see these evolutionary higher levels of automated driving being offered. In addition, companies that only focus on autonomous driving such as Waymo, continue to accelerate. So, yes, we were aware of some of those decisions to slow down, but I think it’s picking up again.

At one of Yanfeng’s event a couple years ago I was introduced to your so-called “shy tech” features that are embedded in the dashboard or armrest but when they are not needed, they disappear. They are just under surface. What is the future for such features?

First of all, with all these electronics, features and functions making their way into the interior, there is a real risk of cognitive overload the user. We have to move away from having so many physical buttons and find different ways to interact with the vehicle. But you don’t want all that that functionality to be in your face when you don’t need it. That is why shy tech is gaining in importance: it’s there when you need it, but it’s not in your face when you don’t need it. These solutions make sense as we transition in the next five to 10 years toward higher level of automated driving. But right now, we are still in a situation where the driver has to have hands on the wheel, eyes on the road. You cannot have all these hidden switches in a seamless, flat surface because then the driver won’t know where to go with their fingers to operate certain functions. So, these features can’t be completely shy. They cannot be completely hidden. There has to be a level of tactical guidance and feedback to operate this in a safe way. But the trend is definitely there that the interior a very quiet cocoon with a lot of features and functions that are only there when you need them.