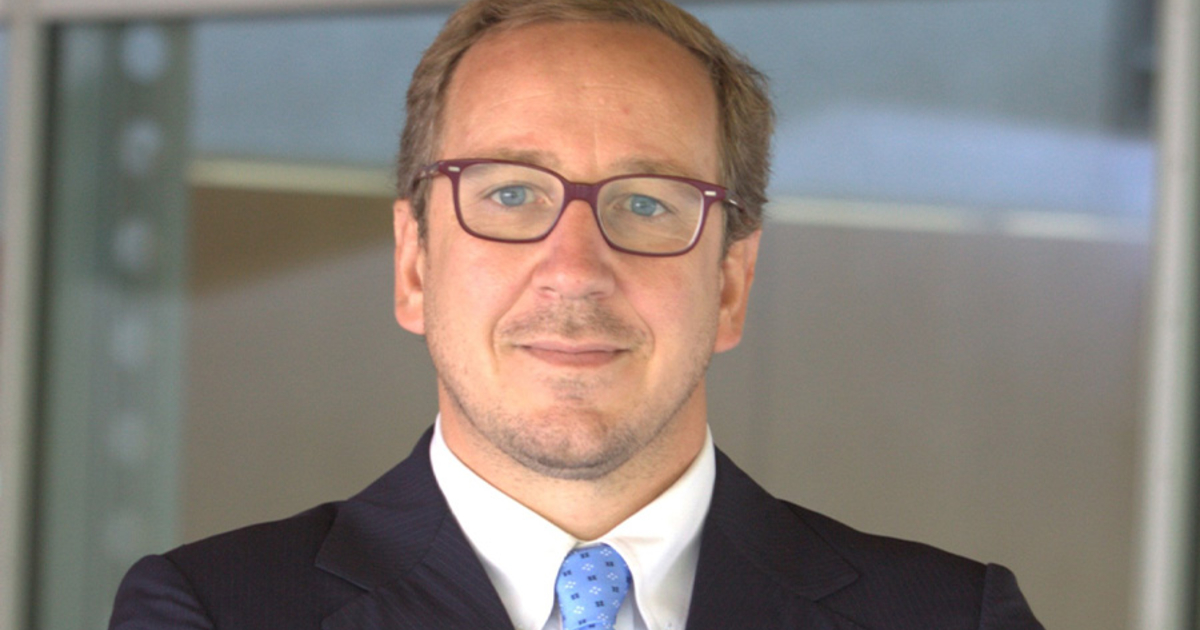 Toyota Europe has balanced supply chain difficulties with key launches in hot SUV segments to maintain sales at nearly the same level as last year in a market down 14 percent. As a result, the company’s half-year market share, including Lexus, rose to 7.1 percent from 6.4 percent during the same period last year, according to figures from ACEA, nearly matching BMW Group. Automotive News Europe Correspondent Nick Gibbs asked Toyota Europe’s Vice President of Product Strategy and Marketing, Andrea Carlucci, how the company achieved its success despite the multiple headwinds it has faced from growing inflationary pressures.

Toyota Europe’s sales this year are flat in a down overall market. Are your models becoming more popular with consumers or have you been better at solving supply chain issues than rivals?

It’s a combination of both. Supply disruptions have hit everyone. But if you look at our product portfolio and what we have added, for example, the Aygo X [crossover-styled minicar] and the Yaris Cross [small SUV], we have launched SUVs that are becoming more and more relevant for consumers. That has made us more resilient.

Do you expect consumers to move further toward these higher-priced SUV models or does the delay between order and registration mean this is a hangover from when everyone had a bit more money?

Are we reaching a ceiling for SUV demand? I don’t believe so. The SUV offer is multiplying. For example, B [small] SUV sales have surpassed B [small] cars for the first time. This shows us where the consumer sentiment is growing. We have also seen this with Aygo X since we changed its character to be more like an SUV. In August we had a 16 percent share of the minicar segment, which is quite remarkable.

How many more cars could you have sold had supply not been constrained?

With 20 percent more revenue? Or are today’s prices not achievable with normal supply levels?

I would say, yes [we could have had 20 percent more revenue]. Prices have increased due to short supply, but we tend to mitigate this because we believe we must remain competitive in the market. Inflation in the price is because of rising raw material costs. I doubt that the markets return to a lower [price] level. Nobody knows what will happen to pricing once supply constraints are less severe. My feeling is that we are seeing some stabilization.

So, you wouldn’t increase discounts as a result of normalized volume?

The key is to maintain competitiveness. We never chase volume for volume’s sake. We emphasize quality over volume, as a result we have already achieved a reasonable price premium versus the average mainstream automaker. Between 70 and 75 percent of our share in Western and Central Europe is hybrid, which also results in a higher price.

Will EVs change that?

That is difficult to predict. The move toward electric might lower demand for SUVs because they are less efficient. Ultimately, we need to follow our strategy, and our main focus is on commanding a reasonable price premium versus the competition.

The margin is equal to any other car.

What is your average waiting time?

About six months, but for some models it’s nine months to a year if they are in short supply.

Do you prioritize new model launches?

No. Instead we considered whether to postpone a launch. We look very closely at our order book, and we tend to satisfy the existing demand first and then move our focus to a new launch.

With waiting times of up to a year, how do you balance the need to honor the sale price with the need to compensate for rising materials cost and other inflationary pressures?

While there are specific market conditions that may require a slightly different approach, we try to factor in potential increases because we prefer to commit to the price in the contract.

The Corolla is now the No. 2-seller in the compact segment after the Volkswagen Golf and closing that gap fast. What is driving this success?

Although this category is shrinking overall, the Corolla is performing incredibly well with a share close to 15 percent. The Corolla’s private versus fleet sales are stable. And those fleet sales are not being heavily discounted. We made the right choice to build more Touring Sports [wagons] than the hatchback variant. Today the wagon accounts for about 65 percent of Corolla sales. Having extra wagons to sell is a valuable weapon against the competition. In addition, we are probably a bit less supply constrained than our rivals. Another advantage is that hybrids are in strong demand.

Are you seeing evidence that customers are spending less per new car?

We haven’t seen much evidence of this. However, I think there will be a slight slowing of the pace of the market because of inflation. The success of the Aygo X shows there is strong demand for entry-level models. Is 15,000 euros the right entry price? It’s difficult to say. A lot depends on the monthly payment. Residual values are pretty solid, which help cover the monthly payment against rising prices.

Yes. This will naturally go up. That is why we are transitioning more into asset management, whereby we look at the total cost of ownership for the consumer. Of course, the financing component is there, but the overall bundle will ultimately drive customer choice. We can be extremely competitive here because we have some control over extras such as insurance. This allows us to mitigate that increase.

If you go to asset management won’t having cars on your books cost you more? How will you offset that?

It might also be an opportunity. If I look at [Toyota’s mobility and finance brand] Kinto, it’s still a small volume player, but it’s growing fast and will generate more profitability. So, having the car on the books can be a liability, but it can also be an asset and an opportunity.

What opportunities do you see?

It is a matter of governance. Who’s making the money on the used car? If retailers can retain as many cars as possible — not just for the first owner but a second and a third — they are going to make a lot more than they do today.

Will you control these second-life vehicles through a different dealer model? Would that be the agency model?

We don’t want to substantially alter the model we have today. We want to make it more efficient. This is not about cutting intermediaries out of the pipeline. We really want to make sure the same stakeholders extract more value by maximizing the opportunity that comes from properly managing the vehicle from day one to nine years later or whenever it reaches the end of its life cycle.

What is your sales outlook for next year for Toyota and the overall market?

First of all, we along with most other automakers have a robust order book. This will have an effect. The market lost somewhere between 6 and 8 million cars over the last two years so at a certain point we expect to see some rebound. Also, less profitable channels such as rental cars, which were abandoned for the last couple of years, will have to come back to some level or normality. Supply constraints will continue next year, but they won’t be as severe, so overall volume could rise.

For Toyota as well?

Yes. Largely because we expect there to be a positive impact from new models such as the Yaris Cross, Aygo X, and the launch of the Corolla Cross next year. We also will add BZ4X [electric midsize SUV].

When will we start to see a strong supply of the BZ4X in Europe?

At the moment our colleagues in Japan are deeply investigating [a wheel problem that led to a recall], so we don’t have a firm date for the car’s arrival here.

Do you need the BZ4X for CO2 compliance?

We will need BZ and electric vehicles when the target tightens. At the moment, we are within targets [without it]. I believe that we reach out targets with our hybrids.

How many more years can you be compliant only with hybrids?

Hybrid will be the backbone of our compliance for many years to come, but I cannot tell you exactly how many.

What is your prognosis for plug-in hybrids? Incentives are ending and the EU policymakers have indicated that there will be tougher regulations on their CO2 emissions. Is there a future for the powertrain?

The technology is valid regardless of the incentives. It offers a fantastic opportunity because it can be used in urban conditions in electric mode and still drive long distances using the combustion engine. I’m very passionate about plug-in hybrids. The European Commission has asked us to provide data from plug-in hybrids. I’m confident we can positively influence their view on the technology, which we have in the RAV4 and Lexus NX. I believe plug-in hybrids will continue to grow regardless of incentives.

So, will you launch more of them?

Yes, we will launch more.

Will they be in vehicles that bigger or smaller than the RAV4 midsize SUV?

Smaller doesn’t make much sense. We will be in the same size range we are now.

You have stopped operations in Russia. What would it take to for you to return?

The sanctions are really dictating the pace so it is impossible to predict when we might return. That market is down 60 percent so far this year and relegated to just the manufacturers that have no impact from sanctions.

The Chinese are also gaining share in Russia. Are you willing to cede market share to them?

We are where we are, and that is out of the market. That being said, Toyota has a very different market position to them.

Toyota has made announcements about battery plants in the U.S. and Japan. Where do you envisage battery supply will come from for European production?

We cannot discuss future product plans, but what I can say is that we will find the best, most efficient and the most customer-centric solution for Europe. We are also conscious that the regulation is evolving, making the origin of battery components a key factor.

Do you have plans to source hybrid batteries in Europe?

At the moment, I don’t think there is any change of that.