Get the simple steps to install Anaconda Navigator on Ubuntu 22.04 LTS Jammy JellyFish to start developing your Python-based applications.

Anaconda is package management with a graphical navigator for the programming languages Python and R, which supports data science, data analysis, and machine learning.

It is designed for scientific work and the analysis of (large) amounts of data. Anaconda has everything you need, including the Python interpreter. This makes it independent of the underlying system. Anaconda itself does not contain Python modules that could not be installed in other ways such as package management or pip.

The advantage of Anaconda is that you do not have to worry about resolving the sometimes complex dependencies yourself. In addition, Anaconda has its own package manager called Conda, which keeps all packages within the distribution up-to-date. It facilitates the installation and management of libraries and development environments that support working with data analysis and machine learning under Python and R. In total, numerous packages are available, including Jupyter Notebook, Spyder, NumPy, and TensorFlow.

Anaconda is available for Microsoft Windows, macOS, and Linux in the versions Individual, Commercial, Team, and Enterprise. The Individual Edition is open source software and free of charge as freeware, so that, for example, private users can learn how to handle data analysis. The paid editions Commercial, Team, and Enterprise offer an extended range of functions for commercial use and use in the company.

The steps given here for installing Anaconda Python GUI can be used for other Ubuntu versions such as 20.04,18.04,16.04 including RedHat, CentOS 8/7, Debian, Kali Linux, Linux Mint, Fedora, and more.

Unlike Python, Anaconda is not available to install using the default system repository of Ubuntu 22.04 Linux. Therefore, we have to download its installation script manually. For that visit the offcial download page of Anaconda and there select the 64-bit Linux version. This will pop-up and save a Script file of around 581MB. 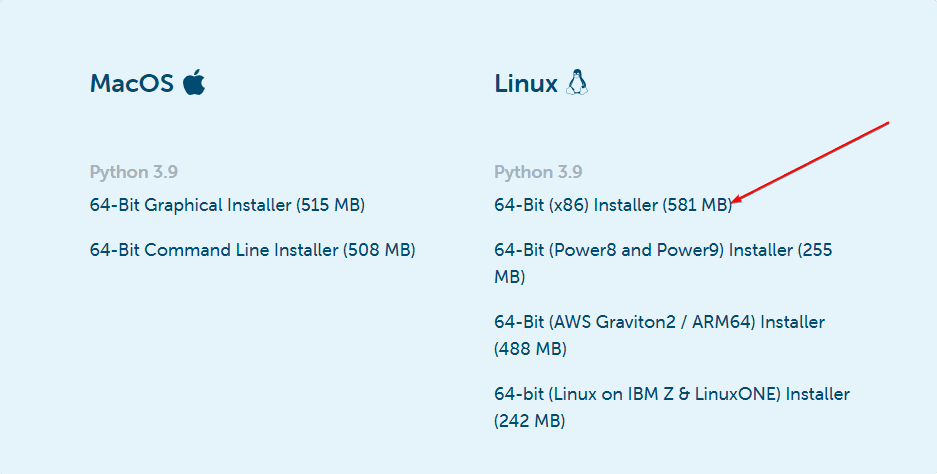 Once you have the installation script, open your system’s command terminal and switch to Downloads directory.

After that check whether the downloaded script file is there in the folder or not. Becuase whatever we download using the browser goes to “Downloads” directory by default.

Once you are sure that the file is there, run the script:

The installation wizard will be started, hit the Enter button to start the configuration process. To skip the “End User License Agreement” press ‘q‘ and then type ‘yes‘ to agree the terms and conditions.

After that, the setup wizard will ask you to set the installation folder location. By default it will create a installation directory under your current user. However, if you want to assgin some custom location then define that otherwise simply press the “Enter” key.

After installation is completed, the setup will ask you to initialize the Conda init, just type ‘yes‘ and hit the Enter key.

Next, we need to add the folder path of the extracted Anaconda in our system path, so that we can easily access its command tool without switching to its directory from anywhere in the terminal.

Note: Replace linuxshout in the above command with your Ubuntu user name.

To start using Anaconda without logging out while maintaining the state of the Current Shell or terminal; reload the bash, in simple words reload your profile without restarting or logging out the session.

If you want to set up a new Anaconda environment for your project using the command line, then use the the “Conda“.

So, for example, if we want to create an environment with Python with a name let’s say: “firstenv“, the command will be:

Now, we already have the Anaconda Environment, to install any package in that, the command syntax will be like this:

In this way, we can install whatever available packages we want. Also to activate the environment and start working with it.

6. How to deactivate Conda base enviornment

If you don’t want the Conda ‘s base environment to be started automatically on start up in your command terminal of Ubuntu, then we can deactivate that, just run the given command:

Well, those who want to use the graphical user interface of the Anaconda called Navigator to manage their project, can start it using the terminal. Run: 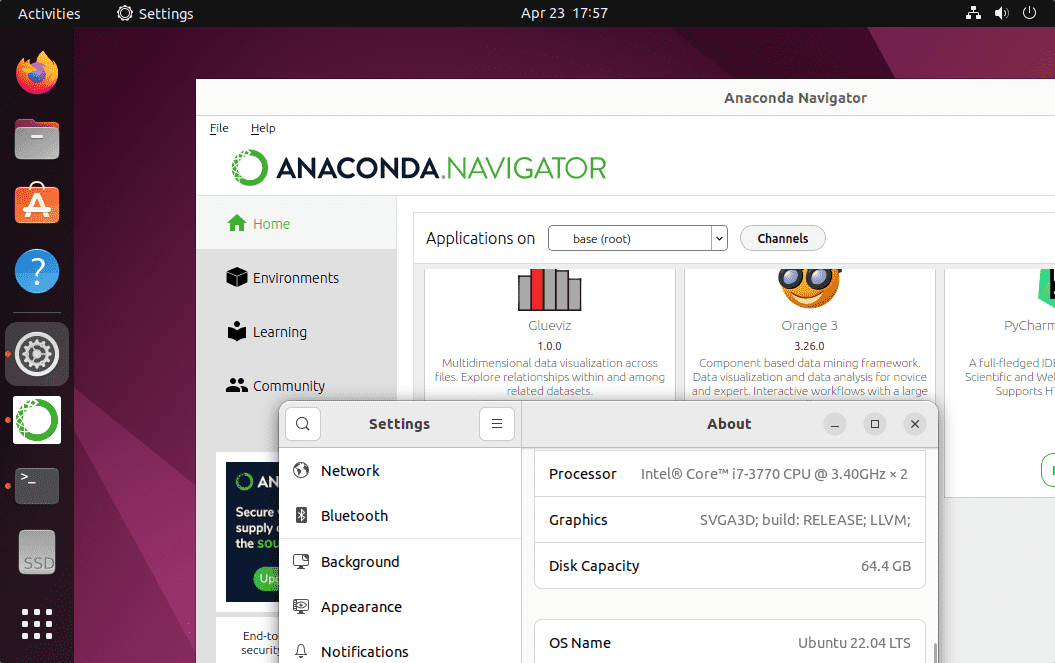 By default there will be no desktop shortcut to launch Anaconda Navigator after installing it on Ubuntu 22.04 LTS Jammy. Hence, let’s manually create the one to easily run it in the future without accessing Terminal.

Step 1: Open the command terminal on your Ubuntu 22.04 LTS or any other Linux system you are using.

Step 2: Switch to the Desktop directory by using the command:

Step 3: Now create a file for the Anaconda Desktop shortcut, for that we are using the default nano editor of Ubuntu Linux.

Step 4: You will see a text editor, where copy-paste the following text:

Note: Replace linuxshout with your username and 3.9 with the version of python you have on your system.

Save the file by pressing  Ctrl+X, type- Y, and hit the Enter key.

Also, copy the same for launcher- 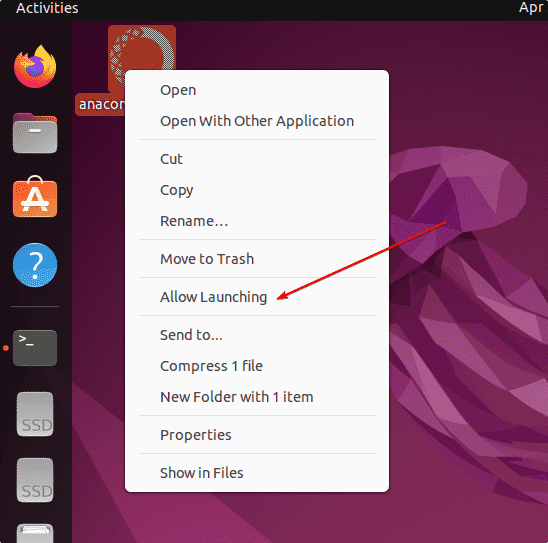 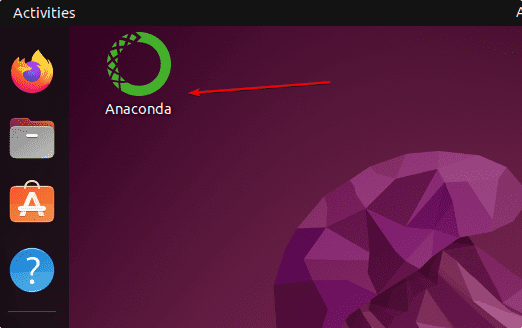