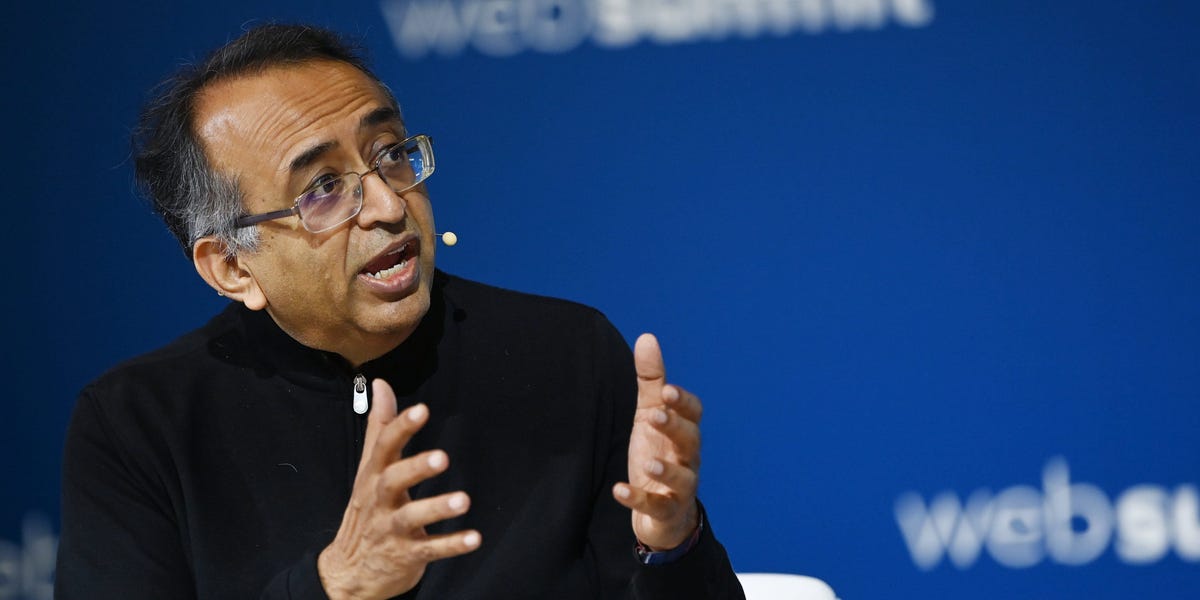 US cloud-computing giant VMware has been ranked one of the top employers in the UK by jobs site Glassdoor.

The company does not disclose employee salaries, but analysis of its US foreign labor hire disclosures indicates how much the company is willing to pay talent. The data only applies to visa applicants to the US, where compensation tends to be higher than in Europe, and doesn’t include added compensation like bonus. One senior director was offered $296,707 base salary, according to the data; a staff engineer was offered $202,893 base salary; and a product marketing manager was offered $190,000 base salary.

The company has corporate values it calls “EPIC2″ — an acronym for execution, passion, integrity, customers, and community, Melinda Lee Ferguson, vice president and general manager of VMware for northern Europe told Insider.  These values underpin a strong culture, she said that is “employee-focused, that is focused on execution in the business, being really passionate about making change, about transformation, and integrity.”

During the pandemic the company introduced a “wellbeing allowance,” for employees to spend on exercise bikes or meditation classes. It also gave workers an extra ten days off during the first year of the pandemic, and additional EPIC2 days, a dedicated day that employees take off every quarter.

The company has more than 80 vacancies in the UK listed on its website. The application process includes submitting a résumé, an initial screening, various interviews to get a “360-degree view of the candidate,” and a final interview for shortlists.

Ferguson described four traits the company looks for in candidates.

Working in tech means being able to deal with the many challenges and problems that will come your way, said Ferguson.

She added that this means bringing a new perspective to help solve problems by having “a sense of curiosity, asking questions, being willing to challenge the status quo in a positive way.”

She added: “I think the danger always is getting stuck in a ‘That’s the way we’ve always done things.’ We need people to come in and give a fresh view.”

Recruiters often say that showing intentionality and passion for the job you’ve applied for is an attractive trait in candidates.

Salesforce’s recruiting chief Nathalie Scardino previously told Insider that a candidate who has spoken to existing employees, and can talk about recent announcements will stand out.

VMware’s Ferguson echoed the advice. “Have you done the research on the company? Can you have a thoughtful enough conversation around the role? What are your real questions, whether it’s like, ‘How do I fit in, or what is your advice?'”

It can also be effective to say you want the job too.

“I think it’s fine to say you want the job, that’s actually something that is really very impactful,” Ferguson added. “It does put you out there a little bit to say ‘Hey, I really want this job,’ or ‘I’m super interested and I really hope that I’ll get the callback,’ people don’t do that as much as you would think. It’s really meaningful because you know that they really do want the job.”

Another frequent tip from recruiters is to prepare.

The best interviews are when people come with a document or a presentation that they’ll walk the interviewer through, said Ferguson. It helps conversation, and shows initiative.

Not prepping is a big mistake, Irina Fransson, head of EMEA early careers talent acquisition at Bloomberg told Insider previously. This is because recruiters and hiring managers tend to want to hear specific answers as opposed to “very high-level generic answers.”

Ferguson added: “Sometimes people will do a little presentation about themselves, about where they come from, what shaped their thinking, what their values are, and I find that really is taking a step more than the average candidate does. It really makes a big difference and makes a connection immediately and you’re able to have a really good conversation.

“Whether that person ends up being the right person for the job, they tend to be the people that you remember, and then you call them back when the next role comes up.”

Ferguson is one of many hiring bosses who appreciates a thank-you note.

“People don’t send thank-you notes after an interview anymore, hardly ever,” she said. “So when someone does, that really makes an impact.”

It’s not the recruiter “being precious” about being thanked for their time, she added, but it can help make you more memorable.